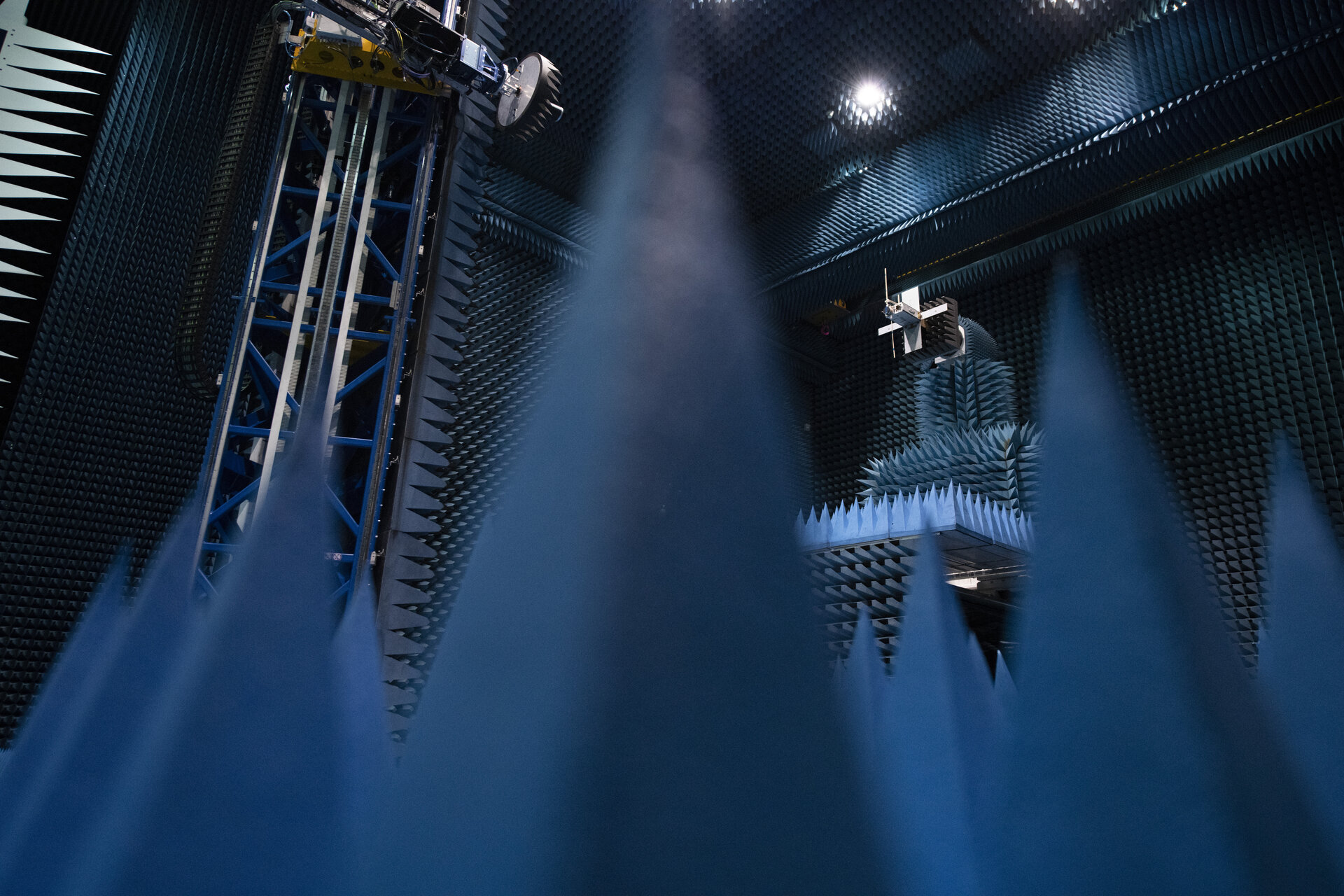 The Netherlands’ latest space firm brought its newest design for testing in ESA’s largest antenna test facility. The Hiber company has already launched its first two nanosatellites into orbit, and is busily preparing its next generation.

Dutch space company Hiber is building an orbital constellation of CubeSats – small modular satellites based around 10 cm units – to provide global low-cost connectivity for the ‘Internet of Things’, tracking and harnessing data from modem-linked objects such as haulage vehicles, power cables, pipelines or sensors for precision agriculture.

Evaluation of a test nanosatellite took place in ESA’s metal-walled Hybrid European Radio Frequency and Antenna Test Zone (Hertz) at the Agency’s technical centre in the Netherlands, shut off from all external influences for radio testing.

Hertz’s hybrid nature makes it unique: the facility can assess radio signals from antennas either on a local ‘near-field’ basis or as if the signal has crossed thousands of kilometres of space, allowing it to serve all kinds of satellites and antenna systems.

“The fact that we’re able to test out satellites in a chamber such as this, just half an hour from our base, is extremely valuable,” says Maarten Engelen, Hiber’s Chief Technology Officer.

“The results from the very thorough antenna testing has helped guide the check-out of our satellites in orbit, and feeding through to our follow-on designs. Our CubeSats possess a one-year lifetime, so this next generation will be headed to orbit next year.”

Connectivity is direct to the nanosatellites through a tiny modem and antenna linked to the tracked item. The company is called ‘Hiber’ because these terminals hibernate most of the time, turning on only when a Hiber satellite passes overhead to relay positioning and status updates.

HiberOne and HiberTwo are currently in orbit, launched in November and December last year, but a constellation of up to 48 satellites is envisaged, depending on customer demand. As the total Hiber constellation grows the revisit time between acquisitions will go down.

“We already know our satellite antennas work well enough to serve our initial customers around the world,” adds Maarten.

“But this testing is looking at how all onboard antennas are operating in combination. The spiral antenna for receiving and sending modem signals needs to work well alongside the other satellite platform antennas.

“We hope to find room for optimisation, things to tune and make more efficient use of our spectrum allocation, resulting in firmware upgrades to our terminals as well as guiding our follow-on satellite designs.”

The CubeSats were manufactured for Hiber by Dutch small satellite specialist ISIS-Innovative Solutions In Space.

Since its establishment in late 2016 Hiber has received support from various elements of ESA’s Advanced Research in Telecommunications Systems (ARTES) programme, helping it grow to be awarded the title of Commercial Startup Launch of 2018 by Amazon Web Services, and achieve its first satellite launch within a year of its founding.

Among Hiber’s pilot customers is Clean2Antarctica, a team of environmental campaigners using a solar powered car made from waste plastic to traverse the Antarctic. 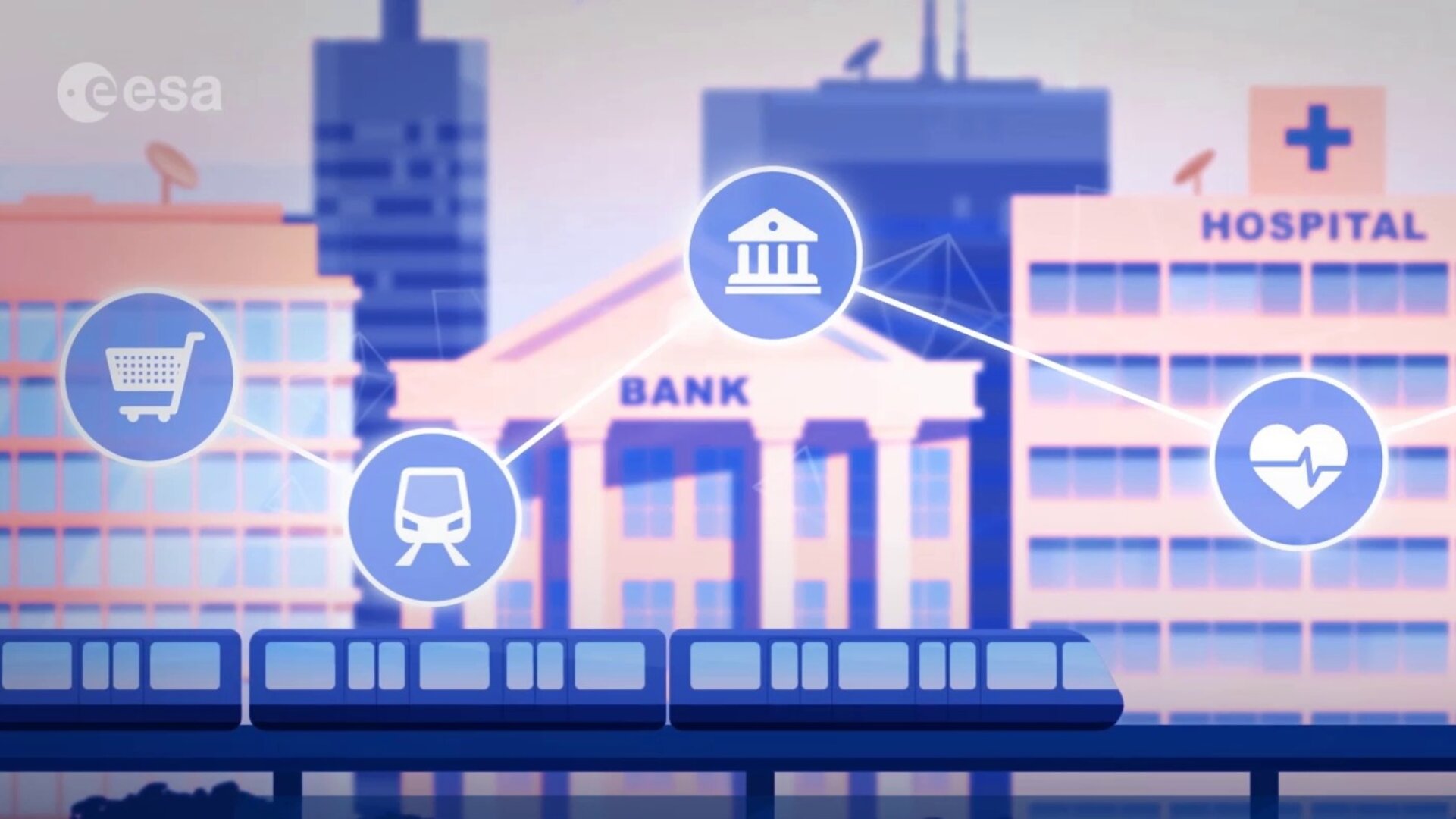 What is the Internet of Things?
Access the video