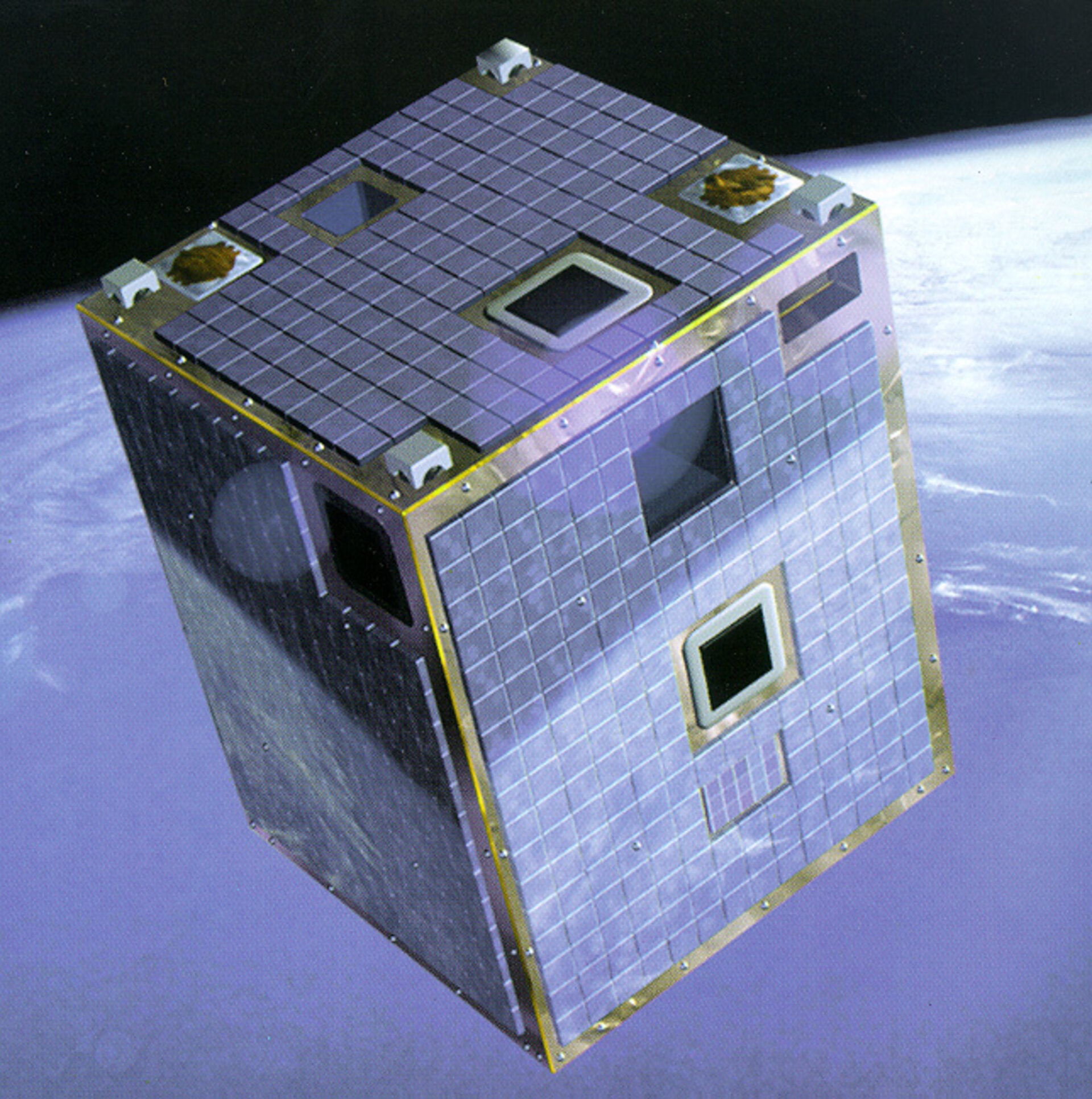 ESA’s Proba-1 recently celebrated its tenth birthday in orbit. Kept busy as an Earth-observing mission, the microsatellite has also been building a detailed picture of changes in our planet’s radiation belts.

Smaller than a cubic metre, the technology-testing Proba-1 was launched on 22 October 2001. Among the payloads was ESA’s SREM standard radiation environment monitor, which was turned on a week later.

The size of a shoebox, the monitor records high-energy charged particles, whether radiating from the Sun, the cosmos or trapped inside radiation belts entwined in Earth’s magnetic field.

The monitor’s main purpose is to identify radiation hazards to its host mission but it is also building a detailed picture of the space radiation environment.

“In particular, they show the effects of magnetospheric storms and solar particle events that inject more radiation into the near-Earth environment.

“The satellite is in a low-altitude polar orbit – with an altitude ranging between 560 km and 680 km – and passes continuously in and out of Earth’s radiation belts.

“At high polar latitudes it crosses geomagnetic field lines that are linked to higher altitudes, allowing it to monitor the state of the ‘outer’ radiation belt.”

This is a dynamic environment where radiation levels rise and fall as a consequence of geomagnetic disturbances seen in the upper panel. In addition, solar particle events appear as vertical streaks in the data.

“This is much more stable, and the regular short-term variations are due to orbital effects.”

The long-term upward trend observed in the lower radiation belt data is due to the gradual effect of the 11-year solar cycle on Earth’s atmosphere. Radiation belt particles are usually lost in collisions with neutral particles, but solar activity is now at a low point.

This reduced solar energy has the effect of shrinking the atmosphere, allowing radiation levels to rise over time.

There are several SREMs flying on ESA missions, giving insights into the radiation environment ranging across space:

Protection against space radiation is an important factor in satellite design. A contract was recently signed with RUAG in Switzerland to develop a replacement for the highly successful SREM series.

The NGRM next-generation radiation monitor should fly on many future European spacecraft and also be available commercially.