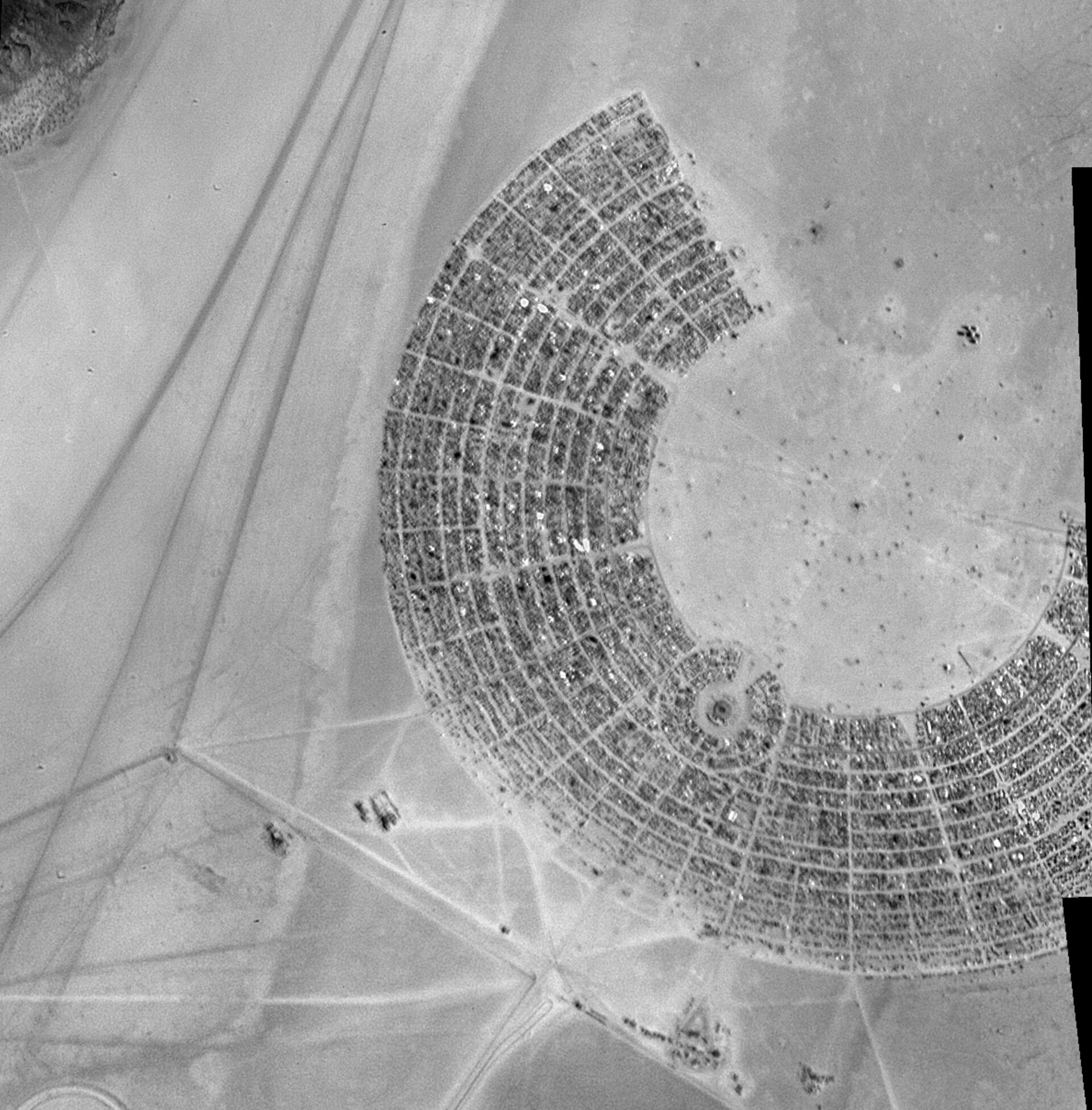 Around 50 000 people gathered in the desert in Nevada this week for the annual Burning Man festival. ESA’s Proba-1 microsatellite snapped a souvenir as it flew some 600 km overhead.

A mosaic of four 5 m-resolution black and white images was acquired by Proba-1’s HRC high-resolution camera on Thursday, showing massed camper vans and tents gathered for the week-long art and self-expression festival.

HRC includes a micro-camera developed by Swiss company Micro-Cameras & Space Exploration. It is one of a series of miniature cameras built by the company for ESA missions such as Proba-2 and SMART-1. One on Rosetta should provide us with the first views from the surface of a comet in 2014.

HRC operates alongside Proba-1’s larger CHRIS (Compact High Resolution Imaging Spectrometer) hyperspectral imager, which returns 15 m-resolution scenes across a programmable selection of up to 62 spectral bands, from a variety of viewing angles.

Fast approaching a decade in orbit, Proba-1 was the first in ESA’s series of satellites aimed at providing in-orbit testing of new space technologies. Smaller than a cubic metre, Proba-1’s many experiments include the compact HRC, acquiring monochromatic images with an area of 25 sq km.

Proba-1 was launched back in October 2001 as an experimental mission but is still going strong, having since been reassigned to ESA’s Earth observation team.

In November 2009 it was joined in orbit by Proba-2, focused on solar monitoring. Proba-3, to test formation-flying, and Proba-V, to monitor global vegetation, are in preparation.