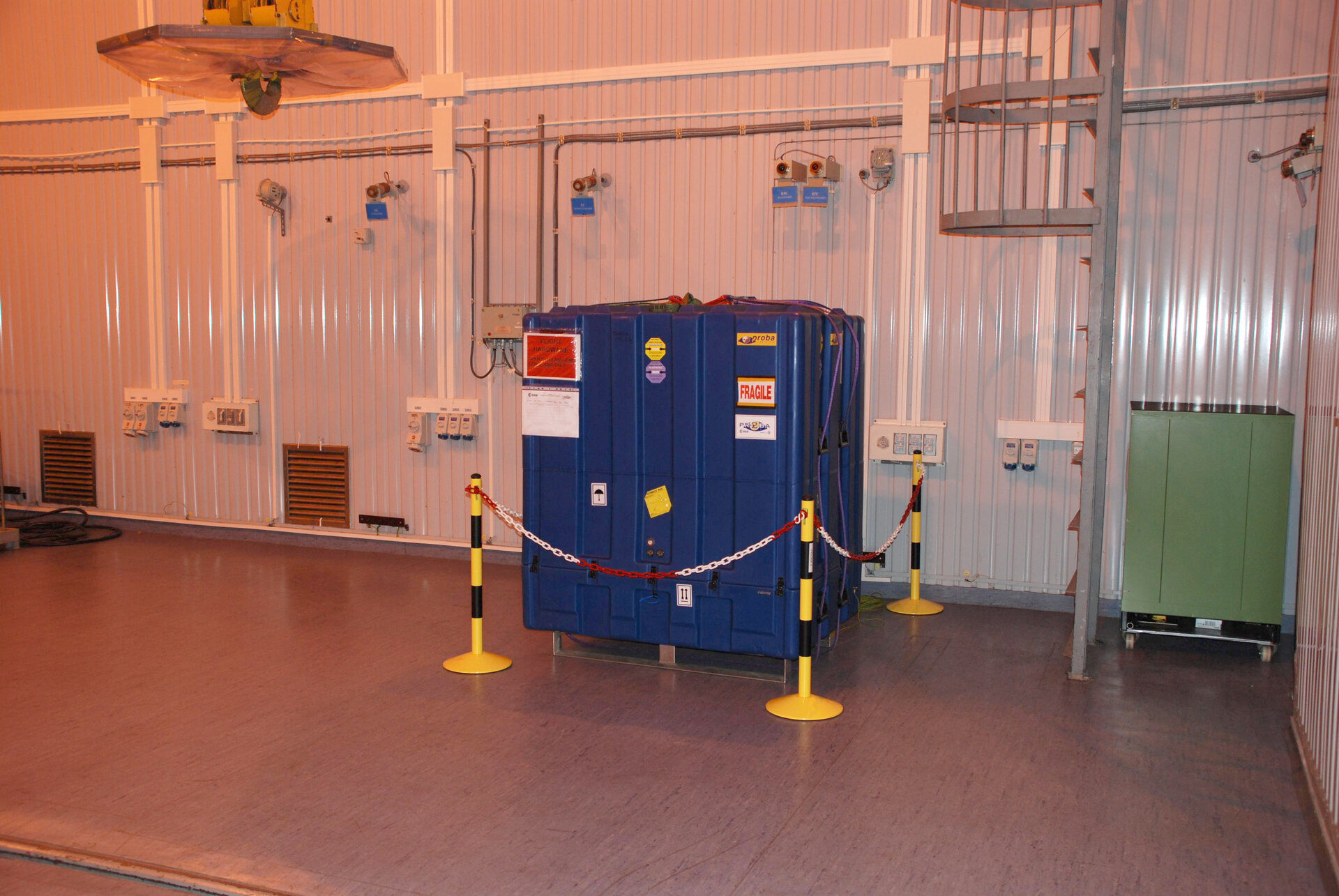 Monday 14th September – Today is a day for packing up: with Proba-2 fully integrated and system testing concluded, in a couple of days the team is leaving Plesetsk… at least temporarily.

Now is the turn of the SMOS launch team to arrive, to prepare their satellite for launch – the two ESA missions sharing the same launcher.

The Proba-2 team is however returning in mid October, for the second part of the launch campaign. This will be dedicated to the integration of little Proba-2 with the launcher adapter, and its mating with the rocket upper stage, after which the satellite’s ‘big brother’ SMOS gets placed on top of it in the launcher fairing. Until this point however, Proba-2 stays stored in its container in the clean room, and all the team’s ground support equipment is also being secured.

The aim of today’s packing is to enable the swift redeployment all equipment once the team returns, when joint operations with the SMOS team will take place. At 15:00 Proba-2 is back in its container, to the satisfaction and relief of the whole team. It’s goodbye to Proba-2, and… see you in three weeks!

It is from this little room that the team will, in a matter of weeks, be performing battery health monitoring and charging of Proba-2 up to launch day. Meanwhile at the MIK all data gathered during yesterday’s testing undergoes thorough analysis.

That night a formal dinner event takes place at the team’s hotel, attended by representatives of all involved parties to celebrate the successful conclusion of the first Proba-2 launch campaign phase.