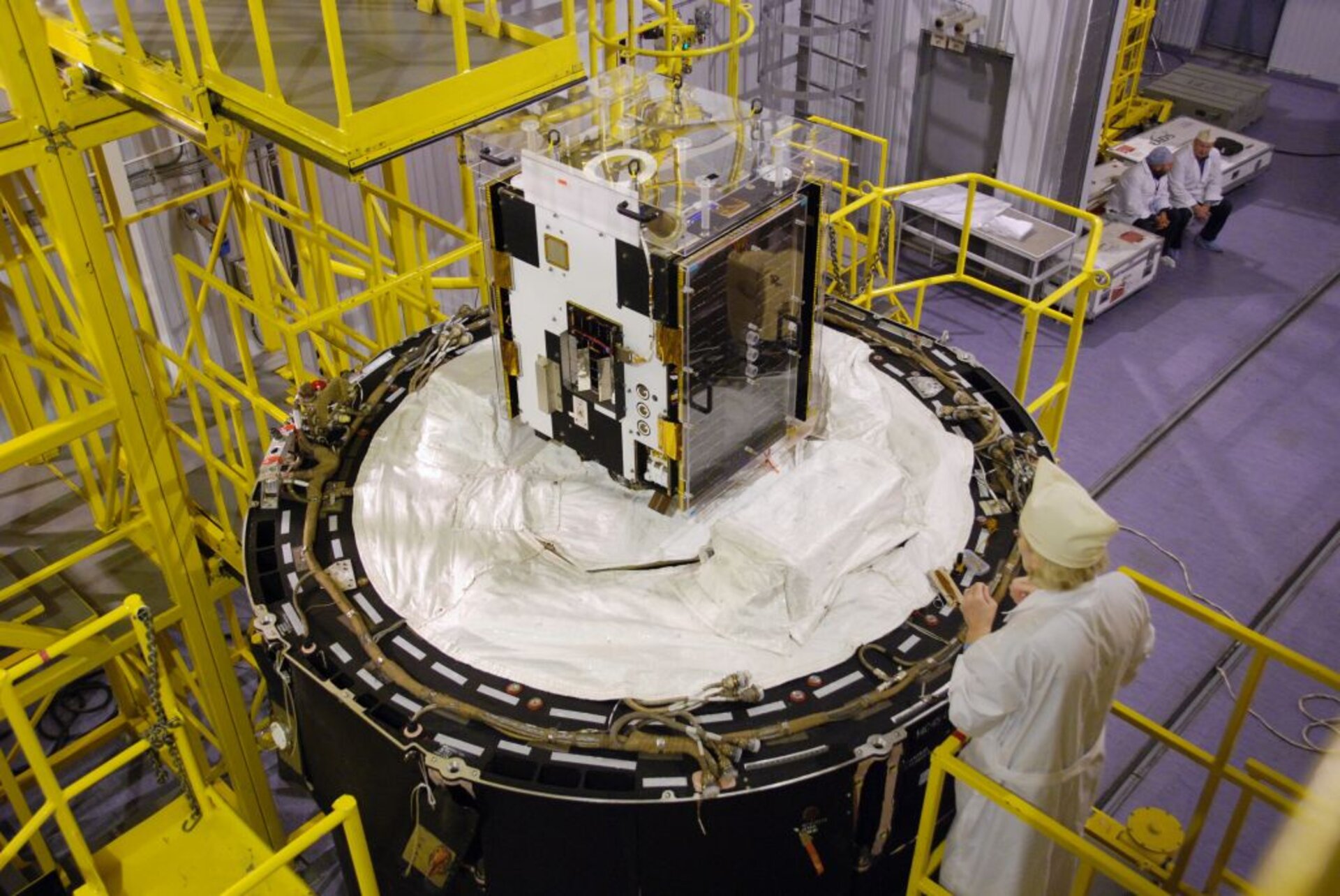 Saturday 17 October - Another major milestone on Proba-2’s journey into space is achieved today.

After preparing the spacecraft for mating activities with the Breeze-KM – the upper stage of Rockot launcher taking it into orbit - the spacecraft is moved onto a special dolly which allowed it to be transported from its satellite integration cleanroom to the space-head assembly area.

After removal of most of the non-critical covers from the satellite, Proba-2 is pushed close to the Breeze upper stage. Prior to beginning the handling activities, another formal milestone is recorded in the logbook of the launcher authorities: declaration of the Proba-2’s readiness for mating.

Now in the hands of the launcher engineers, Proba-2 is lifted on top of the Breeze and fixed into its launch position. This careful procedure is closely watched throughout by the Proba-2 launch campaign team.

Once mounted, the launcher engineers immediately continue with finalising the Breeze payload deck, mating electrical connections and attaching a customised thermal and protective cover. Now the team looks forward to the next step in launcher-spacecraft integration: Proba-2’s encapsulation by the main payload (SMOS) adaptor system.