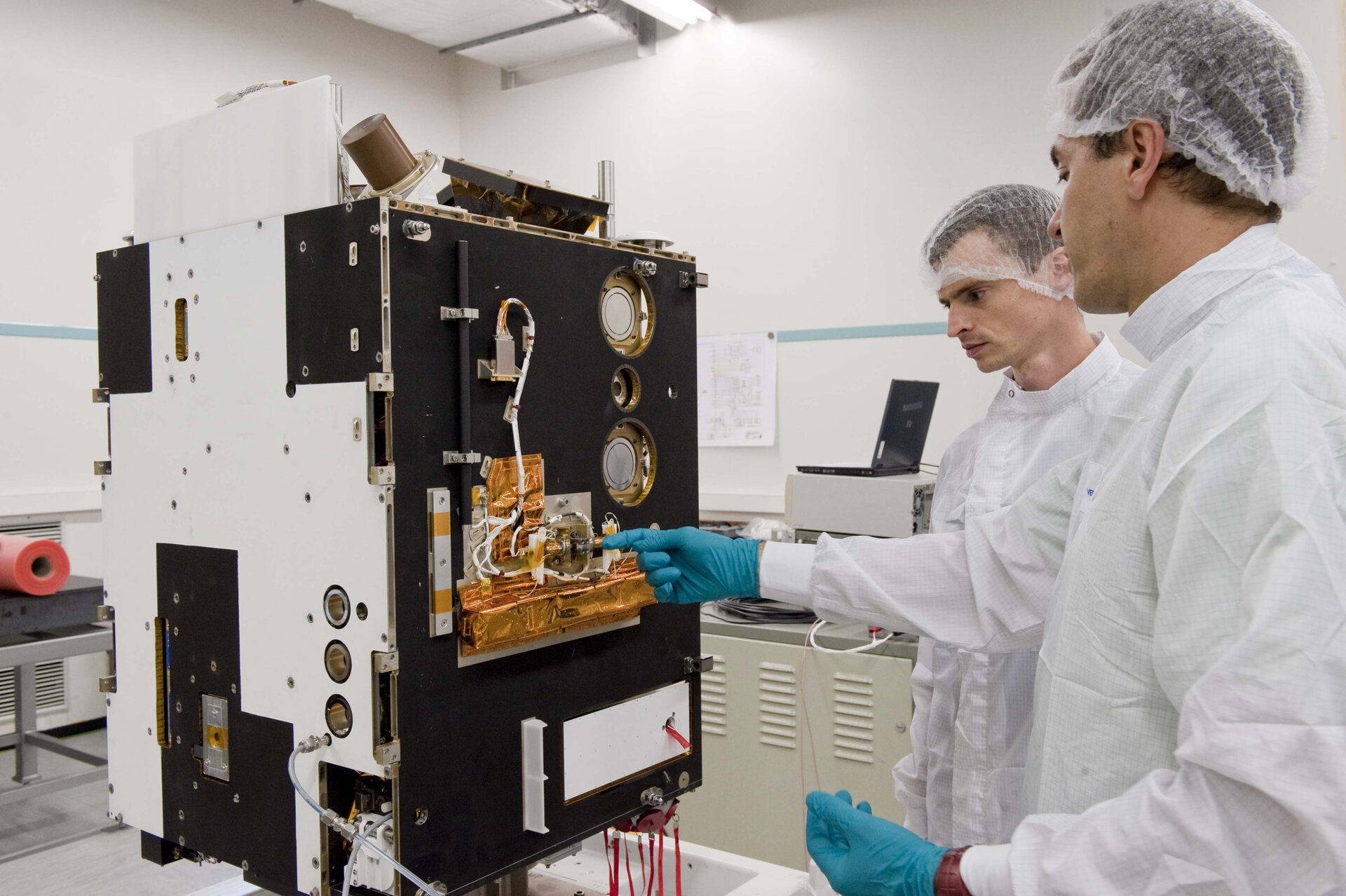 1 July 2009 - Proba-2, one of the smallest satellites ESA has ever built for space, is leaving its Belgian homeland. Its development and testing complete, the satellite is being packed up for the first leg of its journey to orbit - shipment to the distant Plesetsk launch site in northern Russia.

Like Proba-1 before it, Proba-2 was constructed for ESA by Verhaert Design & Development in the East Flanders town of Kruibeke, with the support of the Belgian Federal Science Policy Office. Belgian Minister for Science Policy Sabine Laruelle joined visited the company to bid farewell to the satellite, which is scheduled to launch in November.