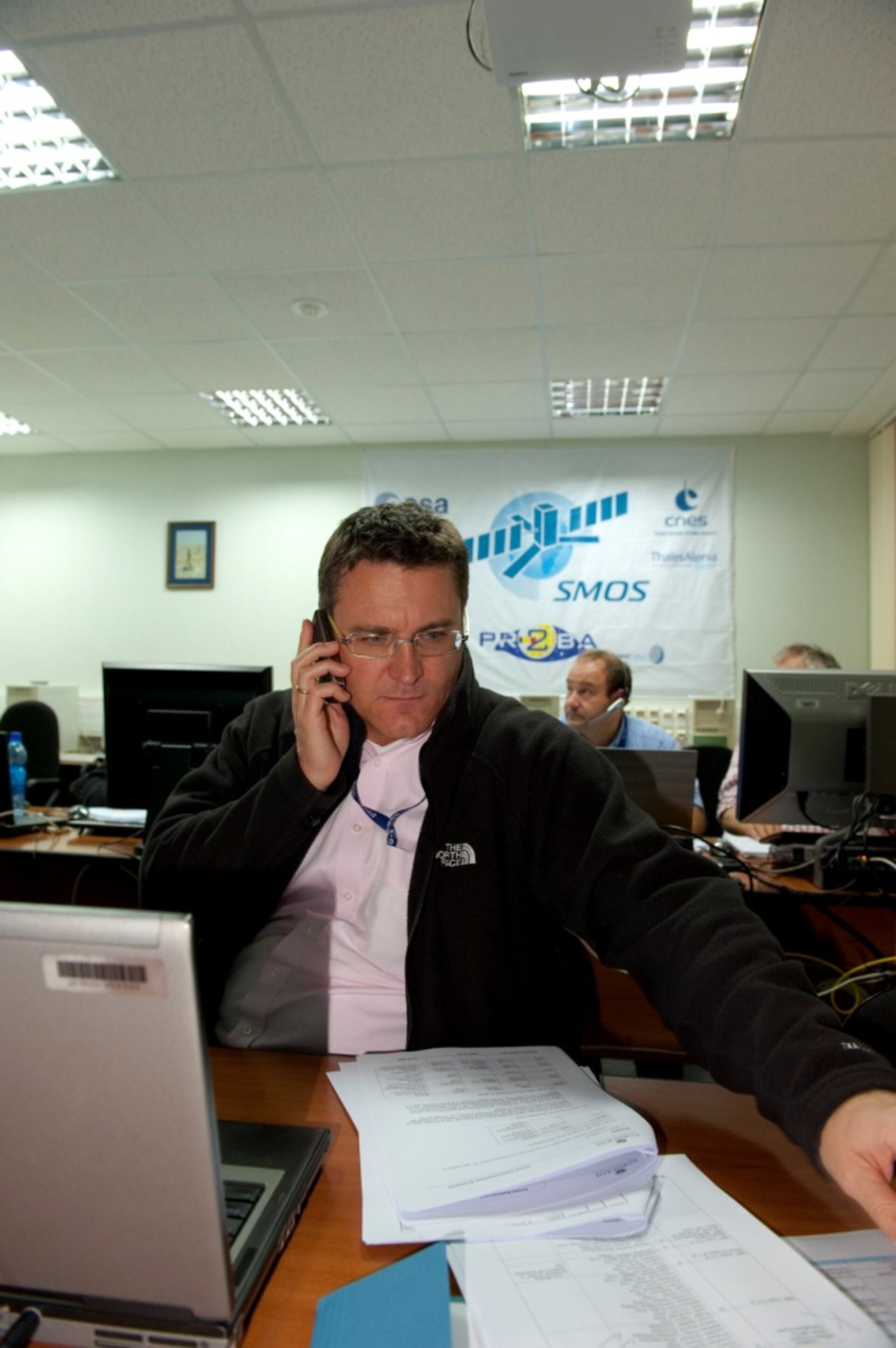 Wednesday 28 October to Saturday 31 October – On Wednesday electrical connections with the Rockot launcher were established, so that by late afternoon the team is able to reconnect its electrical ground support equipment (EGSE) to the spacecraft on top of it.

Proba-2’s final electrical configuration is verified and the team is able to continue electrical health monitoring and battery charging of the spacecraft from the undertable room beneath the launch platform.

This activity is followed by a joint dress rehearsal for the launch involving all the personnel concerned: the launcher authorities at Plesetsk, as well as the SMOS and launch teams, as well as ground station teams in Redu, Belgium for and Toulouse, France for SMOS. It kicked off at 23:00 in the Mission Control Centre (MCC).

The simulation follows the Rockot Event Launch Countdown Procedure, with all data streams including voice and video links checked out and verified up to the point of lift-off and tracking of the Rockot until radio-visibility is lost. Following this successful rehearsal, which involves spending the night in the MCC, Thursday is set aside for recuperation.

During Thursday afternoon it begins to snow. By the start of Friday the roads and surrounding landscape are completely covered by snow and ice, but the team still needs to make another trip to the launch pad undertable to apply another battery charge cycle.

Meanwhile another important step in the launch campaign is passed as the Russian State Commission holds a formal launch review, where representatives of the various organisations involved are asked to report on the status of their activities and readiness of all subsystems Representatives from both the SMOS and projects are present at the review in order to report on spacecraft readiness.

The review concludes with the State Commission’s confirmation of readiness to fuel the rocket the following day and continue with associated launch preparations, representing one of the last major milestones in the schedule to launch and SMOS.

Consequently on Saturday morning the launcher authorities commence fuelling activities on the launch pad while the Proba-2 team take the opportunity for another visit of the Space Museum in Mirny. About to become part of Plesetsk’s history themselves, they hand over a group photo of themselves and a scale model of