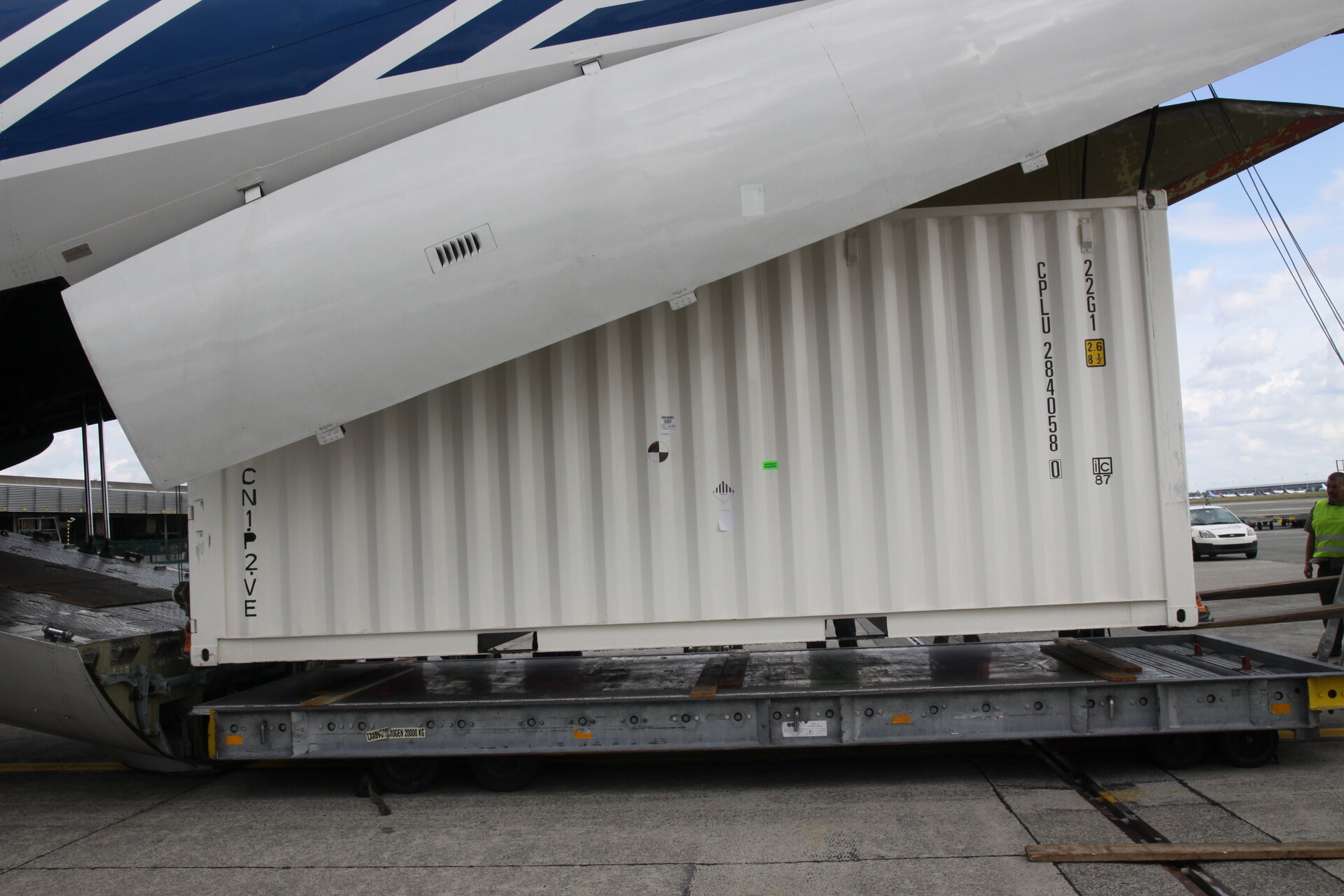 3 September 2009 – Six members of the Proba-2 team accompany the Proba-2 spacecraft during its trans-continental journey to Plesetsk. They are seated next to the Proba-2 container and their luggage, within the sizeable hold of a Ilysuhin transport plane. Proba-2 flies out of Brussels Airport at 8:50 CEST.

After a four-hour flight, the Volga Airlines-operated Ilyushin touches down at Archangelsk in the far north of European Russia for customs clearance. It takes off again at 17:00 local time for the second and final leg of the flight, to Plesetsk Cosmodrome located due south.

This 200 km journey takes half an hour. The plane is met by a welcoming committee from the Russian military space forces, Khrunichev and Eurockot – the companies running the Plesetsk launch facilities and Rockot launcher, respectively – as well as the ESA team already on site.