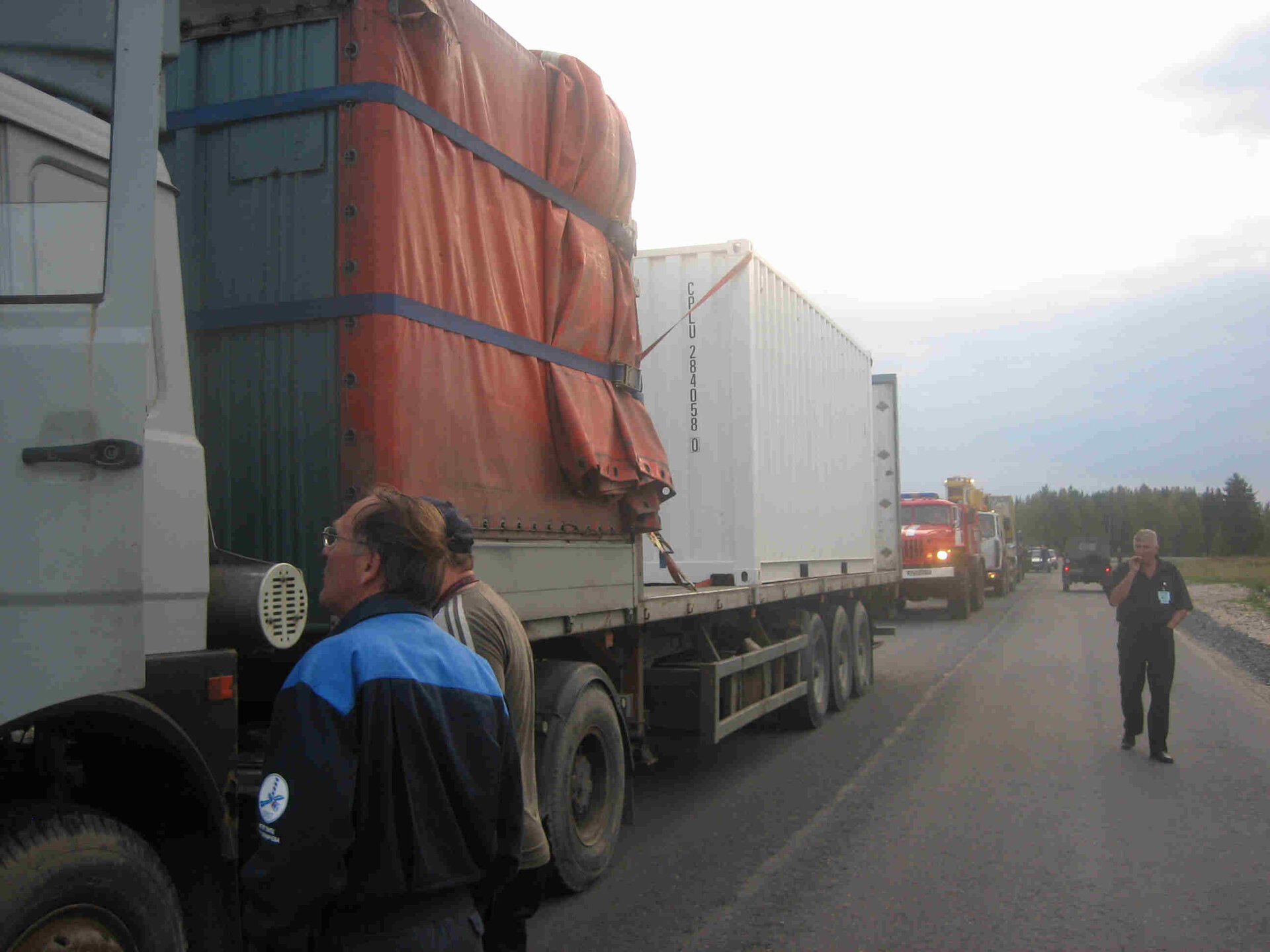 4 September 2009 – Individual team members have ventured this way before, but today is the first time the entire Proba-2 team journeys together to the MIK. Plesetsk's main integration facility is where they will be spending most of their time in the weeks to come. The 45 minute drive follows a lonely road through the taiga forest, crossing several security checkpoints and the occasional military base.

All the boxes have to be removed from the main container and placed inside designated offices, test room and clean room. It is also a period of patient learning as the team familiarises themselves with a completely different working environment, due to cultural differences and the fact that Plesetsk is a high security military complex.

But the team's objectives were met, thanks to the professionalism of all involved – the Russian space forces, Krunichev personnel including security specialists, technicians and translators as well as the Verhaert team. The Proba-2 spacecraft container and other equipment containers were all relocated as planned.

It has been a day of heavy lifting and scaling stairs. As their bus drives back to the hotel in nearby Mirny, some team members end up catching up on their sleep, in contrast to their morning excitement.