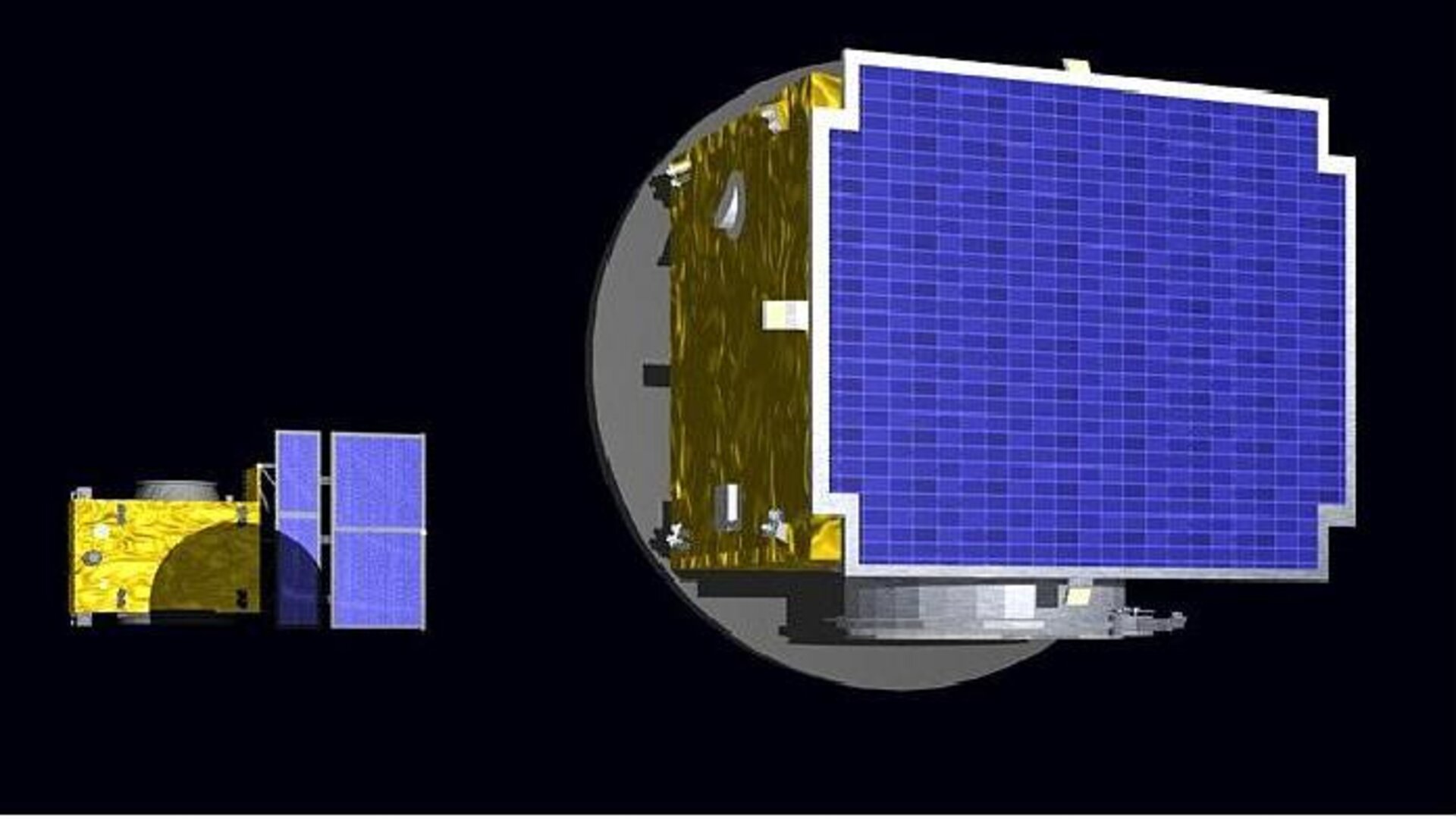 Proba-3 is devoted to the demonstration of technologies and techniques for highly-precise satellite formation flying. It consists of two small satellites launched together that will separate apart to fly in tandem, to prepare for future multi-satellite missions flying as one virtual structure and characterise sensors and other related technologies.

Current scientific and applications challenges call for the detection of ever fainter signals and smaller features. Larger apertures, longer focal lengths and baselines that are beyond what can be achieved with a single spacecraft will be required to meet these goals. The solution is satellite formation flying.

Achieving precise formation flying opens up a whole new era for science and applications. Future missions could be assembled on a much larger scale. Applications of interest include Earth observation as well as in-orbit satellite servicing.

In recent years Europe has made significant progress in the field of multi-satellite missions. ESA’s Automated Transfer Vehicle has demonstrated centimetre-scale accuracy when docking with the ISS while Sweden’s Prisma mission has demonstrated formation flying for brief periods, maintaining cm-level accuracy across tens of metres.

Proba-3 marks the next step in formation flying. Its two satellites will maintain formation to millimetre and arc second precision at distances of 150 m or more. In effect the pair will be flying as a virtual giant satellite. And this will be achieved autonomously, without relying on guidance from the ground.

Two small satellites will be launched together in late 2020 into a highly elliptical orbit (600 x 60530 km at around 60 degree inclination) and will then separate.

After a short preparatory period the two satellites will be separated and injected into a safe relative tandem orbit. The commissioning period will include demonstration of the mission’s Collision Avoidance Manoeuvre, ensuring they can be left safely in an orbit with no chance of collision or running away from each other. Normal operations will then include both formation flying manoeuvres and coronagraph observations.

The cost in fuel of maintaining formation throughout each orbit would be too high, so each orbit will be divided between six hours of formation flying manoeuvres at apogee and the rest of the orbit in passive drifting. The Proba-3 satellites will repetitively demonstrate acquisition, rendezvous, proximity operations, formation flying, coronagraph operations, separation and convoy flying every orbit.

The orbit, selected after a thorough trade-off, has several significant and attractive features. It is similar to the orbits of navigation satellites – and Molniya and Tundra orbits that are gaining importance in view of the evolution of the polar regions.

Proba-3 will be a laboratory in space to validate strategies, guidance, navigation and control and other algorithms previously tried in ground simulators. These techniques and simulators developed in the frame of Proba-3 will then be available more widely, becoming instrumental in the preparation of future missions.