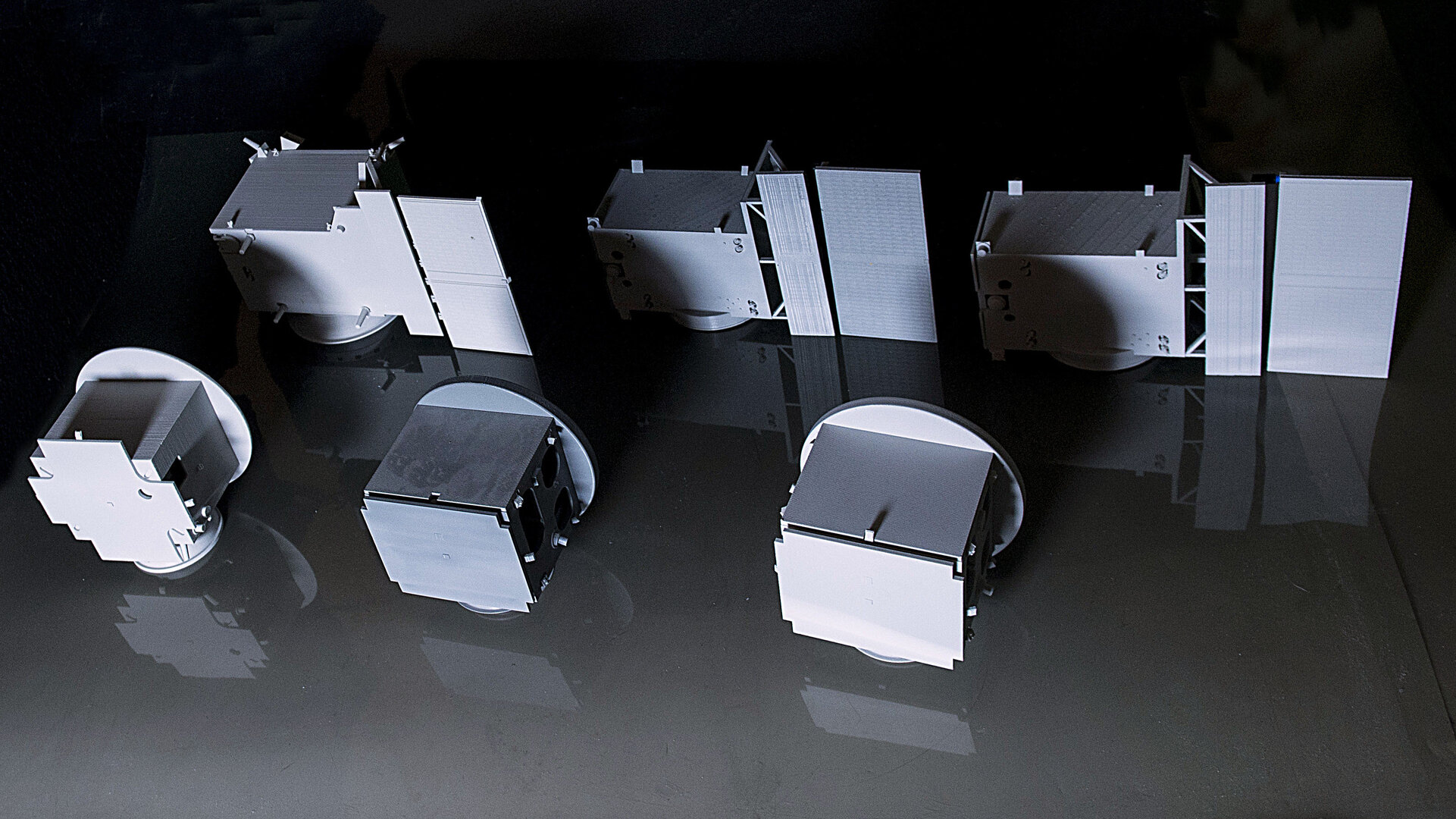 The design evolution of ESA’s Proba-3 double satellite is shown by this trio of 3D-printed models, each pair – from left to right – produced after successive development milestones.

“These paired models, 3D printed in plastic, were not made for show,” explains Agnes Mestreau-Garreau, ESA’s project manager.

“Instead, they’re used almost daily. Because Proba-3 will be the first precision formation-flying mission – with the two satellites flying in tandem– these models help the team to visualise their orientation, as well as to explain the mission easily to people. So the models have ended up somewhat battered as a result.

“The first model set was printed after our System Requirements Review, followed by our Preliminary Design Review and now Mission Consolidation Milestone – with consequent changes in mission mass, volume and design details.“

The challenge is in keeping the satellites safely controlled and correctly positioned relative to each other. This will be accomplished using various new technologies, including bespoke formation-flying software, GPS information, intersatellite radio links, startrackers, and optical visual sensors and optical metrologies for close-up manoeuvring.

“This grouping includes several of the newer ESA Member States, including the Czech Republic, Poland and Romania,” adds Agnes.

“It is a strength of this kind of small but ambitious mission that new entrants to the space sector can find important industrial roles to play on a more flexible basis than in some larger-scale programmes.”