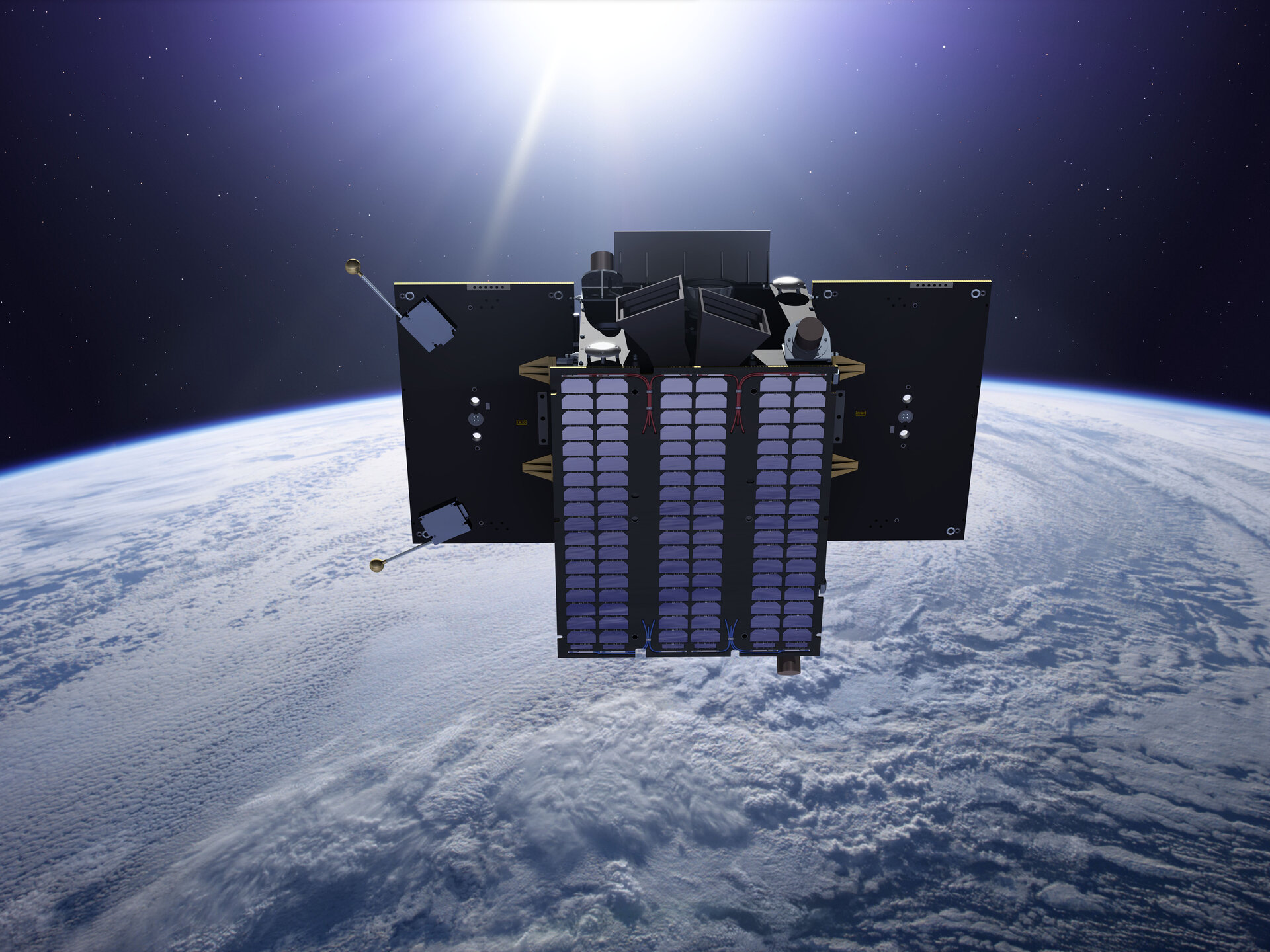 Sometimes all it takes is fresh air to get a new lease of life. ESA’s Proba-2 microsatellite is a good example: an influx of nitrogen has replenished its fuel tank, in the process demonstrating a whole new space technology.

On 16 August a telecommand was sent from ESA’s Redu ground station in Belgium to boost the gases in Proba-2’s unusual ‘resistojet’ engine.

Used to maintain the microsatellite’s orbit at 600 km altitude, this experimental engine runs on xenon gas heated before ejection to provide added thrust.

The command added nitrogen gas to the fuel tank, bringing its pressure close to its launch level.

“What makes this repressurisation unique is that the added gas was not stored in a pressurised state but produced from a solid material at room temperature, the first of four ‘cool-gas generators’ on Proba-2,” explained Laurens van Vliet of Dutch research organisation TNO, which developed the technology.

“Nitrogen, like xenon, is an inert, non-reactive gas, so the resistojet can work just as well with a xenon–nitrogen mixture.”

The bottle-shaped cool-gas generators are filled with a rigid solid material that, once triggered, produces more than 250 times its own volume in pure nitrogen gas.

“The generators are a huge step forward because they can be stored without pressure with no danger of leaking, and require no maintenance,” added Berry Sanders of TNO. “Proba’s generators had not been touched in six years.

“This is very different to standard systems with gas under pressure, which are much more complex and need regular checking and maintenance.”

The other three generators will be used later in Proba-2’s orbital lifetime.

TNO designed the Proba-2 cool-gas experiment in close cooperation with Netherlands-based Bradford Engineering, responsible for constructing it. The resistojet design came from UK company Surrey Satellite Technology Ltd while the experiment was integrated with the satellite by Belgium's QinetiQ Space.

The technology had been fast-tracked for space by the Dutch National Space Office as part of ESA’s General Support Technology Programme, supporting the development of promising prototypes into flight-ready hardware.

“With this test the technology has been ‘space-proven’, such demonstrations being one of the main goals of the Proba-2 mission,” concluded Mr Sanders.

It now has many other potential uses in space, including propulsion systems, oxygen production for astronauts and inflatable structures such as antennas, booms, landing airbags and full-sized habitat modules.

TNO and its partners are also looking at a range of terrestrial applications where it would remain dormant for most – preferably all – of its life but would have to work reliably in emergency situations, including fire extinguishers, inflating life rafts or vehicle airbags.

TNO is in the process of transferring the intellectual property involved to a dedicated company, CGG Technology BV.

Proba-2 is the latest in ESA’s Project for Onboard Autonomy series of satellites, dedicated to the in-orbit demonstration of innovative technologies.

Proba-2 was launched on 2 November 2009. Less than a cubic metre in volume, it carries a total of 17 new technologies and four science payloads focused on the Sun and space weather.