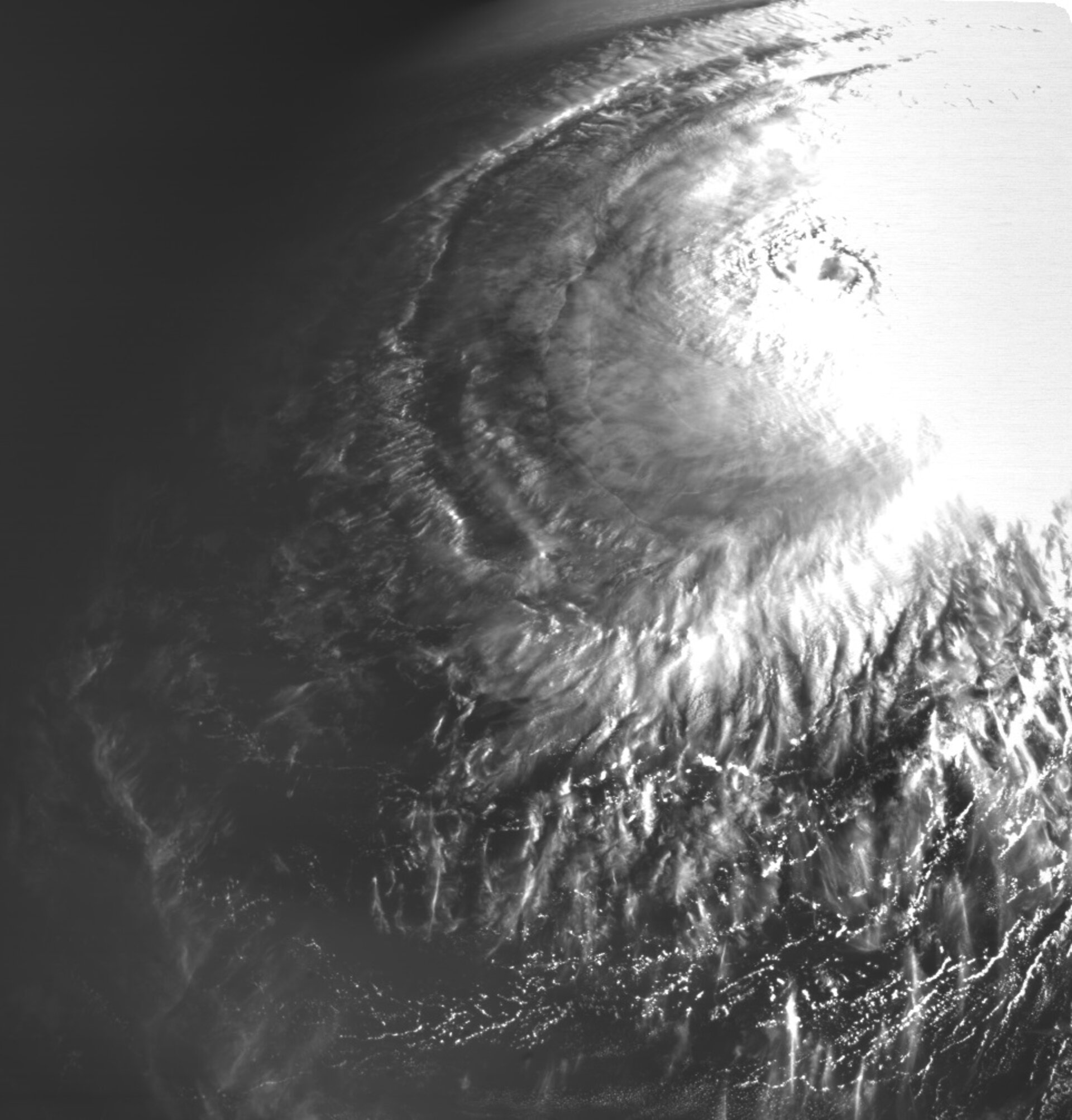 Typhoon Maysak churning across the Pacific Ocean, as snapped from space by an experimental ESA camera smaller than an espresso cup.

When this image was taken yesterday, Maysak was building to peak intensity, reaching Category 5 hurricane status on the Saffir-Simpson Wind Scale. Winds of 210 km/h had been reported swirling around its eye.

The Typhoon has already devastated islands in Micronesia, but is expected to weaken into a tropical storm by the time it next makes landfall on the Philippines on Sunday.

The black and white image comes from a test camera aboard ESA’s Proba-2. It gives a wider perspective than a standard Earth observation instrument, more like an astronaut’s-eye view, but was taken at around double the altitude that human crews currently fly, at more than 700 km up.

Less than a cubic metre in size, Proba-2 focuses on observing solar activity and space weather. But it also keeps a small eye on its home world.

One of the 17 experimental technologies hosted on the minisatellite is the compact Exploration Camera, X-Cam. Housed on the underside of the satellite, the monochrome X-Cam observes in the visible and near-infrared with a 100° field of view.

Similar compact imagers could in future keep watch on satellite surfaces to look out for damage or environmental effects.

Swiss manufacturer Micro-Cameras & Space Exploration has provided a number of other imaging instruments for ESA missions, including Rosetta’s Philae lander.