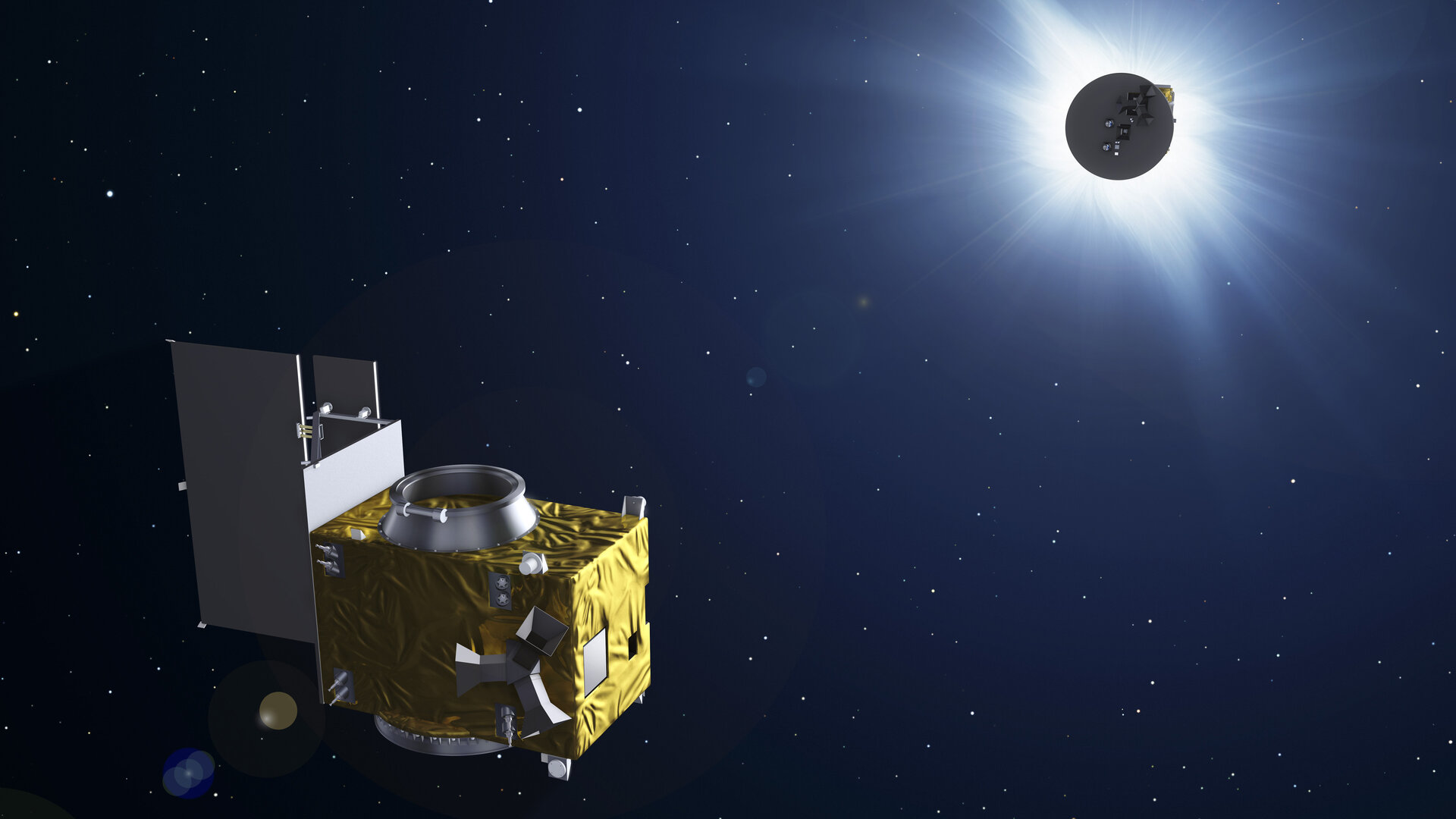 A pair of satellites flying in close formation to cast an artificial eclipse is now being turned into space-ready reality by ESA’s industrial partners.

The latest member of ESA’s Proba minisatellite family will begin its ambitious mission in about four years’ time. Two satellites will be launched together then separate to fly in tandem, going on to experiment with high-precision formation-flying techniques.

As has become traditional with Proba missions, the success of Proba-3’s technology will be proven through acquiring high-quality scientific data. In this case, the ‘occulter’ satellite will blot out the Sun’s fiery disc as viewed by the ‘coronagraph’ satellite, revealing mysterious regions of our parent star’s ghostly ‘corona’, or outer atmosphere.

The Sun is a million times brighter than its surrounding corona, so eclipsing it is essential for coronal studies.

“The technical challenge will be keeping them safely controlled and correctly positioned relative to each other.

“But success would deliver a whole new way of designing and flying space missions, with multiple rigidly controlled satellites able to form giant virtual instruments in space, far larger than anything that could be launched in one piece.”

Flight data gathered from Proba-3 can then guide the programming of simulators, opening the way to designing and evaluating a wide range of formation-flying missions to do all the tasks of a virtual large single satellite.

On the scientific side, the shadow cast from one Proba-3 satellite to the other will give a sustained view of close-up regions of the solar corona. Usually, these segments are visible only for brief moments during terrestrial solar eclipses.

Effectively, the two satellites will form a single ‘giant coronagraph’ in space. Proba-3 offers to address various enigmas, such as the fact that the corona, at upwards of a million degrees in temperature, somehow remains much hotter than the Sun’s 6000°C surface.

On 27 November, the contract for Proba-3’s scientific payload was signed by Franco Ongaro and Thierry Chantreine, General Manager of Belgium’s Centre Spatial de Liège, at ESA’s ESTEC technical centre in Noordwijk, the Netherlands.