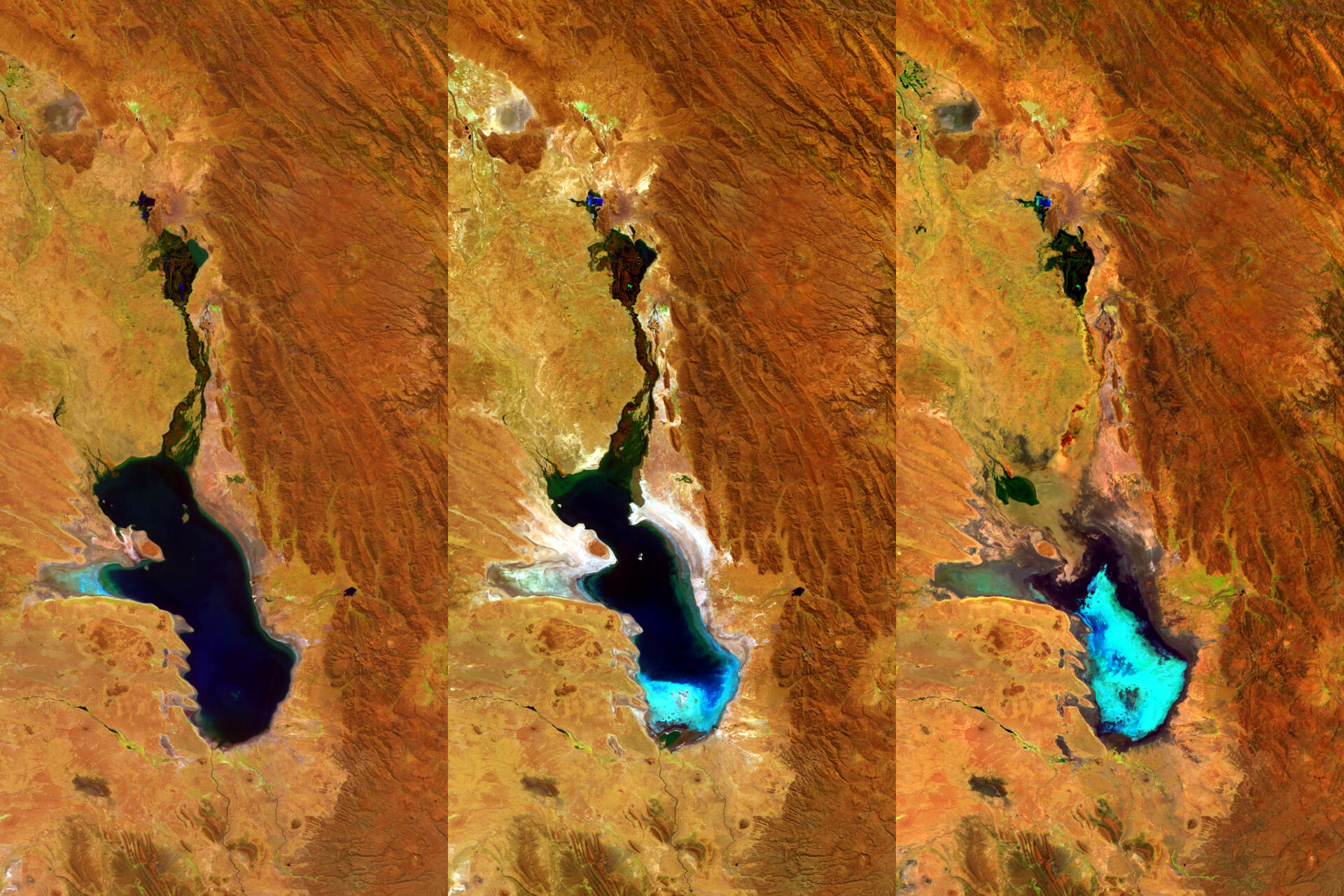 Monitoring Earth’s surface every day, ESA’s Proba-V minisatellite has had a ringside seat as the second largest lake in Bolivia gradually dried up. Lake Poopó has now been declared fully evaporated.

Occupying a depression in the Altiplano mountains, the saline Lake Poopó has in the past spanned an area of 3000 square kilometres – greater than France’s Réunion Island.

But the lake’s shallow nature, with an average depth of just 3 m, coupled with its arid highland surroundings, means that it is very sensitive to fluctuations in climate.

Its official evaporation was declared last December. This is not the first time Lake Poopó has evaporated – the last time was in 1994 – but the fear is that any refilling might take many years, if it occurs at all.

In the meantime local fishermen are left without livelihoods and the lake ecosystem is extremely vulnerable – Lake Poopó being recognised as a conservation wetland through the international Ramsar Convention.

The evaporation has been variously linked to diversions of the lake’s water sources for mining and agriculture, a persistent drought linked to El Niño warming in the Pacific Ocean and climate change.

The bluish region in Proba-V’s January 2016 image clearly shows dried-up salt flats in the southern part of the lake.

The minisatellite supplies scientific teams with data previously provided by the Vegetation instrument hosted on France’s full-sized SPOT-4 and SPOT-5, adding each day to an overall dataset that extends back some 15 years.

VITO (Flemish Institute for Technological Research) Remote Sensing processes and then distributes Proba-V data to users worldwide. VITO Remote Sensing has produced an online image gallery highlighting some of the mission’s most striking images so far, including views of storms, fires and deforestation.

ESA as owner of the satellite, is managing the mission operations and exploitation as part of ESA’s Earth Observation Earthwatch Programme.

An innovative way of enhanced data exploitation has just been presented last month at the Proba-V Symposium held in Ghent, Belgium, with more than 200 participants.

The Proba-V Mission Exploitation Platform allows users to process large amounts of data by applying their own algorithms ‘close to the data’. For further information, see http://proba-v-mep.esa.int.