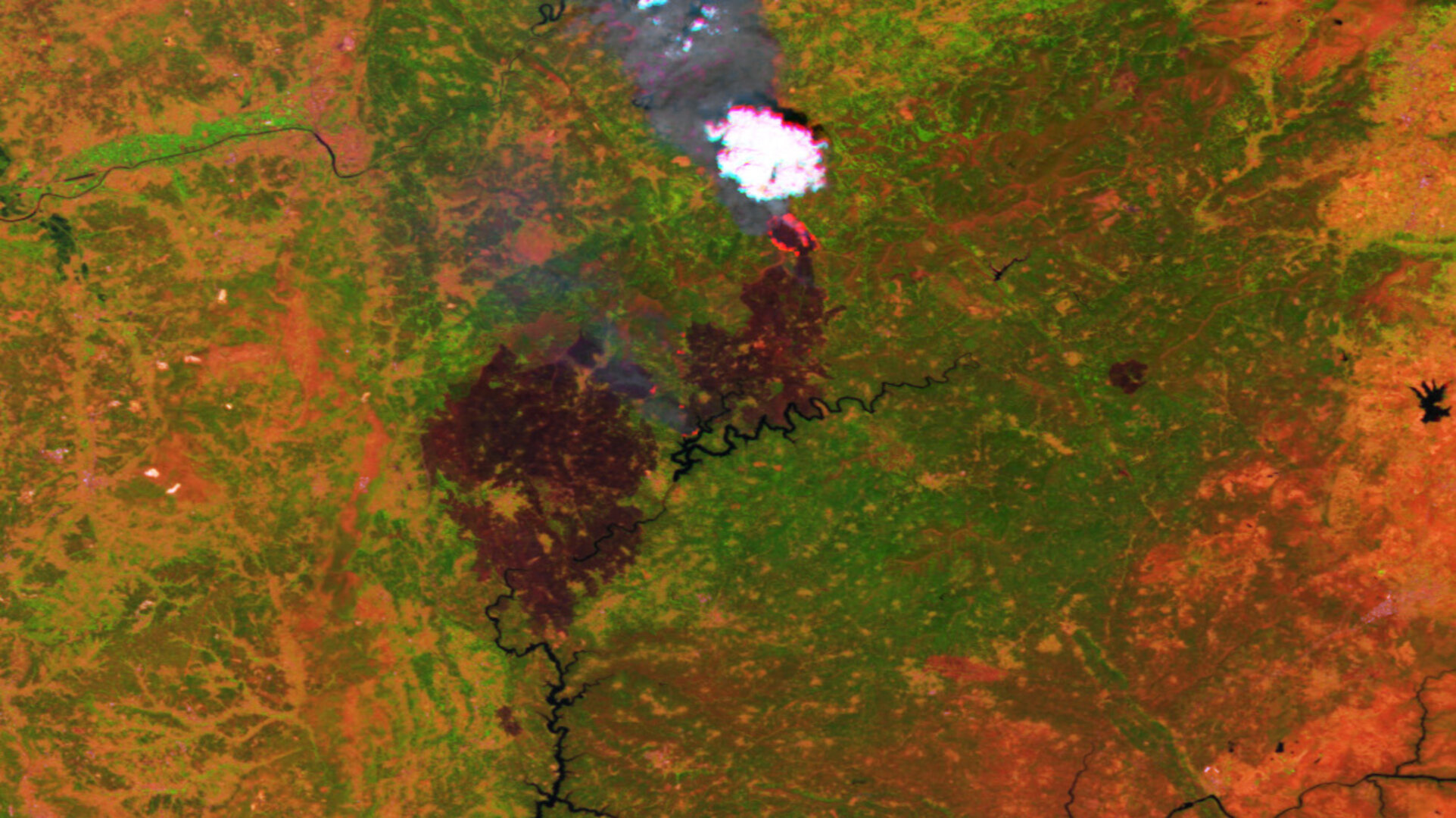 More than a thousand firefighters are tackling the forest fire in the Pedrógão Grande region, north east of Lisbon, which has been aflame since Saturday. Some 64 people have been reported dead and more than 130 injured.

The dammed Zêzere river is seen in the centre of the main image, with burnt scars and fires burning to its north. The village of Nodeirinho – home of many of the casualties – is situated amid the scars.

The forest fire is believed to have been started by a lightning strike during an intense heatwave. Aircraft have been used to drop water over the Pedrógão Grande region.

Showing details down to 100 m in size, the main image was acquired on Tuesday by Proba-V. Among ESA’s smallest Earth-observing missions, at a cubic metre, Proba-V covers the world’s entire land surface every two days.

Proba-V has a 2250 km-wide field of view with an overall 300 m resolution, narrowing to 100 m at the centre.  A second 330 m-resolution image acquired on Saturday provides a wider context to the blaze.

The satellite contributes to Europe’s world-monitoring Copernicus programme, which makes imagery and data freely available to authorities. The V stands for Vegetation – a lighter but fully functional redesign of the camera previously flown on France’s full-sized Spot-4 and Spot-5 satellites.

Launched on 7 May 2013, Proba-V continues the supply of this much-needed information for applications such as assessing climate impact, managing water resources and monitoring crops.

Proba-V’s wide view and polar orbit means it revisits every spot on Earth’s land every two days, building up a new global composite for researchers every 10 days.

More than 1100 registered users in 108 countries are already making use of the satellite.

The Copernicus Sentinel-3 mission has also observed the fire, showing the extent of the burnt area.