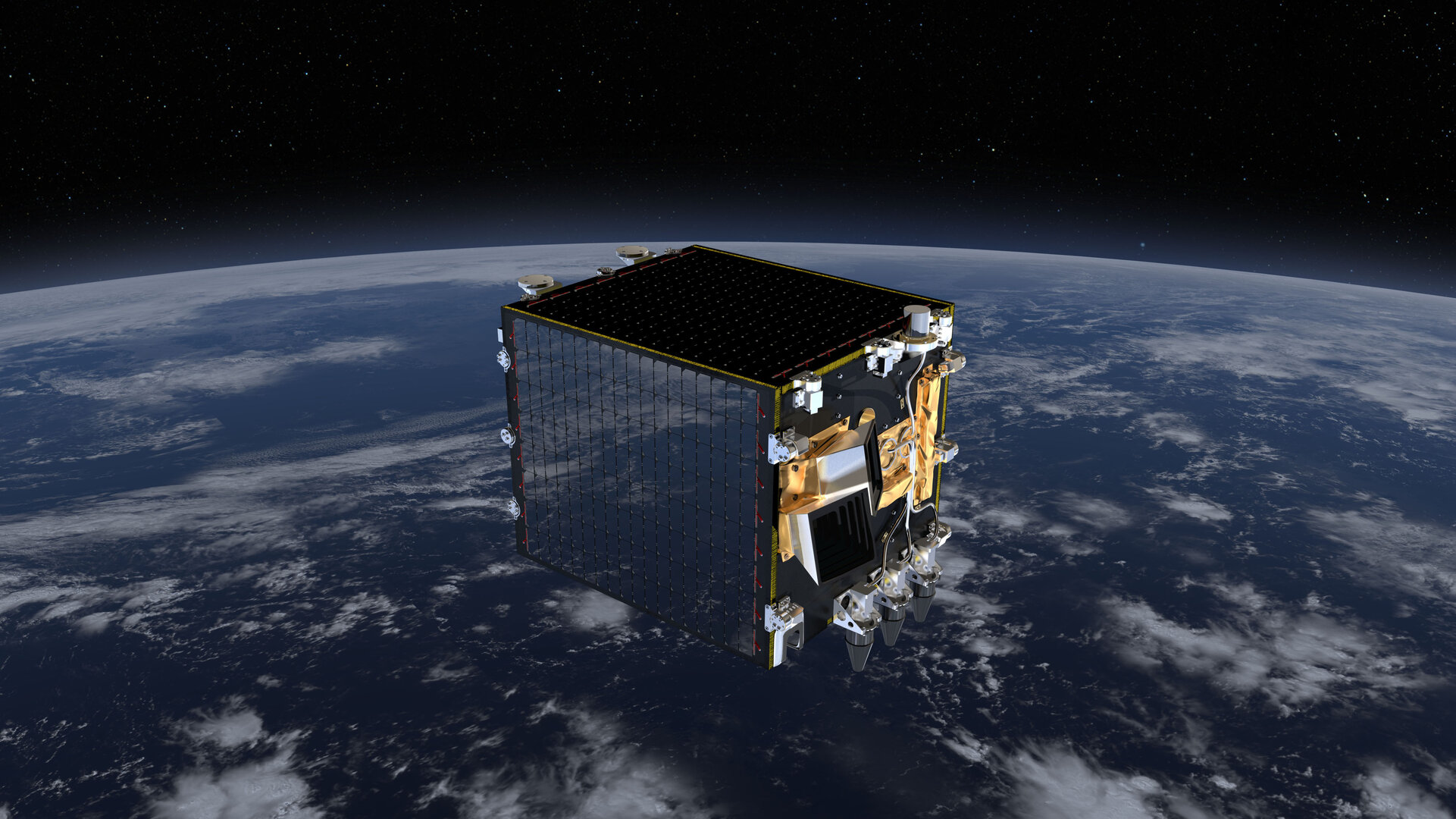 ESA’s Proba-V has become the first satellite to pick up aircraft tracking signals, allowing aircraft across the globe to be followed in flight from space.

“We have succeeded in proving that these relatively low-powered air traffic control signals can indeed be detected from space as they are, without any need for upgraded aircraft equipment,” explained Toni Delovski of the DLR German Aerospace Center, overseeing the experiment.

“Now we want to go on and check how many aircraft we can actually observe in practice, and which types – different sized aircraft being assigned systems with differing signal strengths.

“This research opens the way to operational space-based aircraft monitoring in future.”

Launched on 7 May, Proba-V’s main task is to map vegetation growth, covering the whole world every two days. But the minisatellite – smaller than a cubic metre – also doubles as a miniature research lab, testing a number of promising technologies in space.

These ‘guest payloads’ include an experiment to detect Automatic Dependent Broadcast – Surveillance (ADS-B) signals from aircraft, contributed to the mission by DLR in cooperation with Luxembourg’s SES TechCom.

ADS-B signals are regularly broadcast from equipped aircraft, giving flight information such as speed, position and altitude. All aircraft entering European airspace are envisaged to carry ADS-B in the years ahead.

“However, for most areas of the world, in particular oceans and remote regions, installing air traffic infrastructure based on radars or ADS-B stations is not economically or technically feasible,” Mr Delovski added.

“Instead, space-based ADS-B monitoring holds a lot of potential in terms of security and safety – including search and rescue for airspace not covered by ground-based surveillance. Filling in these gaps has obvious value.

“Moreover, it may allow aircraft to traverse regions with decreased separation between them and on more efficient routes, boosting overall traffic capacity while cutting fuel consumption and carbon dioxide emissions.”

Currently undergoing commissioning in orbit, Proba-V is a miniaturised ESA satellite tasked with a full-scale mission: to map land cover and vegetation growth across the entire planet every two days.

It is the latest addition to the Proba family of small, low-cost space missions, giving flight experience to promising European technologies. So along with hosting its main instrument, Proba-V also provides early test flights for a variety of advanced guest payloads.

These include a pair of novel space-radiation detectors, a radio amplifier using the high-performance gallium nitride semiconductor and lightweight high-capacity optical fibre connectors.