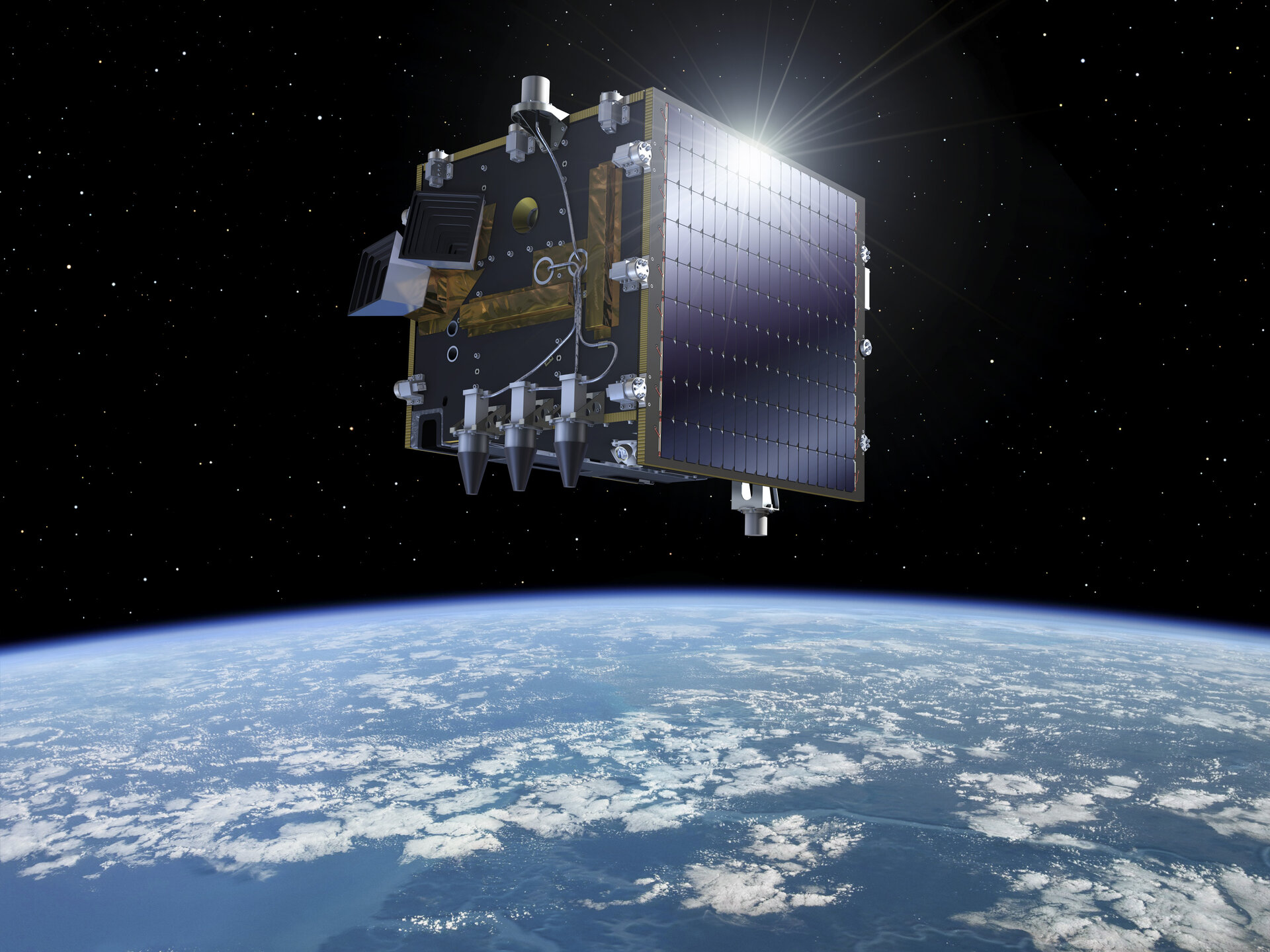 Along with its main task of mapping our planet’s vegetation, ESA’s Proba-V satellite will also serve as a miniature engineering lab in orbit. Less than a cubic metre in volume, Proba-V is hosting five additional technology experiments, including innovative testing of fibre optics for space.

This will be the first of two fibre optics experiments ESA will fly this year: Hermod’s design was modified from one of the hosted payloads aboard Europe’s full-sized Alphasat telecom satellite, due for launch this summer.

Down on the ground, optical fibres – light-based signals pulsed along hair-thick lines of glass – have been progressively replacing metal wiring for communications infrastructure, offering practically unlimited bandwidth with decreased weight and increased flexibility.

Satellite designers are interested in their capacity to reduce mission mass – the amount of wiring flown on a typical space mission can run to many kilograms – while also taking advantage of optical fibres’ resistance to temperature and radiation.

In addition, optical fibres have no electrical noise to leak, an attribute that led ESA to make the very first mission-critical use of them for its SMOS satellite, launched in November 2009.

This ‘Soil Moisture and Ocean Salinity’ mission detects very faint radio emissions from Earth’s ocean and soil surfaces, which would have drowned out by electromagnetic interference from standard wires. Instead it carries more than 500 m of optical fibres.

In addition, the Proba-2 satellite, sharing SMOS’s rocket to orbit, demonstrated the potential of optical fibres to serve as onboard temperature and pressure sensors – creating a satellite nervous system.

“SMOS was pioneering in its use of optical fibres, but all the connections had to be made individually, which made for a demanding integration process,” explained ESA photonics component engineer Stephan Hernandez, overseeing the Hermod payload.

“The aim is to make the use of optical fibres in space more straightforward and bring down the cable volume needed still further by demonstrating the same kind of high-density link connectors employed by terrestrial industry.

“Guided by space industry input, we already had a project to test these connectors for space applications – then came the opportunity to actually test in orbit on Proba-V.”

ESA worked with Norwegian company T&G Elektro and Spanish firm DAS Photonics to meet the strict three-month deadline to fly on Proba-V. To save time, the team adapted systems from the existing Alphasat Environment Monitor (overseen by EFACEC, Portugal), testing optical fibre performance in the geostationary space environment. The team also benefited from the strong support of the Proba-V project team.

“The electronics generate randomised signals to pass through the system, and measures the bit rate error over time.

“Our aim is to build up a detailed statistical picture of how the different connectors perform across the satellite’s lifetime, combined with additional orbital and environmental parameters such as temperature measurements.”

The original project that Hermod spun out of was backed through ESA’s General Support Technology Programme, which helps to convert promising concepts into space-ready products, as well as the Agency’s Strategic Initiatives programme.

The experience of this project is also being applied to write the rules of fibre optics assembly for future space missions – contributing to the updating of an European Coordination on Space Standardization (ECSS) technical guide. The ECSS forms a single set of standards for use across all European space activities.

Hermod is one of five guest payloads aboard Proba-V, also including an experimental aircraft detector, a pair of radiation monitors and a communication amplifier made from promising new semiconductor gallium nitride.