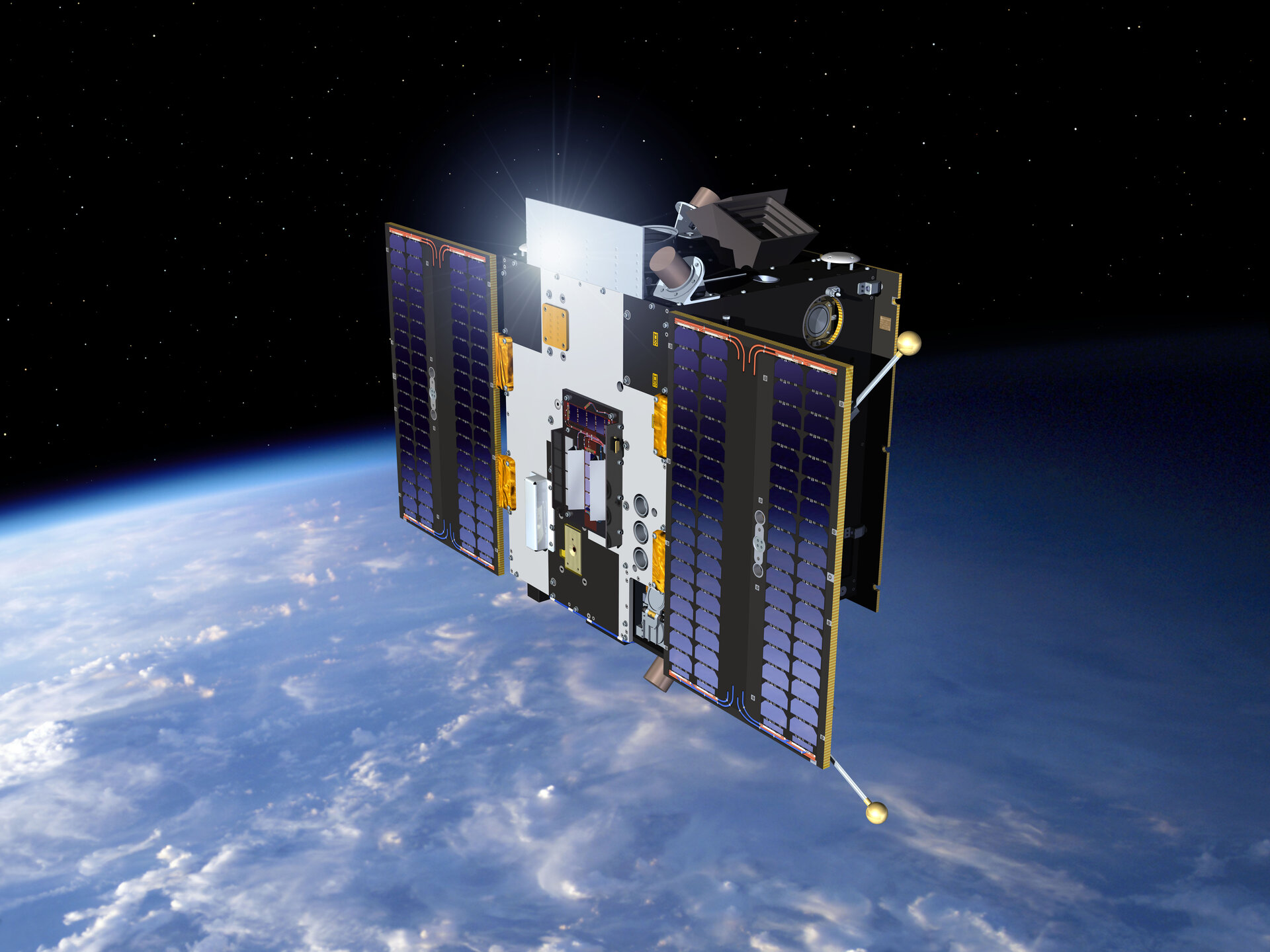 Into its second week in orbit, Proba-2’s platform has proven to be in excellent health. This leaves the way clear for commissioning the many new technology payloads aboard the mini-satellite, among the smallest ever flown by ESA.

As ESA’s full-sized Soil Moisture and Ocean Salinity (SMOS) mission soared skyward by Rockot launcher on 2 November, it had a smaller companion. Piggybacking along was Proba-2, which occupies less than a cubic metre in volume with only one fifth of SMOS’s mass.

But Proba-2 is just as complex as a standard mission – it is second in the Proba (Project for Onboard Autonomy) series of satellites, providing low-cost flight testing opportunities to European industry. The satellite carries 17 technology experiments and four scientific instruments. All of them require careful commissioning, but first the stability of their host spacecraft must be assured.

“As a first step we have successfully tested the platform safe mode, including all platform-critical units,” explained Karsten Strauch, Proba-2 Project Manager. “This includes all attitude and orbital control systems (AOCS), including Proba-2's startracker.”

Proba-2’s career in space began some four hours and fifty minutes after launch, when it separated from its Breeze-KM stage. As is typical, separation left the satellite tumbling, but the spacecraft autonomously managed to reduce its spin using a magnetometer to align itself along Earth’s magnetic field.

This flight mode will also serve as Proba-2’s ‘safe mode’ to which it reverts in the event of serious malfunction. It also places Proba-2 into approximate alignment with the Sun, its solar panels being deployed five minutes after separation.

On Tuesday a GPS receiver was switched on. The following day its primary startracker was activated. In the same way that sailors once relied on constellations to steer their course, startrackers automatically fix a satellite's position and direction against the stars they observe.

Proba-2’s ‘Micro Advanced Stellar Compass’ is half the mass of Proba-1’s startracker, with increased radiation resistance based on two camera heads for increased sensitivity. It is also fully autonomous, able to establish its position with no additional input. Test images revealed a striking view of Earth's atmospheric ‘limb’ and, more importantly, the stars shining around it.

Also performed in Proba-2’s first week were ‘automatic pass flows’ of data between the satellite and ESA's Redu and Svalbard ground stations – Proba-2 being designed to operate as autonomously as possible – as well as additional AOCS switch-ons.

The satellite's two Sun-viewing scientific instruments will be switched on by this weekend in order to perform health checks: ‘Sun Watcher using APS detectors and image Processing’ (SWAP) observes the Sun's million-degree coronas as they extend far out into space while the ‘Lyman Alpha Radiometer’ (LYRA) monitors solar UV radiation on a continuous basis.

“As well as testing and characterising the Sun-pointing mode we are now starting to perform a first health check on the payloads and technology demonstrators,” added Mr Strauch. “More elaborate commissioning tests will follow in the mission's second month.”