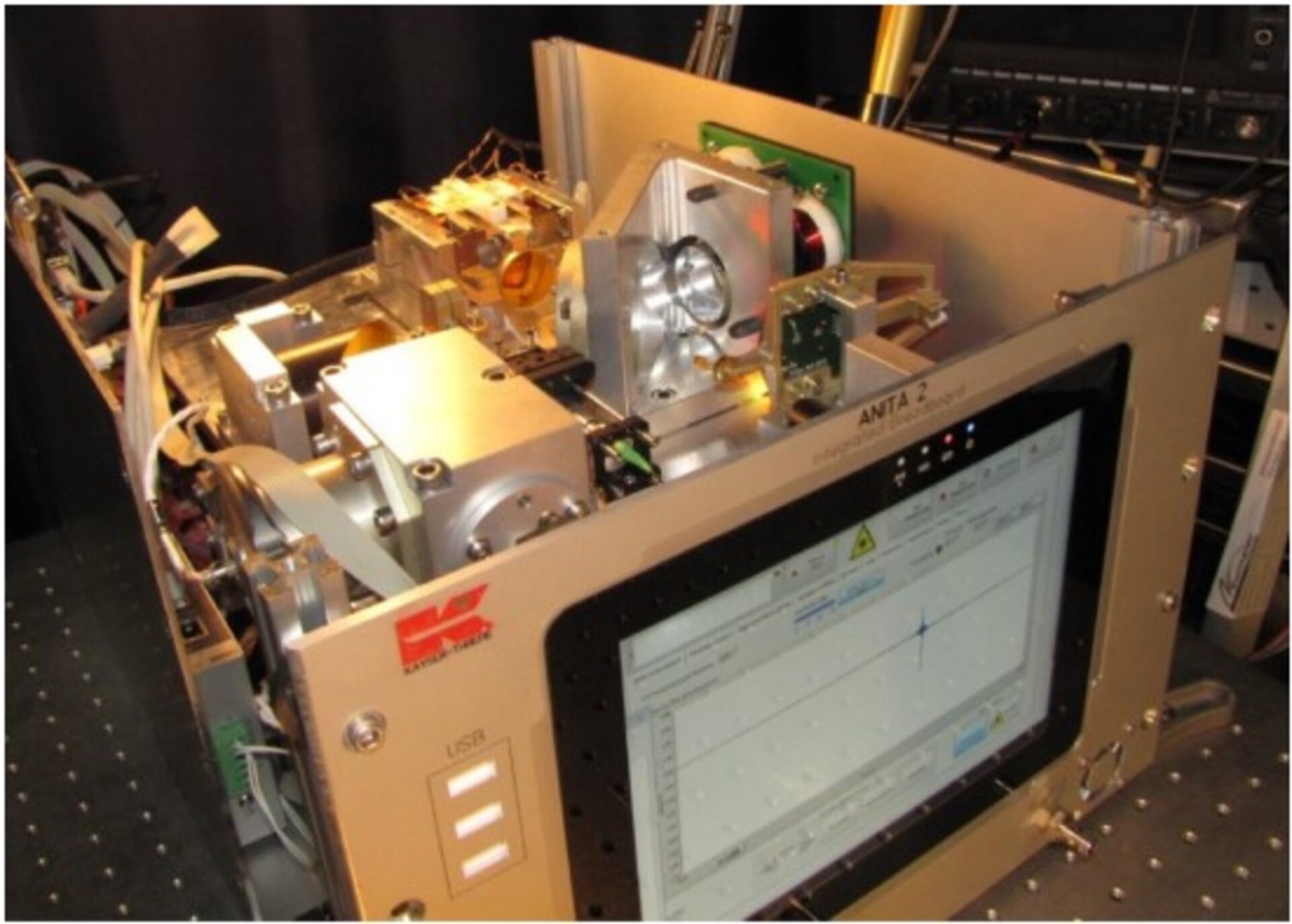 
In the confined, enclosed environment of a spacecraft, the air quality must be monitored continuously in order to safeguard the crew's health. A rapid response by the astronauts to the accidental release of harmful gaseous contaminants, off gassing from materials, or malfunctions of the air revitalization system is essential. Air monitoring becomes even more important with aircraft ageing as well as long mission duration, in particular if samples taken periodically from the cabin air cannot easily be sent to earth for analysis.

For this reason, the ANITA1 (Analysing Interferometer for Ambient Air) technology demonstrator for trace gas monitoring was developed for the European Space Agency (ESA) by Kayser-Threde GmbH (now OHB AG) (Germany) together with the Norwegian partner SINTEF, who developed the analysis software. ANITA1 and the upcoming ANITA2 address the needs for continuous monitoring of manned spacecraft atmosphere composition and to allow rapid response in case of accidental release of harmful gaseous contaminants into the cabin environment.

Objectives
ANITA2 is intended to be a second-generation technology demonstrator for a permanent atmosphere monitoring system for the ISS and exploration. Owing to the targeted future use, ANITA2 has to be much smaller and lighter that the first generation instrument. The total mass shall be below 27 kg, representing a relative mass and volume reduction of around 50 % compared to the first generation instrument. For this purpose, an Integrated Breadboard (IBB) designed within this study to check the feasibility of shrinking ANITA1 and reducing the amount of black-box COTS components.

Achievements and status
The work covered design, realisation and testing of mechanical and experimental components for a fully functional IBB, analysis of components to derive spectral quality requirements (line-shape parameters). Newly developed subcomponents are the modulator assembly and a low voltage compact diode laser. The modulator is featuring a significant smaller envelope, reduced mass and lower susceptibility for micro vibrations. The reference laser is based on a lightweight semiconductor diode and its control electronics was developed, which results in a further reduction of mass of the system. From analysis, the calibration models used for deriving quantitative gas concentration estimates were extended and special countermeasures developed to handle any remaining line shape variations. One developed method is well suited for re-analysing spectra with apparent line-shape variations. A second method developed which is able to create a robust calibration before fielding the system and will be applied for the upcoming ANITA2 instrument. One of the main reasons for the remarkable success of ANITA's gas calibration and analysis software is its ability to extract and exploit so much of the information available in high-quality FTIR spectra. In addition to the improvement of the spectral line stability, special countermeasures were developed to handle any remaining line shape variations. Two different solutions were developed and successfully tested on ANITA1 spectra.

Benefits
The work performed was a necessary test, and gave valuable experiences for building an atmospheric trace gas analyser capable for continuous monitoring of manned spacecraft atmosphere composition and to allow rapid response in case of accidental release of harmful gaseous contaminants into the cabin environment of ISS and exploration. Further uses can monitor atmosphere composition in closed confined environments, e.g. in submarines.

Next steps
Measures to reach TRL 5/6 were identified within the project; respective tests will be performed in phase I of coming ANITA2 activity.