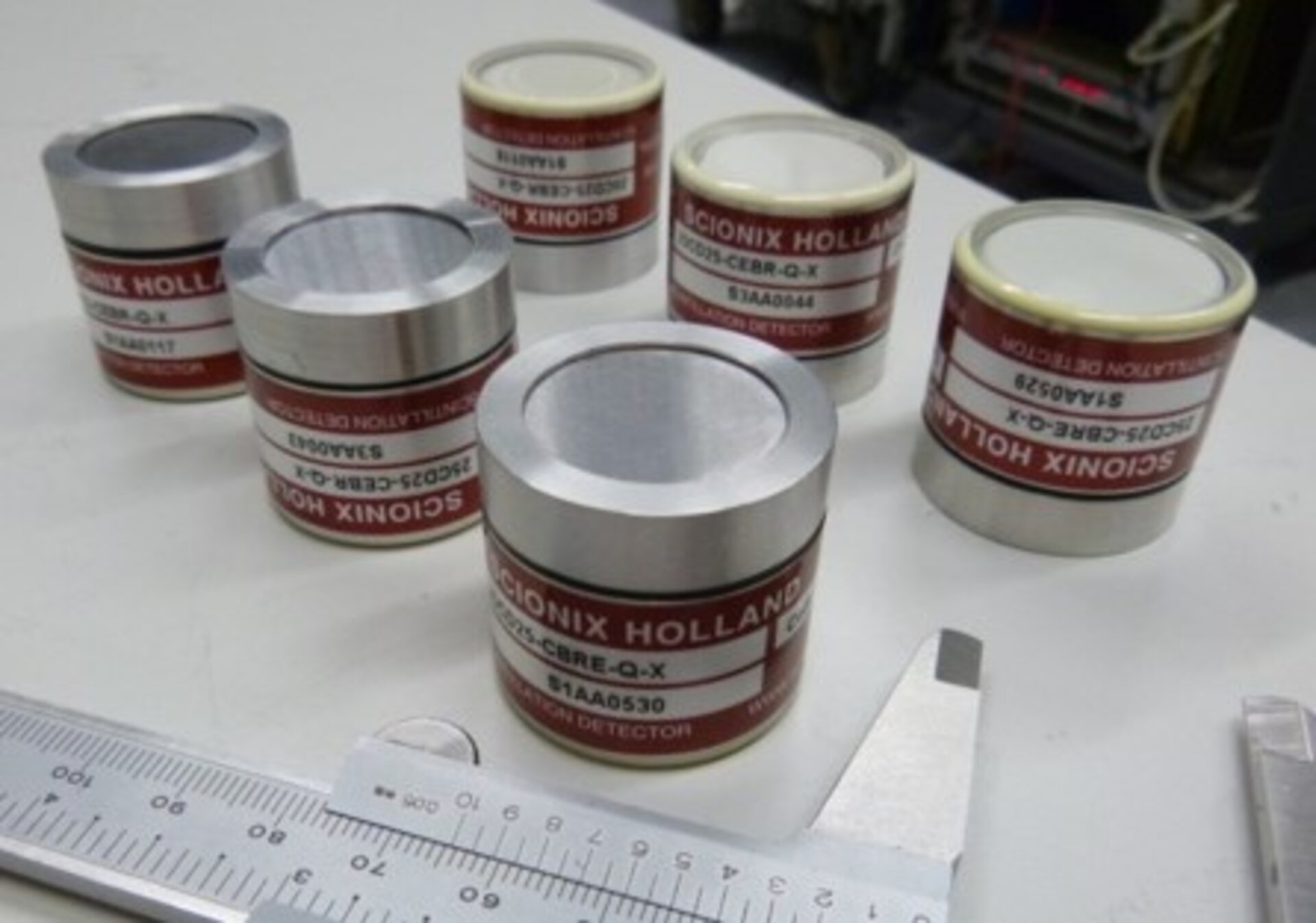 
Gamma-ray spectroscopy is used to identify radioactive nuclides and nuclear reactions, and it is an experimental technique relevant to astronomy, planetary science  and space exploration,  in addition to numerous applications on Earth as radiation protection, environmental monitoring and nuclear medicine. Semiconductors and scintillator detectors are the two main categories of gamma-ray spectrometers. Modern high resolution scintillators offer key advantages when constraints on mass and power are strict as in the case of Bepi Colombo.

Objectives
The aim of the activity is to grow and develop an innovative low-noise scintillator crystal by demonstrating that co-doping technology enhances the energy resolution of cerium bromide (CeBr3) for volume of about 10 cm3 (1 in. x 1 in.) while maintaining unaltered the other performance and characteristics.

Achievements and status
One effective co-doping formula has been established. Corresponding crystals have been successfully grown, prepared and tested achieving clear enhancement on energy resolution. It has been demonstrated that such co-doping does not have any collateral effects on other favorable scintillation properties. In the remaining part of the contract, more data will be collected to improve the statistics about the chosen co-doped CeBr3 formula and technique.

Next steps
Based on the final outcomes of the activity — final iteration of cost/benefit analysis for feasibility of industrialization taking into account production aspects and larger dimensions of co-doped CeBr3 for commercial applications including space. Integration in the next generation of gamma-ray spectrometer instruments for space missions, ESA and others as NASA, ISRO and KARI. Follow-on activity not yet funded (envisaged originally as ESA’s ITI Technology Adoption).