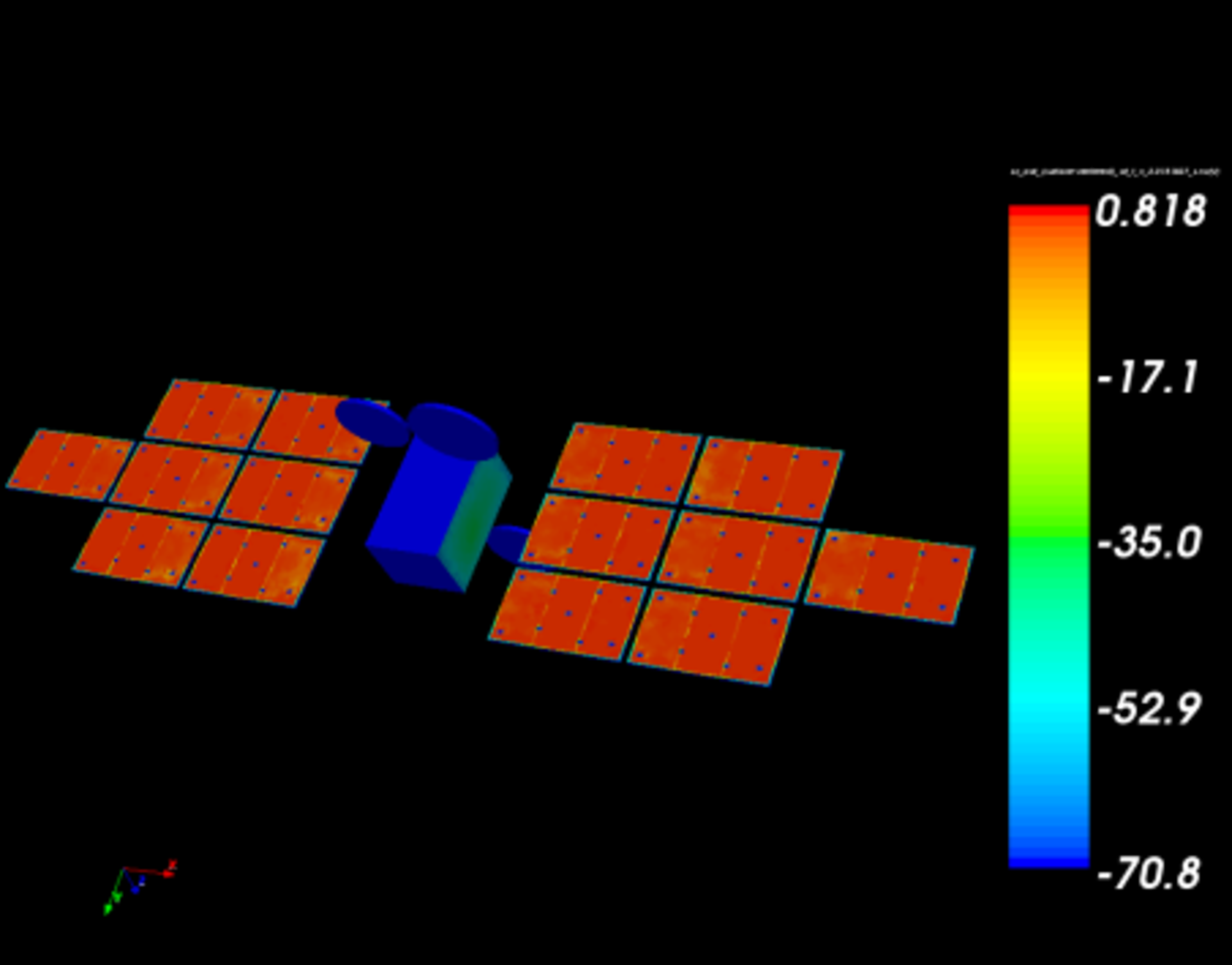 High power solar generators for spacecraft applications are currently under development by many companies. Therefore, the present activity is essential in order to maintain European competitiveness and independence. Deep space exploration missions, also based on the more intensive use of Electrical Propulsion, require very high quality power solar array using high voltage bus (above 300V) enabling direct driving by the solar array and minimizing the operating current. However, increasing operational voltage is subject to several constraints such as the interaction with space plasma and availability of high voltage parts.

The activity sought to identify critical materials and effects that could pose upper limitations to the voltage that could be handled safely on a space solar generator. It studied the interaction of high voltage differences on the solar generator surface with the charged particle environment in space and with the particles emitted by an electric propulsion system by both simulation and laboratory experiment. The activity has identified an overall solar array design concept as well as a roadmap for technical development activities to bring the investigated solutions and the overall system to a higher TRL.

Airbus defined a preliminary design and layout for a solar generator that could operate at a voltage of about 350V. Based on the design, Onera simulated the effect of high operation voltage on the charging configuration using the SPIS software code. The simulations demonstrated no substantial differences to the situation at operational voltages below 100V.

Arcing experiments were performed on test coupons. Airbus investigated the interaction of the solar array at high voltage with the plume emitted by a state of the art electrical propulsion system (EPS). The recollection of ions from the EPS by the solar panel will not affect the function of the thruster, but it significantly contributes to the sputtering of spacecraft surfaces.

To extract and conduct high amount of electric power from a solar array, it is preferable to increase the voltage rather than the current in order to keep the wiring within acceptable weight. Having a High-Voltage High-Power Solar array makes it possible to directly drive the Electrical Propulsion by the solar array. Reducing operating currents is equivalent to a reduction of mass, I²R losses and thermal control demands on the spacecraft. Any future deep-space missions could benefit from the reduction in mass and resistance losses thus increasing the payload capacities. Furthermore, a high output voltage may serve as a direct power source for electrical propulsion systems without the need of up-conversion, which all add capacity to the payload.

Future developments will cover the lack of data of material properties, especially the dielectric robustness of insulators, the sputter yield on the interconnector materials and the secondary arcing between strings and the operation under High Temperature conditions. Any deep-space missions will benefit from such results.