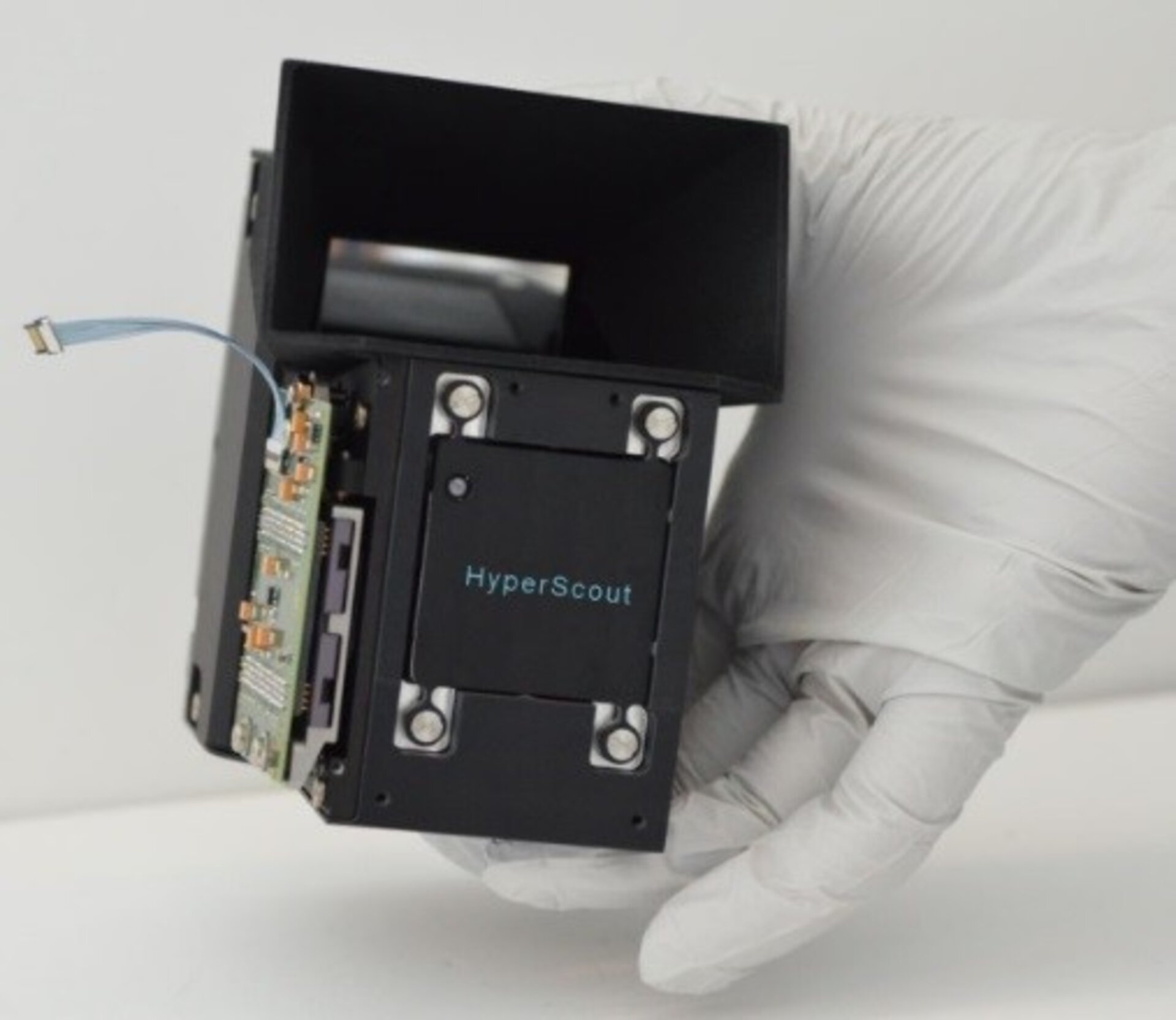 Benefits
This miniaturized system is a small, cost-effective and reconfigurable payload. It can be used in a large variety of missions: from large-scale, as support instrument to larger ones, to small scale, giving commercially valuable data products.

Next steps
GSTP In-Orbit-Demonstration started in Q3 2016 to improve HyperScout performance and perform functionality tests in orbit. A PFM of HyperScout has already been built and integrated into the 6-U GOMX-4b platform. Launch is planned in August 2017.