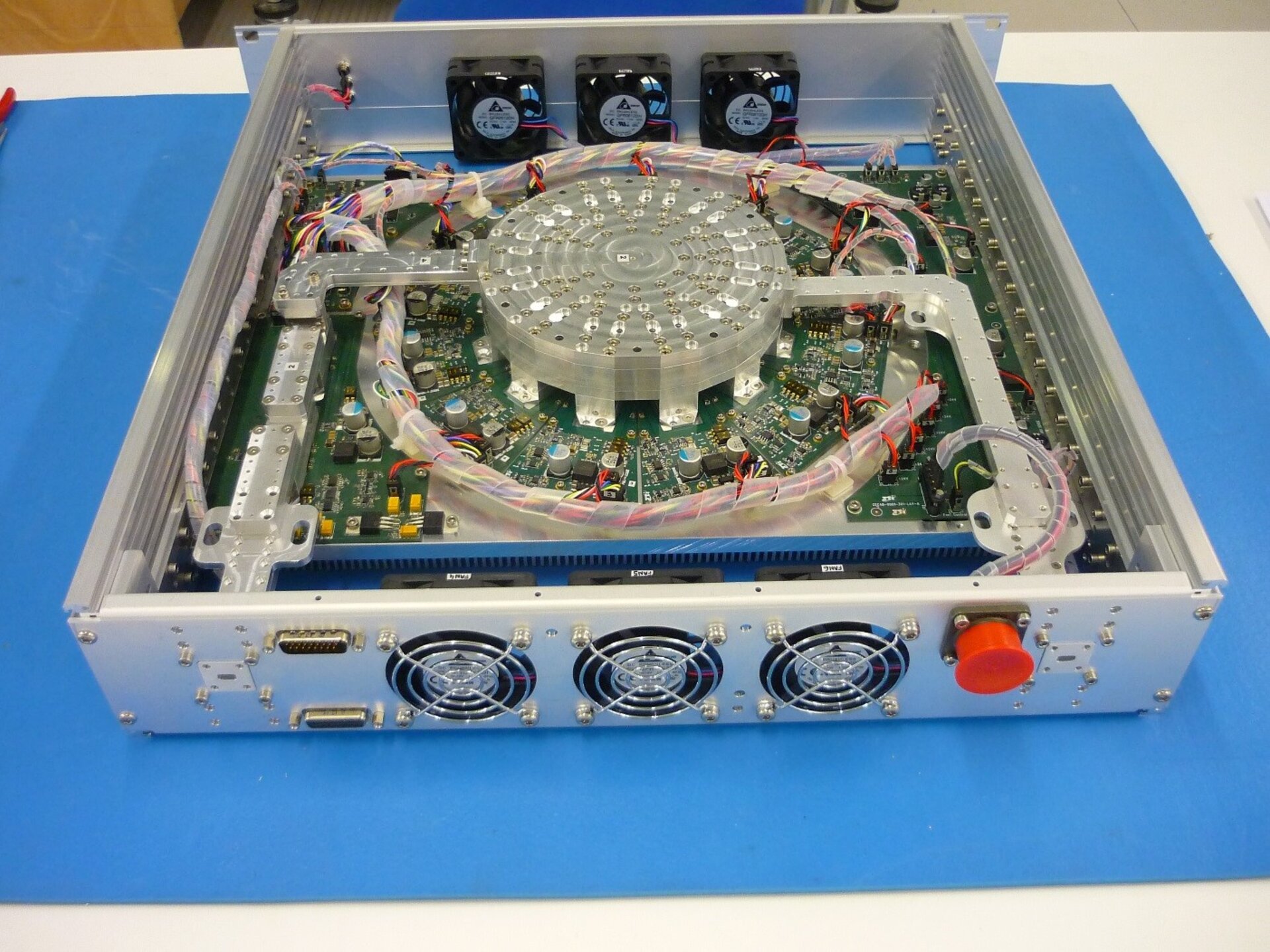 ESA Deep Space Stations support present missions on X Band (7-8 GHz) for Telemetry Downloading, Command and Tracking of spacecraft. Ka Band downlink (32GHz) is already available on ESA Deep Space Stations. Future Deep Space missions will require the presence of a Ka Band Uplink and Downlink to increase the throughput between the Ground Station and the  Spacecraft. Uplink signals will be amplified to an adequate power level by means of power amplifiers. One of the main elements required for the implementation of the Ka band uplink is the High Power Amplifier that delivers a high power level in the band of 34.2-34.7 GHz.

The objective of the activity was to have a Ka band (34.2-34.7GHz) 100W SSPA Prototype suitable for integration in Marlargüe Station. It also aimed to demonstrate capabilities of Solid State Amplifiers at Ka Band and the complete Ka Band uplink system with Bepi-Colombo including Beam Aberration.

The 100W SSPA system has been integrated. It is composed of the following parts: four power modules in parallel, two driver amplifiers, one input module, one M&C module, one power supply module and finally the rack chassis. With the selected architecture, the system is implementing several redundancies for future production: redundant amplifiers, redundant power supply and several power modules in parallel with independent power supply allowing soft degradation of output power in case of failure. Four power modules were assembled and tested demonstrating an output power higher than 49.5dBm (89.1W) at P2dB and higher than 49.7dBm (93.3W) at P5dB in the frequency range from 34.2GHz to 34.7GHz. The maximum measured output power is 50.1dBm (102.3W) at P5dB. The output power stability was also measured in time and in temperature. The measured variation in time was less than 0.1dB/24h. On the other hand, the measured value for the output power stability with temperature (23ºC±3ºC) was <0.8dB. The power stability was in accordance with the expectations.

The SSPA has been designed to be reliable thanks to self redundancy, modularity and use of Solid State Technology. It provides whole band coverage without the need for tuning or channel changers. Lastly, its benefit lies in integration in the station: 19” rack 20U, WR28 and integration with Ka-UC allowing the final demonstration of the full Ka Band Uplink System.