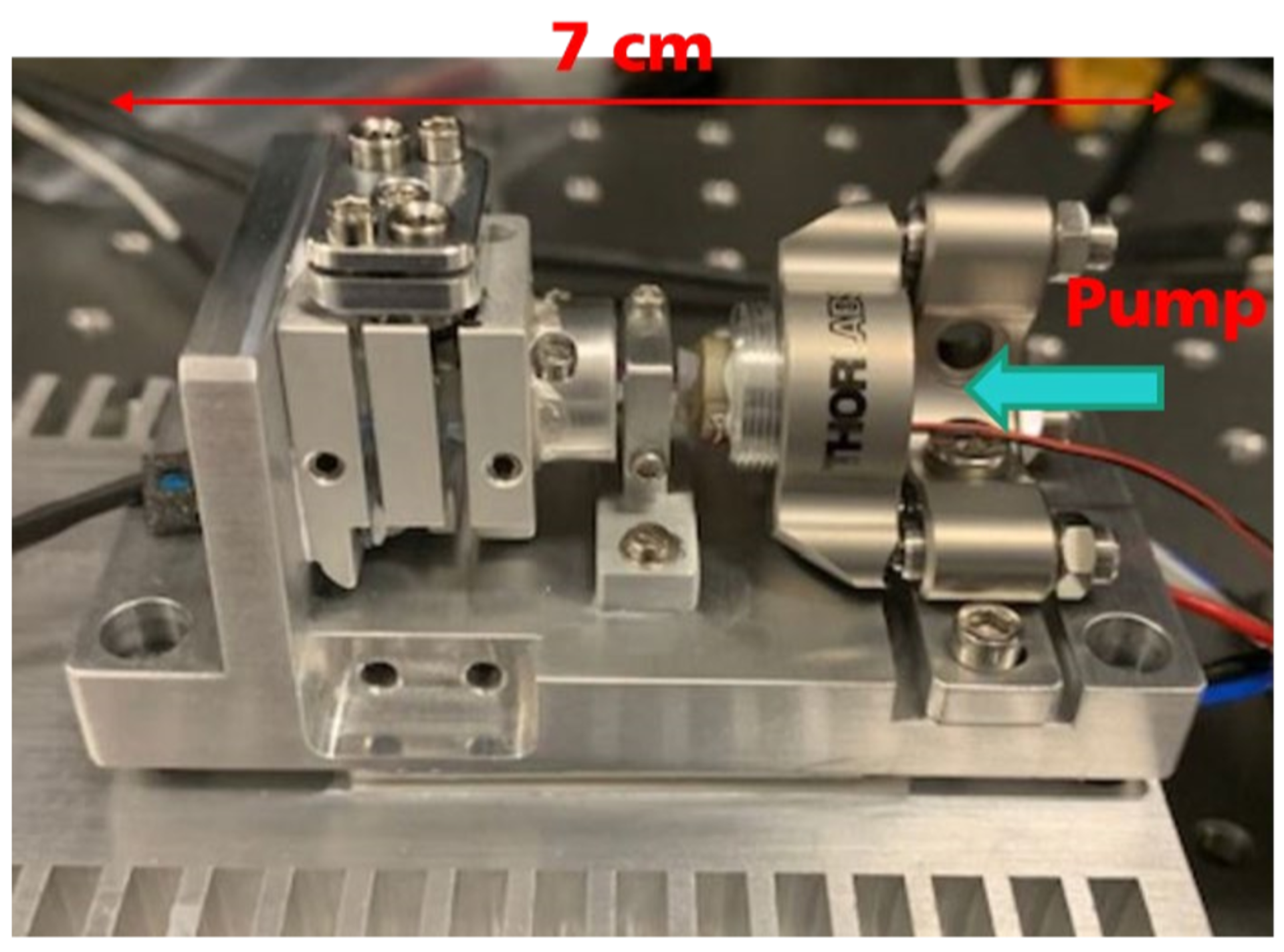 A laser with a frequency stabilised relative to an atomic transition is known as an optical clock and represents a major step forward in the evolution of atomic and frequency standards over the more widely used atomic clocks.

For over half a century atomic frequency and time standards have played an important role in scientific research, precision metrology and technical applications. There is an increasing need for oscillators with ever higher frequencies and performance, but due to the experimental difficulties of counting optical frequencies, atomic and molecular optical standards have mostly been restricted.

A new activity with the Technology Development Element (TDE) and Fraunhofer UK developed an optical clock with a laser at 813.428 nanometers by utilising an innovative microchip cavity design with a double laser diode pumping approach.

In space, optical clocks could be extremely powerful and unique tools in advancing time-keeping, improving the accuracy of navigation and for running fundamental physics experiments with unprecedented precision.

The activity chose to use a microchip titanium-sapphire laser cavity design, over a ring laser configuration. They found that the latter required too many parts to be operated simultaneously and would be a drain on power, was harder to tune regularly and resulted in a bulkier overall design.

The optical clock was demonstrated to a robust and high efficiency performance from a compact footprint. But the activity plans to further reduce the footprint of the laser system by 50% and increase the average power, so that it can be implemented into portable Strontium-based atomic clocks for use outside of the laboratory environment in a range of quantum technology applications.