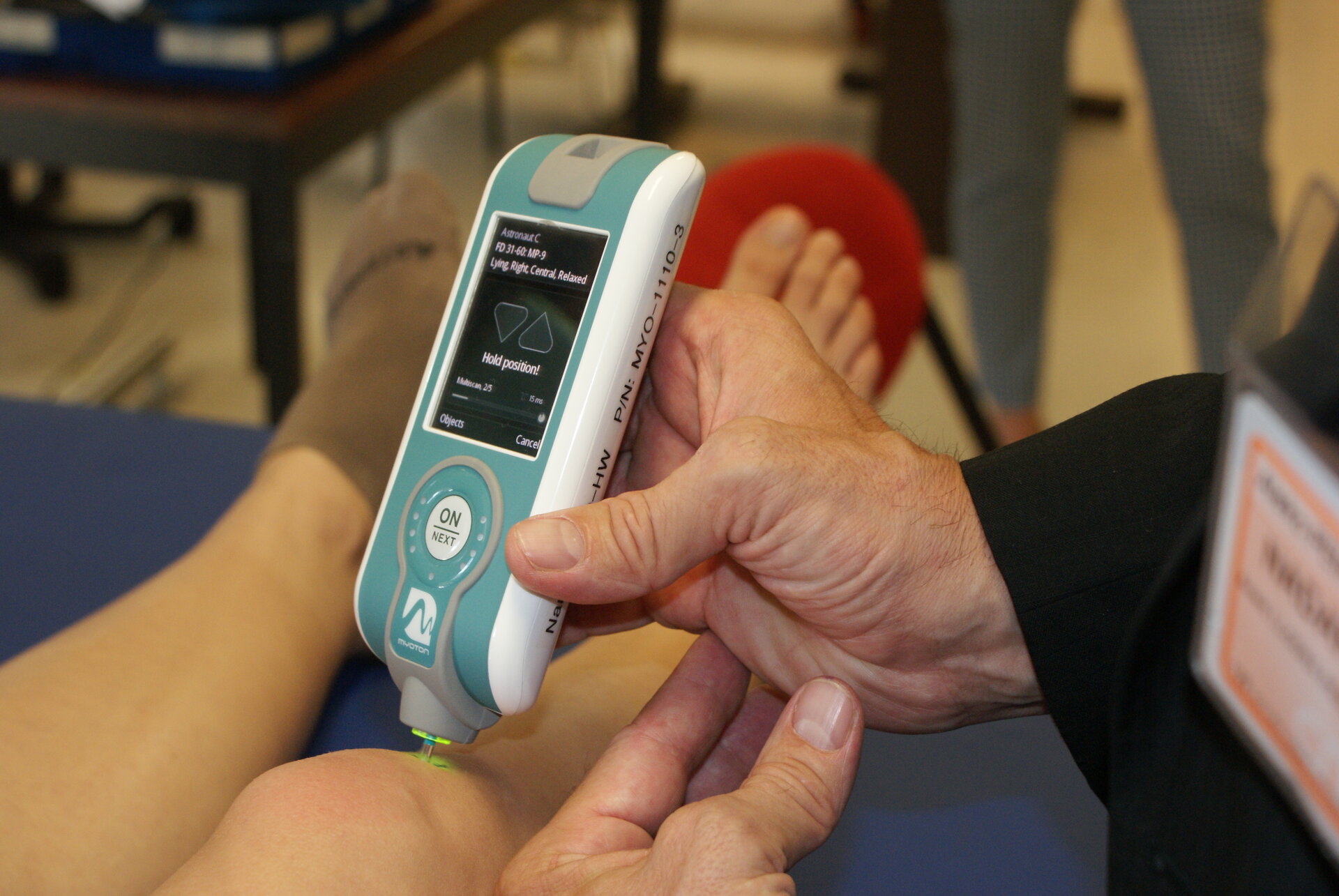 A GSTP activity has taken a commercially available, smartphone-sized device for measuring muscle tone and adapted it for use on the ISS and other long-term space missions.

The user-friendly machine, called MyotonPRO, was invented by Myoton AS in Tallinn, Estonia, and measures muscle tone, elasticity and other biomechanical properties that are vital for assessing the neuromuscular system of an astronaut in microgravity.

Originally developed for various clinical applications such as in occupational health, geriatrics , pharmaceutical drug development and multiple sports fields, the device was retested to make sure it was compliant with space flight before flying on the ISS where astronaut Alexander Gerst was the first to use it. 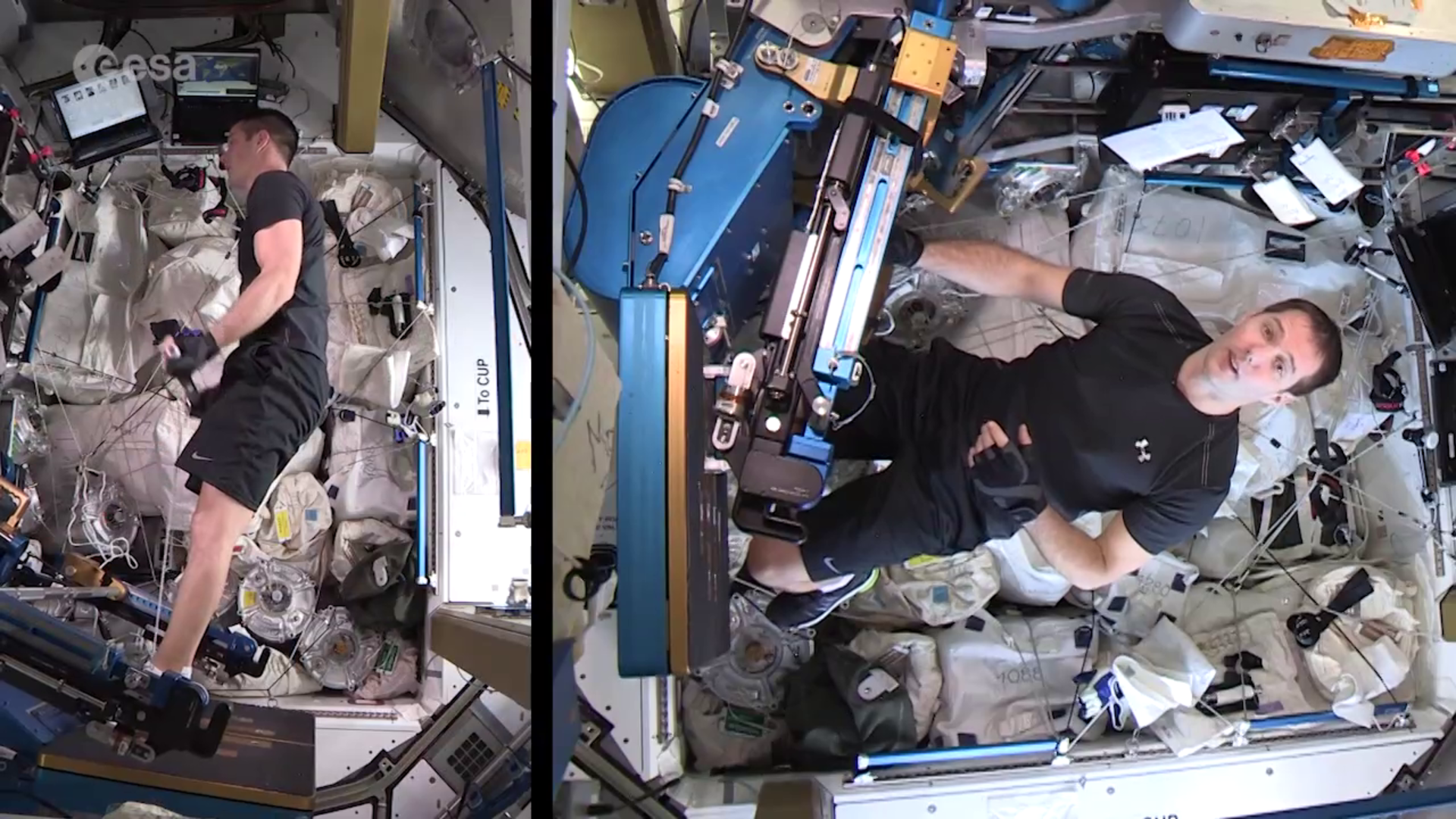 To take a measurement, the battery-powered,handheld MyotonPRO is placed against the skin. It then applies a small painless pressure pulse to the muscle. The way the muscle bounces and vibrates in response is transmitted back to the device, which then interprets these into data about the muscle’s tone.

The system has been built to allow measurements at any angle in relation to the gravity vector, making it suitable for space applications.

The measurements Gerst took, were used alongside ultrasound scans and blood samples to get a more accurate picture of his overall fitness and to see whether or not his training programme was efficient.

“MyotonPRO is a complete embedded system with many great and reliable features and its dataprovides  objective feedback about the muscles’ adaptation, development or deconditioning.  Astronauts use ultrasound now but it is a complete system. If you’re going to Mars there’s not much space on board to take such a big device and you need a doctor to interpret the data. It’s much more efficient to just take this, and it brings the possibility of going to Mars one step closer,” explains Antonella Sgambati from OHB System AG who are leading the activity.

Not only is the device small, it’s also incredibly simple to use. It seems the most complicated part is identifying the exact location for a measurement to be taken, then it’s just a matter of switching it on, placing it perpendicular to where you want to measure and telling the device which measurement you want to take..

Most impressively, the activity took just 7 months compared to the 18-24 months normally required to build a payload for flight on the ISS.

During that time the team, in collaboration with the Deutsches Zentrum für Luft- und Raumfahrt (DLR) put the MyotonPRO’s lithium battery, similar to one in your phone, through a multitude of stress tests to make sure it wouldn’t overheat and would work safely while onboard the ISS.

They also found ways to make sure the machine’s glass screen couldn’t fragment if it broke – potentially releasing glass particles into the ISS’s microgravity environment for astronauts to unwittingly swallow.