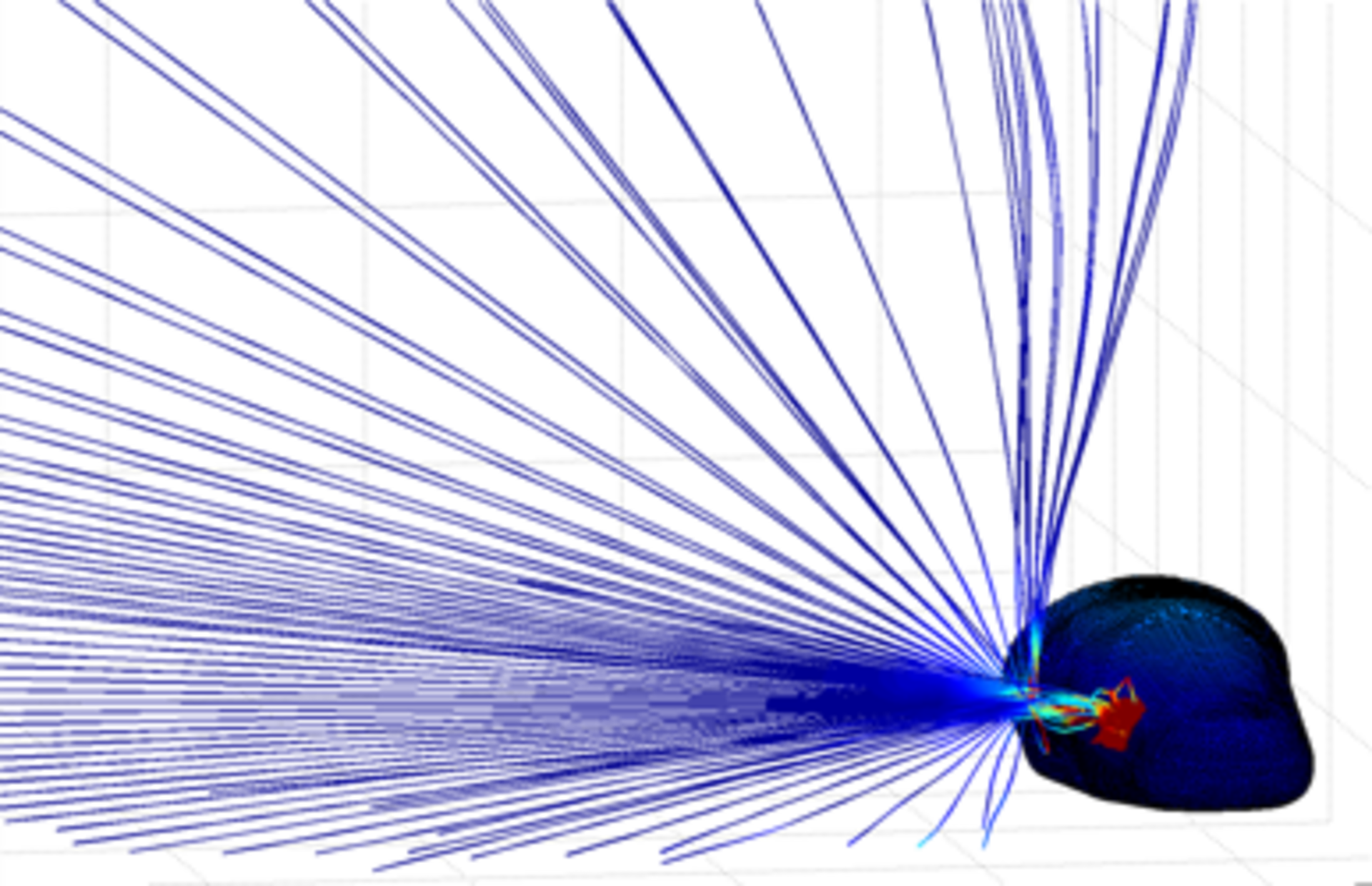 
Extreme heating of the air by strong shock waves during hypersonic atmospheric re-entry creates a plasma flow that blocks or strongly attenuates the radio frequency signal (RF black/brown-out). Several approaches have been explored in the past without finding a convincing direct solution to this well known disruption of RF communications in atmospheric re-entry.

Clearly a way to minimise or remove the disruption would provide a significant advantage for future experiments and missions, allowing the transmission of more data and a safer control of the vehicle during a delicate phase or the re-entry.

Note in the picture above, how each path is curved by the plasma cloud (the cloud itself is not shown).

Objectives
Study and trade-off several mitigation techniques, assess the feasibility of on-ground and in flight experiments and, finally, design of the selected experiment for the most promising mitigation solution for future vehicles.

Achievements and status
Among the several possible mitigation techniques, two were studied more in depth: use of static magnetic fields and antenna beam steering. The second was found to be much simpler and cheaper to implement, with minimum impact of the vehicle structure and avionics.

An in-flight experiment has been designed that could be flown with minimum impact on Space Rider.

Note that in the right picture the signal reception is adversely affected by the strong variations and generally impossibile in several areas (cyan to blue).

Note that the left picture highlights how the mitigation generally improves the signal level, the uniformity across the region and the extent of the reception area.

Next steps
Implement the experiment, test it on ground, attempting at the same time a partial validation of the technique, to then fly it as soon as possible.