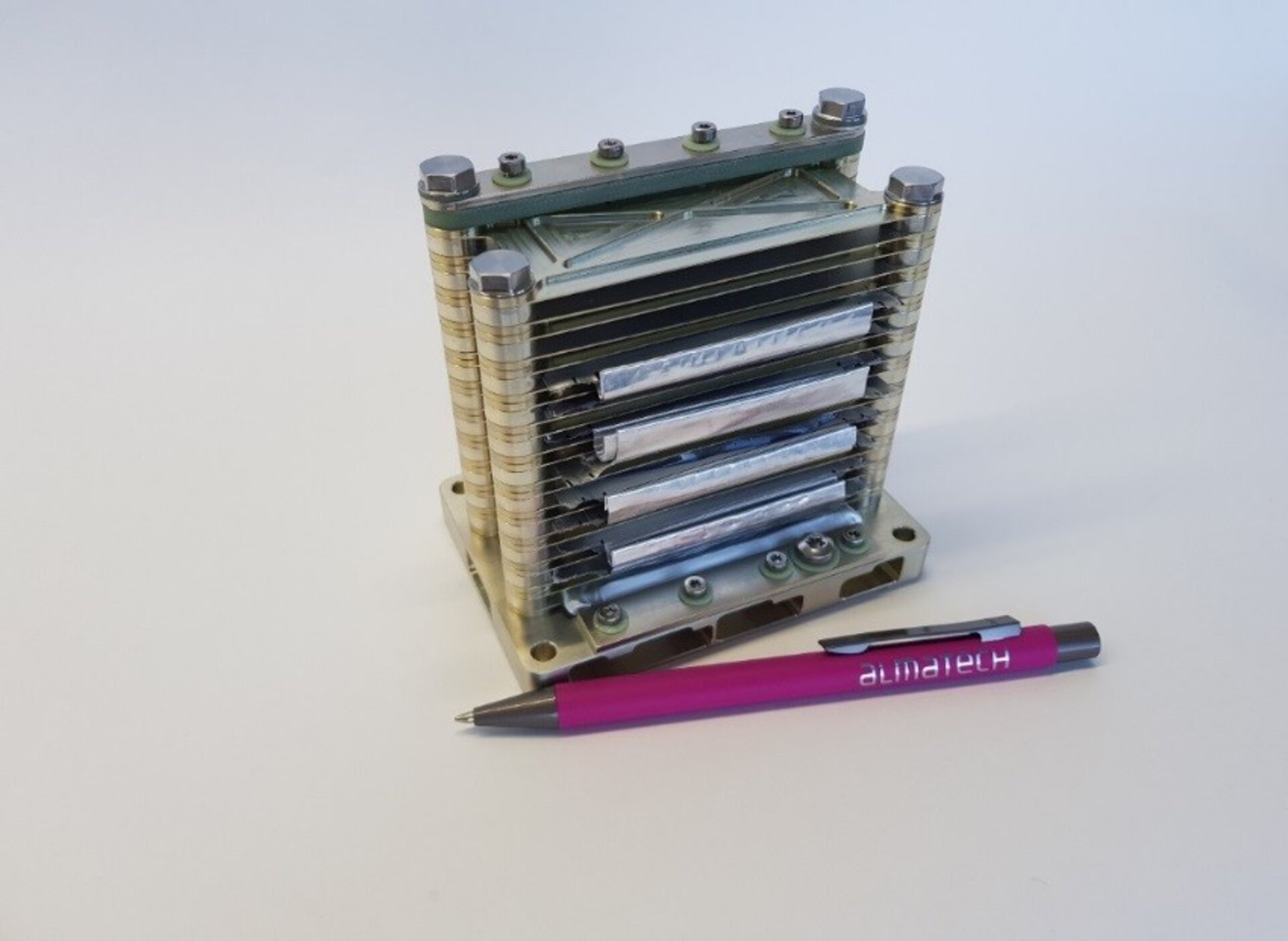 Currently the electrical power for pyrotechnic lines in launchers is provided by obsolete nickel-cadmium batteries.

A recently closed TDE activity investigated whether new supercapacitor U-CAP cell technology, which has high power and energy (up to 20Wh/kg), could replace these old batteries and save a lot on mass and volume.

The technology was developed with the intention it could also benefit other applications where a small amount of energy but large amount of power is needed, such as electromechanical thrust vector control.

The activity aimed to develop a novel supercapacitor cell for launcher applications based on a design using vertically aligned carbon nanotubes. Once designed, the activity would develop a supercapacitor component in accordance with launcher requirements and with the adequate packaging for space.

While the activity led to the successful development of a functional breadboard, able to withstand the electrical requirements of pyrotechnic applications in launchers, a bank of supercapacitors, made with a new U-CAP cell technology, is still under development and improvement. Tests on these cells revealed their compliance with high temperature and thermal cycling but they performed poorly under vacuum conditions at low temperatures.

Next, the activity plans to improve the cell technology with the intention of reaching TRL 6 within the next three years. There are also plans to increase the cell performance to achieve 15Wh/kg under vacuum conditions.

After further development, the activity should lead, in the future, to large savings in launcher mass, leaving more room for payloads.