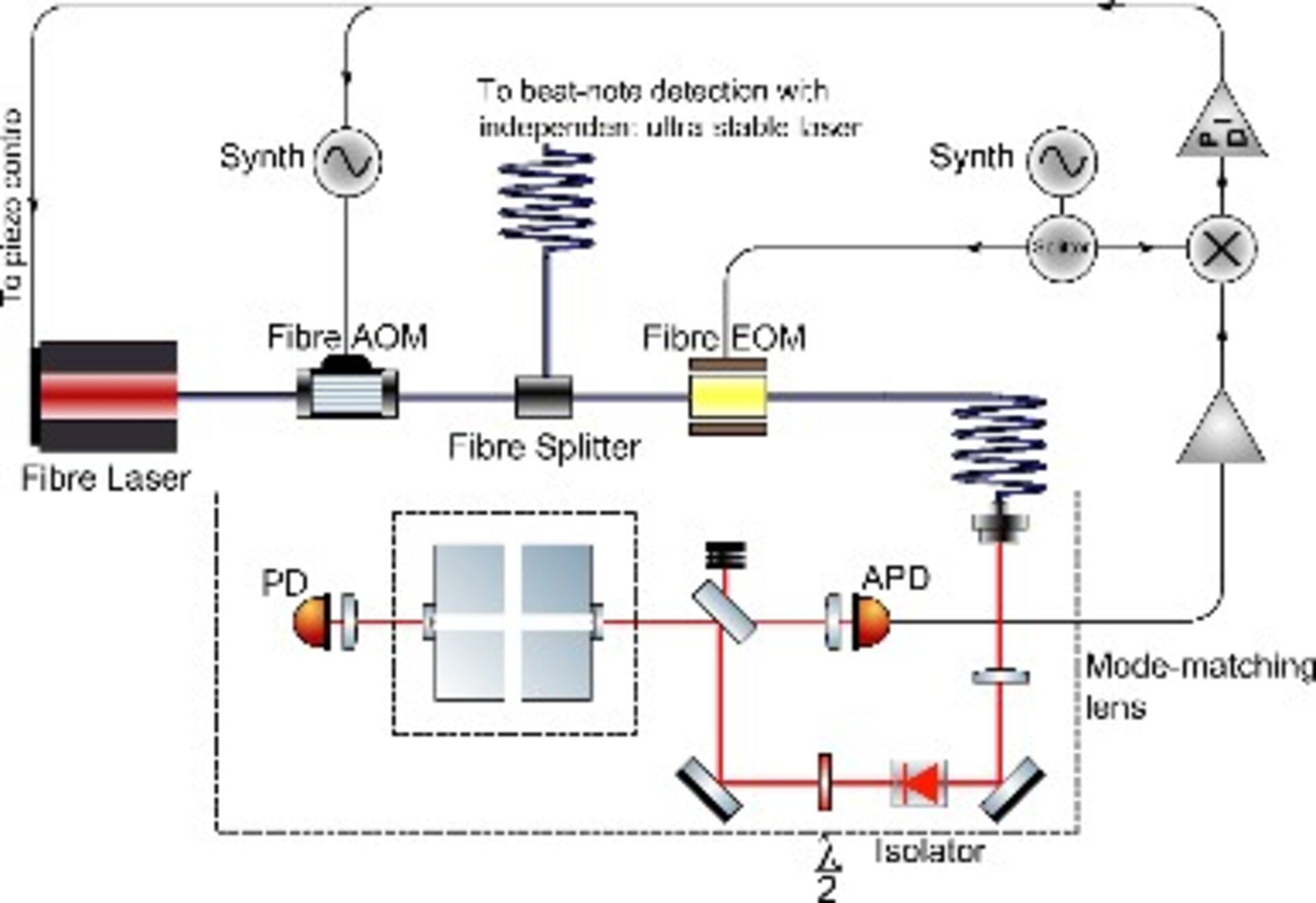 
Optical reference cavities are an integral part of the highest-performing local oscillators for optical clocks and microwave frequency distribution systems via optical-to-microwave synthesis. With this capability, they are of significant importance for a range of future applications in space science, navigation, earth observation and telecommunications, as well as aerospace, radar, and high resolution spectroscopy instrumentation. NPL has developed a patent-pending cubic optical cavity which has shown to be the leading design for transportable systems, demonstrating the smallest passive insensitivity to accelerations.

Objective(s):
The high-level objective of the ORCS activity was to take this initial concept and develop a prototype optical cavity at the TRL 4 level to provide the necessary performance within the variable and challenging conditions encountered within the space segment, including launch, deployment and operation. The activity included:

Achievements and status:
An elegant breadboard for laser frequency stabilisation, featuring a rigidly mounted and fully operational optical cavity in a vacuum enclosure, was designed, assembled and characterised. A custom feed-forward arrangement, based on an array of accelerometers and an FPGA system, was developed and shown to further reduce the acceleration sensitivity by a factor of 40.
The manufacture of the ORCS EBB was performed in-house at NPL. Laminar air flow cabinets were used to provide a clean environment for optical contacting and hydroxide-catalysis bonding.
The ORCS EBB underwent shake testing at accelerations of up to 10 g, with key results including the successful survival and stable alignment of the optical cavity, and that important information on the structure of the custom vacuum chamber was obtained. The EBB consisted of the complete cavity vacuum system with the electronics, optics and optomechanics needed to lock the frequency of a laser to a fringe of the optical cavity. A schematic of the EBB layout is shown in the diagram. A narrow linewidth laser was locked to the ORCS EBB for the performance testing campaign, during which both the acceleration sensitivity of the ORCS EBB and the frequency stability of the locked laser were measured. A frequency stability of 1×10−15 at 1 s was achieved both before and after environmental testing, meeting the target specification.

Next steps:
To achieve TRL5/6 further development of the ORCS EBB is required, particularly small refinements to the support of the ion pump and valve attached to the vacuum chamber. The system could be further improved by the use of a coordinate-measurement machine in a dedicated clean room to enable high precision absolute position of components during cavity assembly.