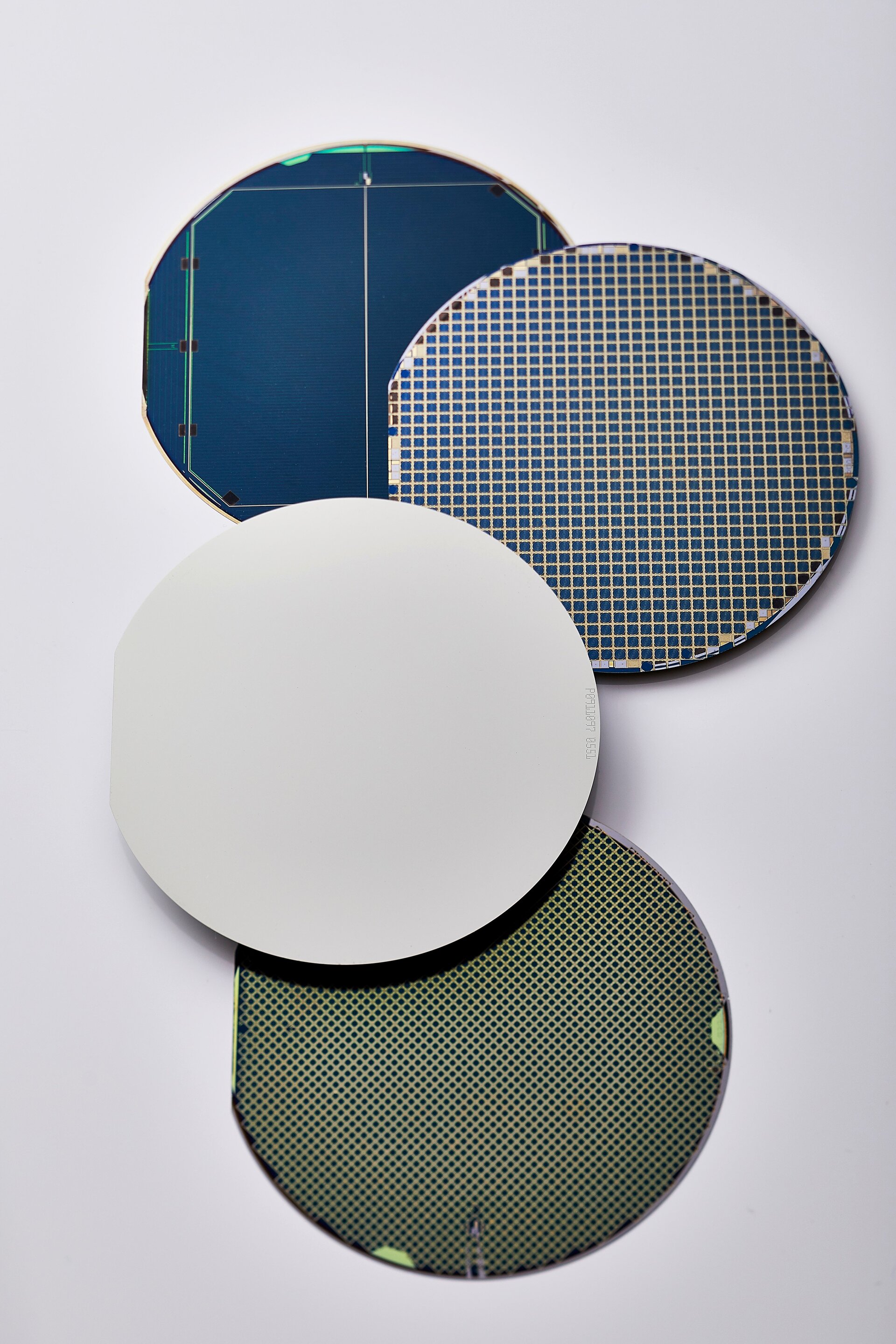 
III-V based, triple junction solar cells are the preferred way of powering commercial (telecom) and ESA satellites. The technology is already in an advanced state although there is still potential to improve the performance in terms of electrical output, mass and cost. To deal with the latter, a possible route is to increase the solar cell dimensions. Germanium 6" wafers offer a great platform for lowering the cost of triple junction solar cells, since the processing cost per cell is reduced (epitaxial growth, device manufacturing and integration).


Nevertheless, despite the existence of the necessary heavy machinery to produce fully compatible and functional 6" wafers it has been identified the existence of defects on them that impose a limitation on any potential cost benefit that is encountered for larger dimensions, lowering the yield obtained and the return on investment for this product.

The two substrate-related defects that undermine the performance and the yield identified were the fried eggs and icebergs defects. The former leaves clear staining on the substrate after growth, while the latter has, beside a visual mark, an influence on the electrical performance of the solar cell.


The main objective of the proposed activity was to enable state-of-the-art solar cell manufacturing on 6’’ (150 mm) wafers while maintaining at least the same or better solar cell performance and production yield as that obtained with 4’’ (100 mm) wafers. In fact, the goal was to improve the quality of the 6” substrates to the point that the two most important quality issues identified have the minimum rate of occurrence.


For both defects, the approach was similar. Initially, a root cause analysis was performed, the root cause verified and validated and, finally, the improved 6’’ Ge wafers were implemented and qualified. The project was split in two main work packages that focused on the two separate defects at their respective size scales.

On the other hand, the focus on the fried egg defects was instead on macroscopic scale. Visual inspection of bigger particles on the wafer prior to and after packaging and shipping was the key to give an indication of the likely root causes. In order to fulfil the new strict requirements, the packaging has been completely redesigned. In addition to the transition towards the multi wafer shippers, also the protecting bags and the secondary packaging have been redesigned.

The main overall benefit of this activity was to ensure a more consistent quality of the product developed and prevent faulty products from leaving the facility. This was due to a better understanding of the impact of the packaging and how the substrate quality affects epitaxial growth.


The new solar cells will be available to be used in all types of missions, especially GEO satellite mission.

Nonetheless, for the icebergs defect, despite having fully understood the formation mechanism during his activity, the altering of the substrate surface in terms of crystal originated pits will still require some further research and possibly some hard ware changes. Still, within the limits of the current process, an optimized parameter setting has been adopted.