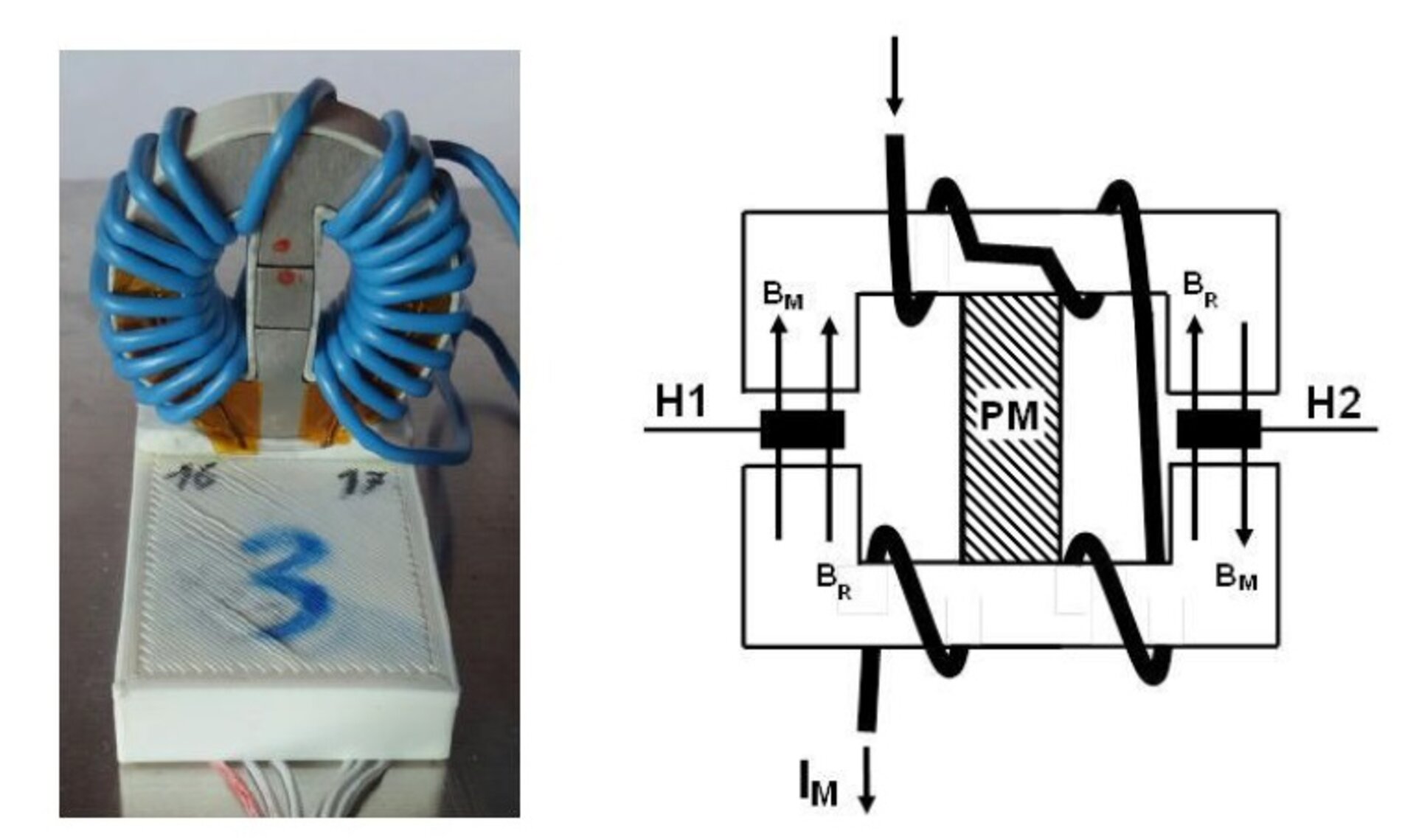 A novel Self-compensating Hall Effect Current Sensor (SHECS), addressing the need for isolated current sensing on board large GEO telecom platforms, was developed and tested. The electric power generation capability of GEO telecom platforms has greatly increased, to the point that nowadays Electrical Power Systems (EPS) capable of 15-20kW are not uncommon. Considering that state of the art EPSs feature voltage levels falling in the range 100V-120V, hundreds of Amperes need to be routed and monitored.

The aim of the activity was to design a self-compensating, galvanically isolated, Hall Effect current sensor purely analogic. The accuracy class reached was 0.5%. The test campaign covered:

The proposed self-compensating principle permits to compensate the effects of temperature, aging and radiation drifts reducing the measurement errors associated to classical hall sensors. A preliminary prototype based on a magnetic core with two hall effect probes and their conditioning and processing electronics, was designed, manufactured, and successfully tested.

Vibration and electromagnetic compatibility (EMC) tests were not performed, as the prototypes mechanical assembly was not representative of the final one. Additional effort is being invested in the improvement of the mechanical case, including solutions aimed at further reducing the magnetic moment. The following basic performances were measured:

A galvanically isolated current sensor for high currents with extremely low losses and power dissipation has been developed and tested. This current sensor can measure the high current values at various locations of the electrical power systems of modern high power GEO telecom satellites.

Improvements in the development and manufacturing of the current sensor have to be implemented. The next steps are driven to develop firstly an engineering qualification model (EQM) and then proto-flight model (PFM) samples to demonstrate the complete operation of this product in aerospace environment. SITAEL are already working on the refinement of this prototype.