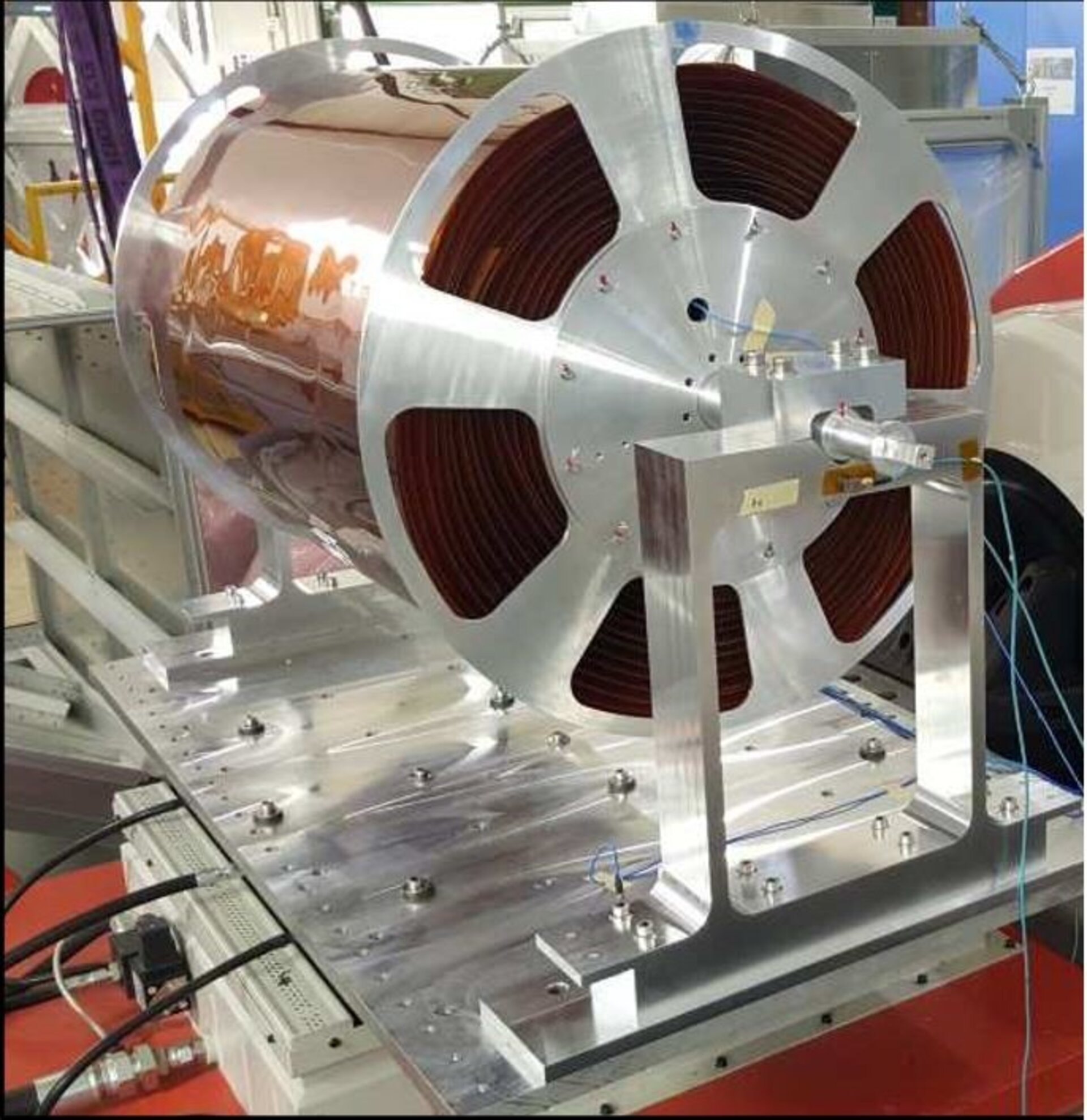 A newly-closed activity with GSTP has built a solar array which can be rolled up like a carpet.

The state-of-the-art technology for solar arrays has always relied on rigid panels, which meant their size and transportation was limited.

Flexible solar arrays with a roll-out architecture pave the way to very high power and lightweight solar arrays. If solar arrays could be more compact, it would suit multiple satellite launchers and the high level of modularity needed to enable a solar array that might retract during a mission.

Recently, all around the world, solar arrays which can be bent and flexed in this way are being designed and tested but in Europe these technologies were not as developed, until now.

An activity with Thales Alenia Space in France has manufactured and tested a complete mock-up of a solar array that is wound up on a spool, much like a carpet or a roll of paper.

The mock-up has already undergone several environmental tests, including vibration, to reproduce the mechanical accelerations this structure might experience during a launch.

After this test, a visual inspection and a test of the solar arrays electronics was performed and showed clearly that the solar cells and interconnectors remained undamaged.

The activity fell under GSTP’s de-risk initiative that looks at  technologies with the potential to make a substantial impact and where a short de-risk project could help define a clear way forward around critical issues.