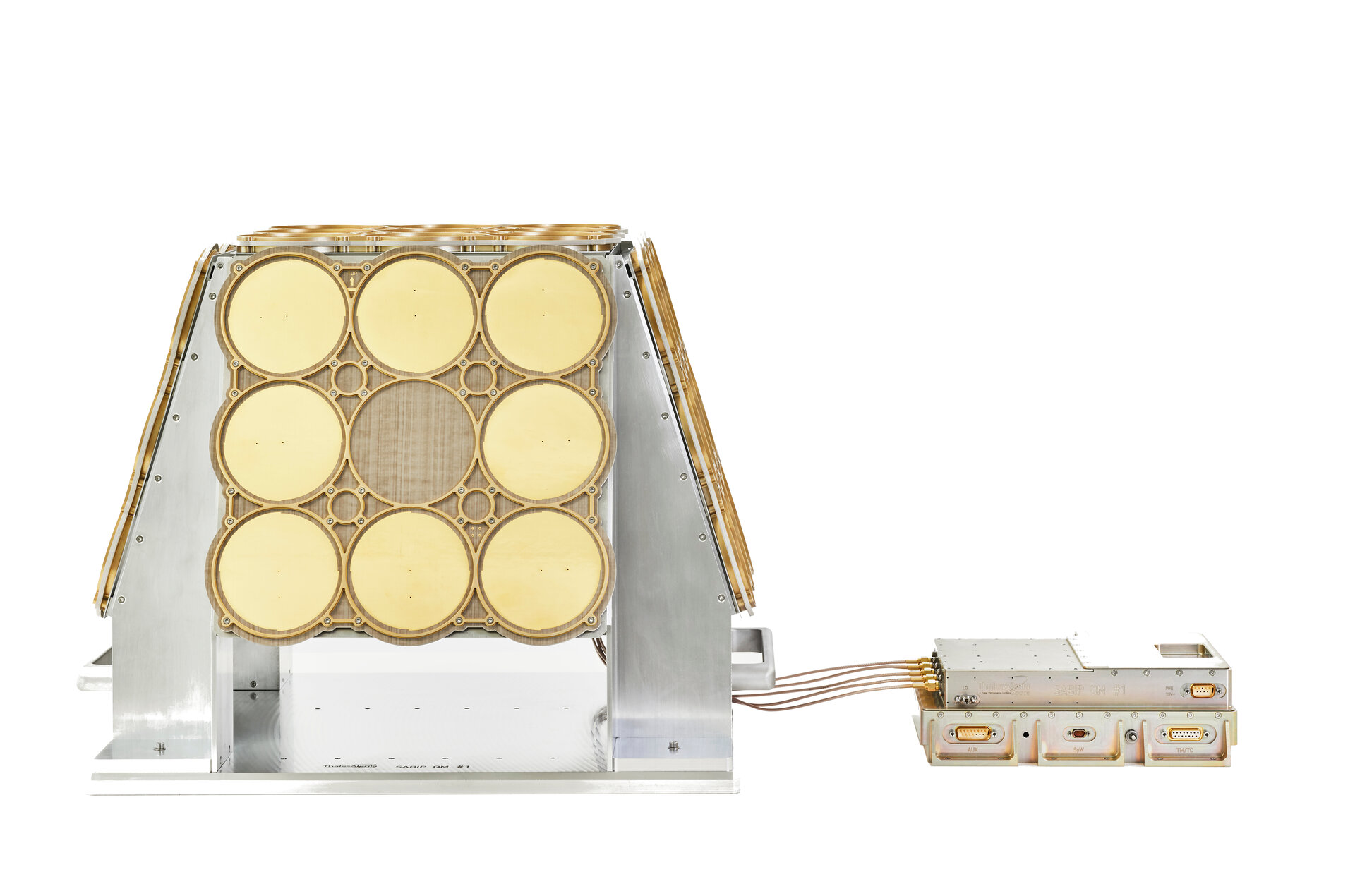 
The Automatic Dependent Surveillance Broadcast system (ADS-B) is a technology where an aircraft broadcasts its flight information periodically using a dedicated transponder at L-band frequencies, with a power of up to several hundred watts, which is then received by corresponding ground stations and forwarded to air traffic control.

From 2020, the utilisation of ADS-B transponders will be mandatory in most airspaces of the world for commercial traffic. However, with 71% of the world covered by oceans, the reach of the presently used terrestrial surveillance installation is limited and current terrestrial coverage has surveillance gaps at low altitudes and in mountainous areas.


Objectives
To overcome the impossibility of the establishment of ground stations everywhere, a possible step is to bring the ADS-B receiver stations into space and establish global real-time surveillance of air traffic. Such a system will detect ADS-B signals broadcasted by each aircraft on a regular basis and make this data available to air traffic control stations.

Thus, the objective of this activity consisted in the design, development and manufacturing of an ADS-B receiver and antenna for a small satellite mission, which was denoted as SABIP (SpaceBased ADS-B Payload Development for Air Traffic Surveillance).


Achievements and status
SABIP’s project outcome was a qualified, versatile, multi-channel, software defined radio platform which implements a multi-channel ADS-B receiver. The study has demonstrated that such payloads can be accommodated on a variety of satellite platforms using standard interfaces.

In addition, an in-orbit demonstrator receiver is already flying on-board the ESA Proba-V satellite in order to demonstrate the overall feasibility. Nevertheless, an operational system would need global coverage and real-time capability, requiring additional effort to reach these objectives.

Next steps
The SABIP is a prototype of a possible constellation payload to demonstrate operational scenarios of air traffic control, based on in-orbit ADS-B receiving stations. This is an important step towards a future commercial ADS-B system in space based implementation, currently being explored.