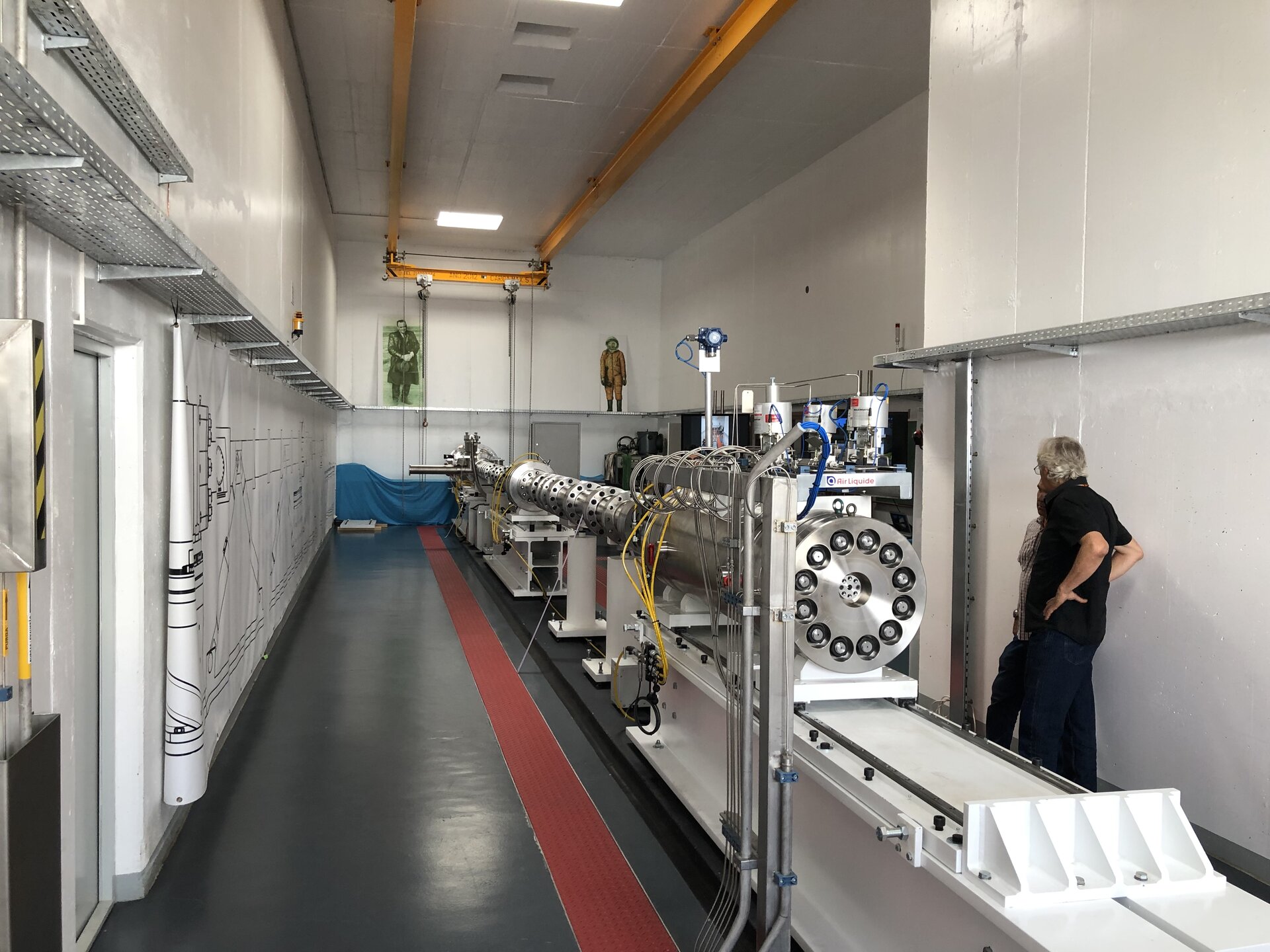 Fast-forward 50 years and at the exact same time, on the same date, the European Shock Tube for High Enthalpy Research (ESTHER) was inaugurated.

The ESTHER is a double-diaphragm combustion shock tube that will research high-speed shocked flows. It is capable of reproducing the conditions of a spacecraft’s entry into a planetary atmosphere, improving validation of vehicle designs – namely how well their thermal protections work.

This understanding is crucial for the design of the thermal protection system enabling (manned) return missions to Earth as well as entries into the atmospheres of Mars, Venus and the outer planets.

ESTHER is an excellent high-performance facility, unparalleled in the EU, capable of reaching shock speeds in excess of 12km/s. The facility deploys a large array of state-of-the-art optical diagnostics, including optical emission and absorption spectroscopy, laser spectroscopy, and microwave interferometry.

These diagnostics encompass a large spectral range, from the vacuum-ultraviolet to the infrared regions, to give us a better understanding of the elementary energy exchange processes taking place in such high-temperature, non-equilibrium plasmas.

Funded by the TDE (T217-052MP), ESTHER is a facility hosted at the Institute for Plasmas and Nuclear Fusion in Lisbon, which is an Associated Laboratory of Instituto Superior Técnico, within the Universidade de Lisboa.