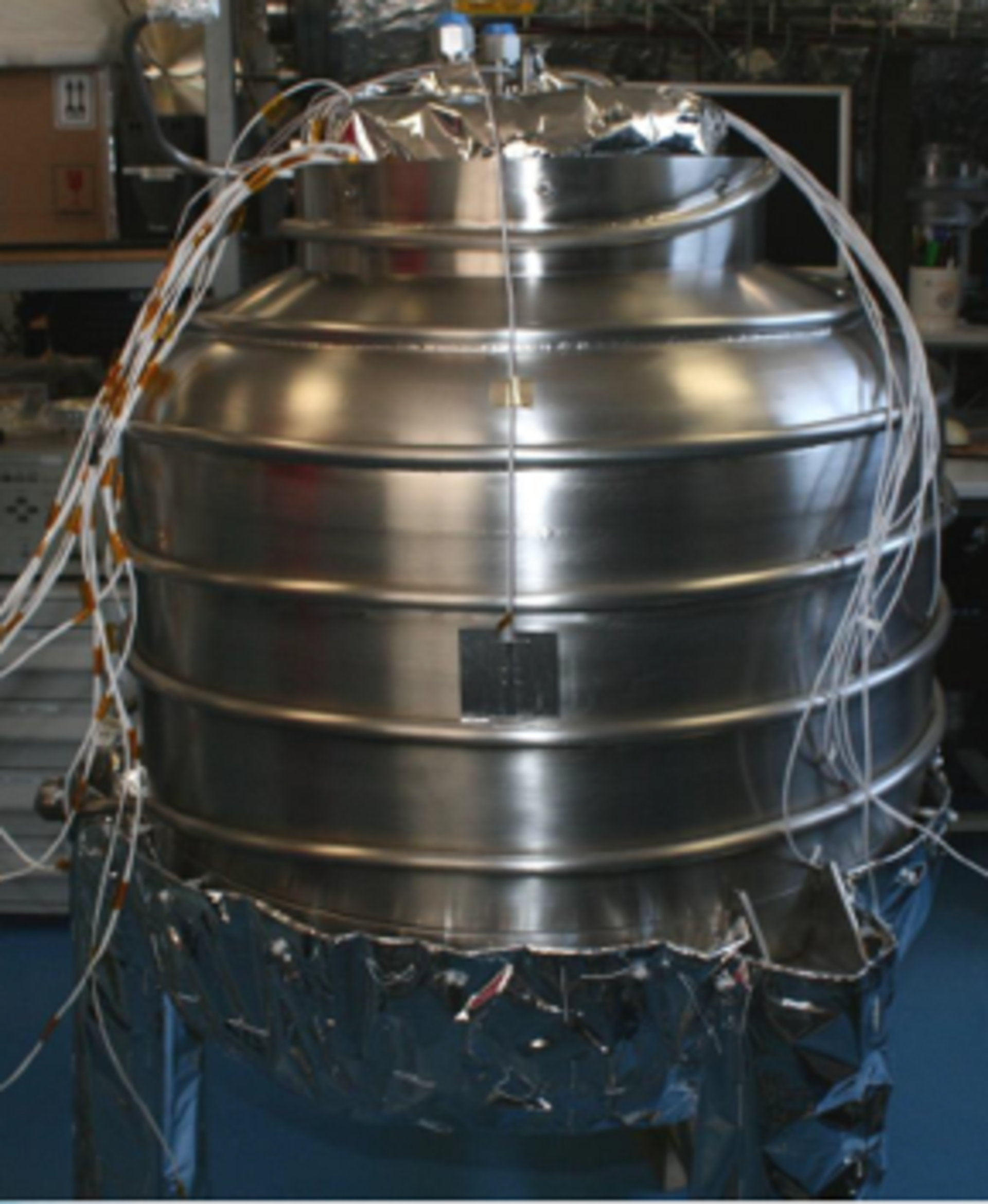 
The high Specific Impulse of Cryogenic propulsion (Liquid Oxygen + Liquid Hydrogen or Liquid Methane) makes it a natural candidate for missions with high Delta V requirements (e.g. Outer Solar System missions, manned exploration missions). However, the current evaporation loses of such cryogens limit the spectrum of attractive scenarios to relatively short duration missions.
The purpose of a Zero Boil-Off (ZBO) System is to reduce or even suppress the losses due to the venting of evaporated cryogenic fluids. The basic principle is to use a combination of passive insulation and active cooling.

Objectives
The first objective of this study is to identify Boil-Off Mitigation architectures relevant for two scenarios:

The second objective of the activity is to design and test a small scale demonstrator that shall alleviate critical technical points of both architectures as well as putting together a development plan for such a technology.

Achievements and status
The first phase of the project identified Zero Boil Off (ZBO) or Reduced Boil Off (RBO) architectures composed of the following building blocks: Large Reverse Turbo Brayton Coolers, Vapor Cooled Shields and interception of the parasitics at the interfaces.

In the second part of the study, a Demonstrator test was performed that validated the ZBO/RBO concepts.

Benefits
The activity permitted to demonstrate that key architectural solutions can be considered for future RBO ZBO architectures:

In addition, the Thermal and Thermodynamic model of the system was correlated, that can be used for further studies.

Next Steps
Thanks to this study, the main building blocks for future ZBO/RBO architectures are identified:

All those subjects are recommended to be tackled in future technology development programs.