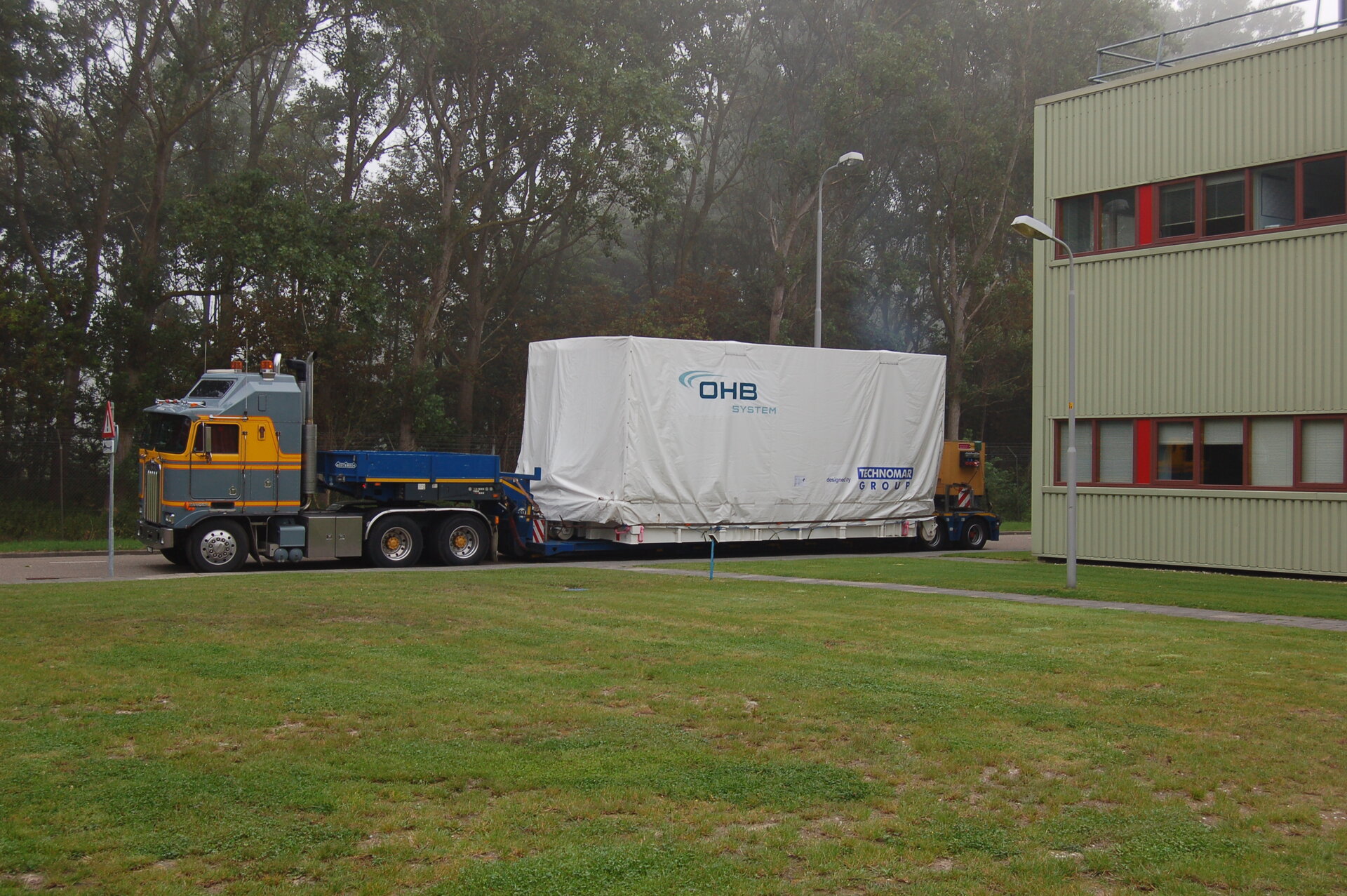 After a careful four-day road trek from Switzerland, the first model of the Small GEO communications satellite platform has arrived at ESA for testing.

During its time at ESA’s ESTEC facility in the Netherlands, the Structural–Thermal Model will be exposed to the severe vibration and the tremendous noise the satellite will face during takeoff.

When these tests are completed, it will be moved to ESTEC’s Large Space Simulator for thermal testing. The simulator is Europe’s single largest vacuum chamber – a cylindrical container 10 m in diameter and 15 m in height.

The simulator results will be compared with the thermal models used by engineers to predict the conditions Small GEO will experience during its lifetime in space.

The chamber’s high-performance pumps can achieve a vacuum a billion times lower than our sea-level atmosphere, while liquid nitrogen circulated around the simulator approximates the cryogenic temperatures of space.

Testing is expected to last until December.

The 1:1 model of Small GEO replicates its mechanical and thermal characteristics. It was assembled by RUAG in Switzerland, with elements provided by Germany’s OHB System and its consortium of European contractors.

ESA is focusing its support on research and development activities through its ARTES telecommunications programme, while industrial partners, led by Germany’s OHB System, finance a substantial part of the development costs.

Small GEO’s first use is for Spanish operator Hispasat’s Advanced Generation 1 satellite, expected to be launched in 2014.

Hispasat will merge Hispasat-AG1 into its existing fleet of communications satellites. OHB System will be responsible for assembling the satellite, testing it in orbit and early operations.