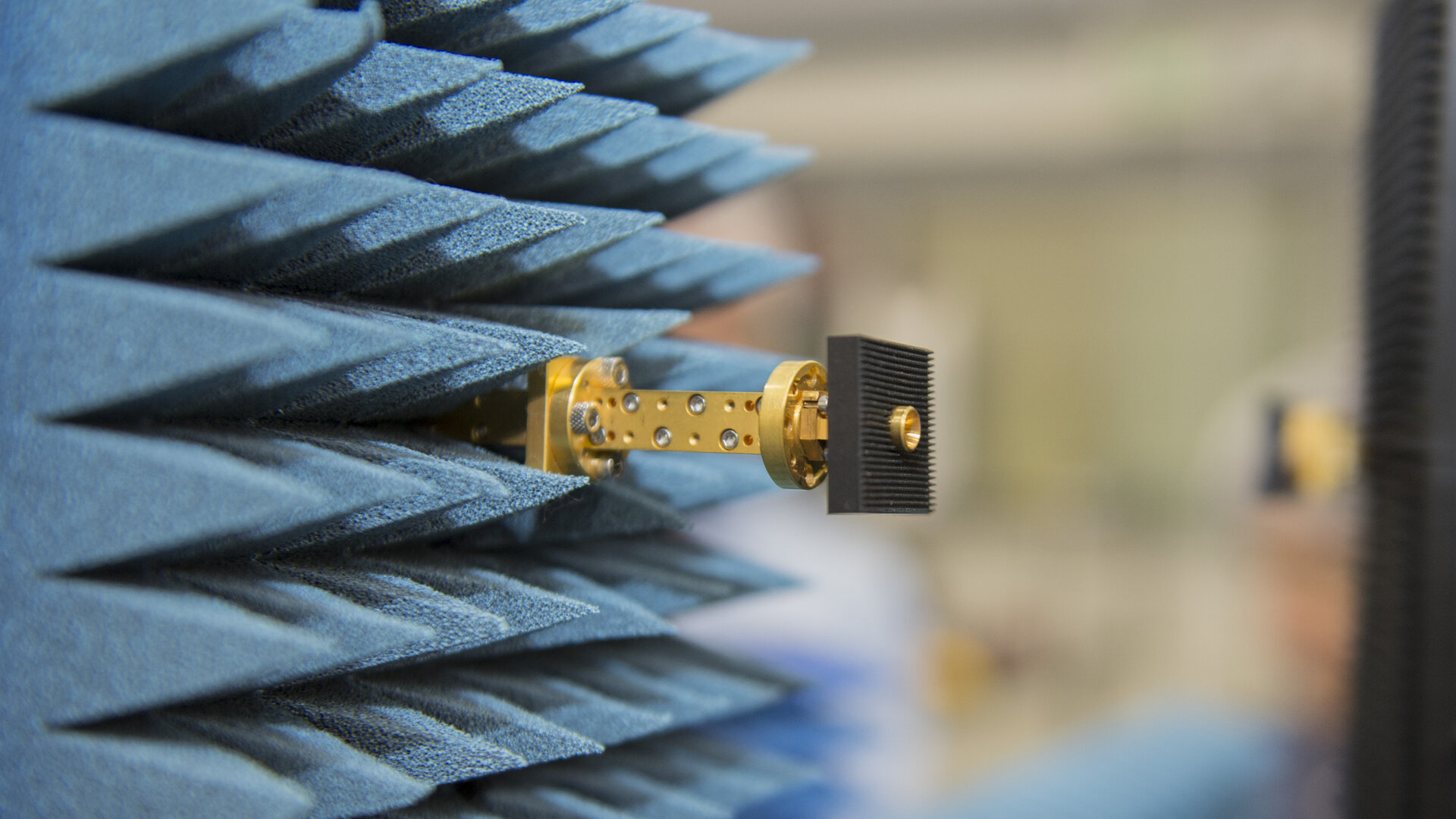 ESA’s antenna test facilities are operating at higher frequencies than ever before, helping to prepare a future instrument targeting a mystery aspect of Earth’s climate.

The new (Sub)millimetre-wave Scanner Test Facility at ESA’s technical centre in Noordwijk, the Netherlands, was used for the first time for early testing of prototype feed horns designed for the highest frequency channel of a ‘radiometer’ to scan Earth’s atmosphere for icy cirrus clouds.

These high-altitude clouds play a crucial role in global climate. They reflect radiation from the Sun back into space as well as trapping upwelling radiation from below in a natural greenhouse effect. Which of these two competing mechanisms dominates depends on the altitude, the composition of the clouds and the size and shape of the ice crystals making up the clouds.

As part of the MetOp-Second-Generation payload, the Ice Cloud Imager will continuously observe Earth’s atmosphere in 11 mm and sub-mm channels. Europe’s first MetOp-SG weather satellite is scheduled to be launched into a polar orbit in 2022.

“With our new (Sub)mm-wave Scanner we can easily work with frequencies up to 750 GHz,” explains ESA antenna engineer Elena Saenz.

“The higher the frequency, the shorter the wavelength, and in this case that brings us down to around half of a millimetre – so everything gets very small-scale.

“This test bench, equipped to build up a detailed signal picture in all directions, is the functional equivalent of the full-scale Hertz Hybrid European RF and Antenna Test Zone chamber, big enough to encapsulate entire satellites or large antennas, which operates up to 50 GHz.

“But there are big challenges associated with extending our operating frequencies upwards in this way. First of all, the extreme electronics performance needed to generate the radio signals, and then to ensure the highly precise alignment of the test, using laser measurement systems. The scanner itself rests on a granite block to isolate it from external vibration.”

ESA’s Antenna Test Facilities are able to meet the needs of future missions, which are set to employ a broader range of radio frequencies.

The early testing performed for MetOp-SG’s cloud imager will be followed by research beneficial to instruments operating at even higher frequencies, such as the submillimetre sensor for the Juice Jupiter Icy Moon Explorer mission, due to be launched in 2022.