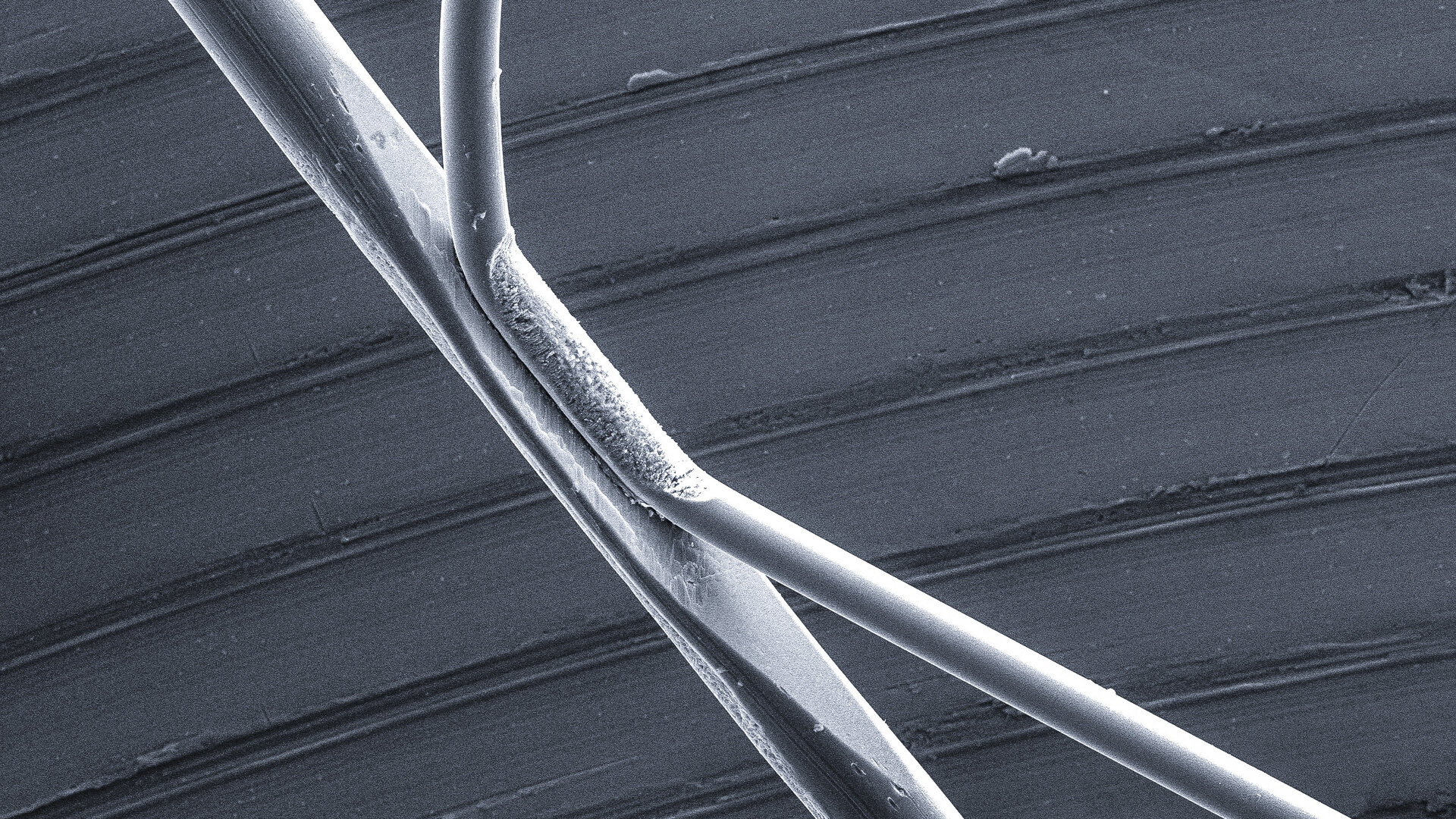 Space tethers hold intriguing potential for satellite manoeuvring, attitude control and even power generation. But about half of all orbital tether tests have either failed to deploy or snapped, probably due to micrometeoroid impacts.

This scanning electron microscope image shows the new design of an ultra-thin and hopefully snap-proof solar sail tether soon to be tested on Estonia’s ESTCube-1, which is being launched into orbit along with ESA’s Proba-V satellite on the next Vega rocket in April.

Harnessing manufacturing techniques from the microelectronics industry, this aluminium tether measures just 50 micrometres across – across half the diameter of the average human hair – with a smaller 25 micrometre wire interweaved onto it.

The University of Helsinki’s interweaving technique, with several wires joined together every centimetre, will hopefully keep the tether intact to run an electric charge down it, even if all but one subwires in the tether are cut.

Designed, built and operated by the students of several Estonian universities and led by the University of Tartu with Tartu Observatory, ESTCube-1 is part of ESA’s Plan for Cooperating States agreement with Estonia, a one-year programme of activity taking place as a prelude to the country joining ESA as a Member State.

The electric solar sail, or ‘E-sail’ being tested by this CubeSat mission, passes electricity through wires such as these to generate electrostatic forces which in turn generate momentum.

In low orbit, E-sails could be used as brakes to deorbit satellites. Beyond Earth’s magnetic field, satellites could one day make use of the solar wind to gain a nearly free ride across the Solar System.

ESTCube-1 will unfurl a 10 m-long single-strand E-sail to show its potential as a compact and economical deorbiting method, measuring the resulting force acting on the E-sail as it comes into contact with space plasma. A 100 m E-sail tether will fly on Finnish student CubeSat Aalto-1 next year.