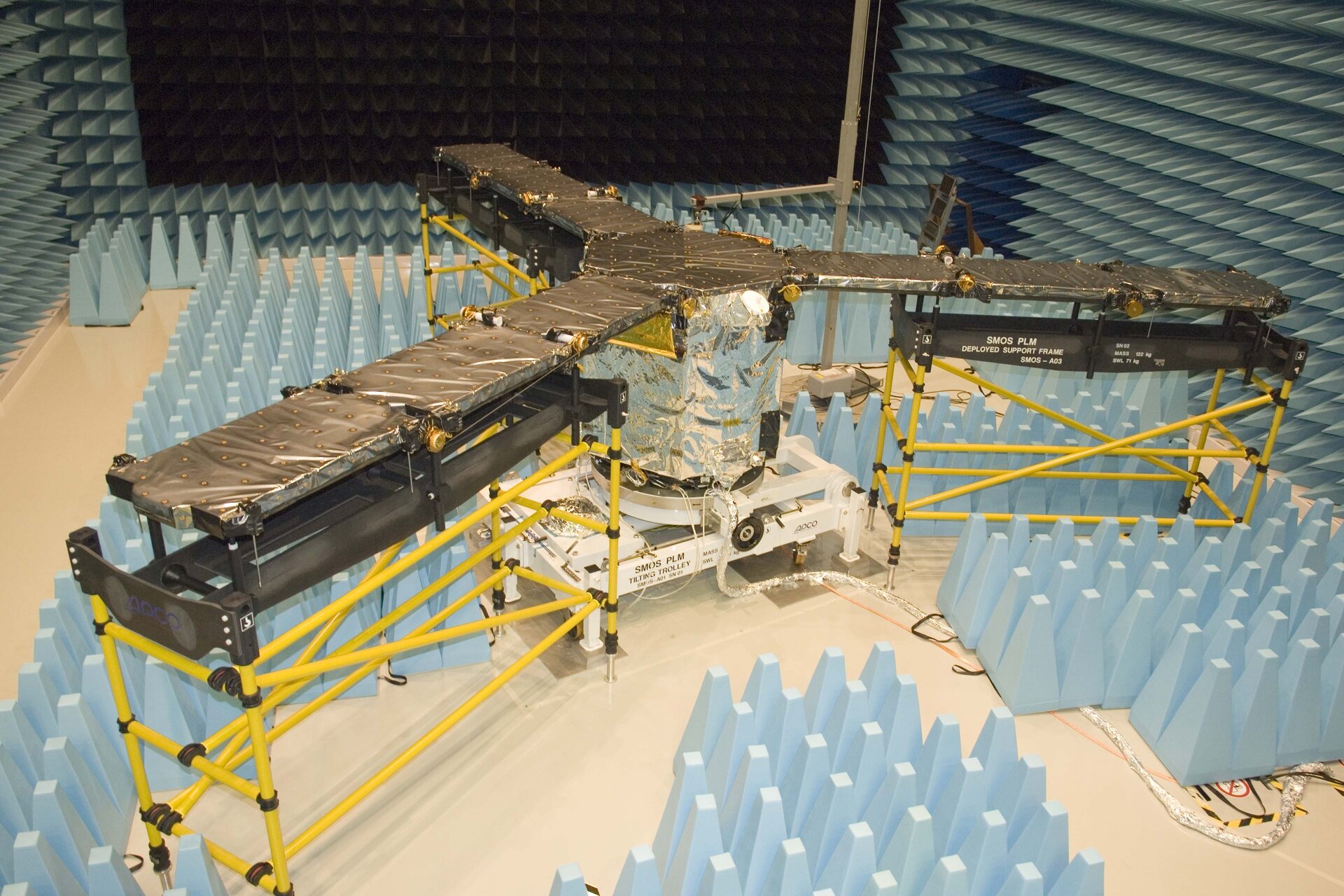 A spacecraft’s structure is its underlying body, tasked with keeping the spacecraft suitably rigid to support its instruments and subsystems. Mechanisms, conversely, are onboard devices whose function is based around movement.

What is the Structures and Mechanisms domain?

Structures and Mechanisms involves all activities connected to the launcher and satellite structure and the moving parts associated with it. The structure provides a strong supporting framework to house payloads, instruments and satellite subsystems, especially through the stresses of launch.

Moving mechanisms attached to the rigid structure are crucial to mission success. They include motors, reaction wheels and deployment systems for folded-down antennas or solar arrays. Other examples include sensor pointing and scanning mechanisms, gravity-detecting gradiometers and valve and turbopump components for propellant systems.

Why is Structures and Mechanisms important?

Settling a launcher’s or satellite's shape is a crucial part of the overall mission design. It is dictated first by the nature of its mission but also largely by the noise and vibrations it will be put through during its first ten minutes or so of active life, as it hurtles into orbit at more than 25 times the speed of sound.

The structure has to be light enough to be launched in the first place while also being strong and stiff enough to support the payload and endure launch loads without bending or breaking. Any structural distortion could impact the operations of telescopes, imagers or antennas precisely mounted on the satellite.

Once in orbit the satellite structure must then be able to resist environmental factors – ensuring structures are proofed against potential impact threats as well as pyrotechnics, which are small explosives to deploy parts of the spacecraft which are kept folded away during launch.

Moving parts are an essential part of spacecraft systems, whether they be deployment devices that only have to operate once or continuously working systems which must operate reliably for years on end. The challenge comes with the fact that microgravity and the orbital vacuum change the practicalities of movement in space.

For moving devices to work reliably the domain takes in the specialist area of space 'tribology' – the study of how moving surfaces interact. If friction is too high then a device might seize up, or excess wear may lead to a part losing its precision. Lubrication keeps Earth-based mechanisms moving optimally but standard liquid or grease blends swiftly evaporate under vacuum conditions – specialised solid lubricants are required instead.