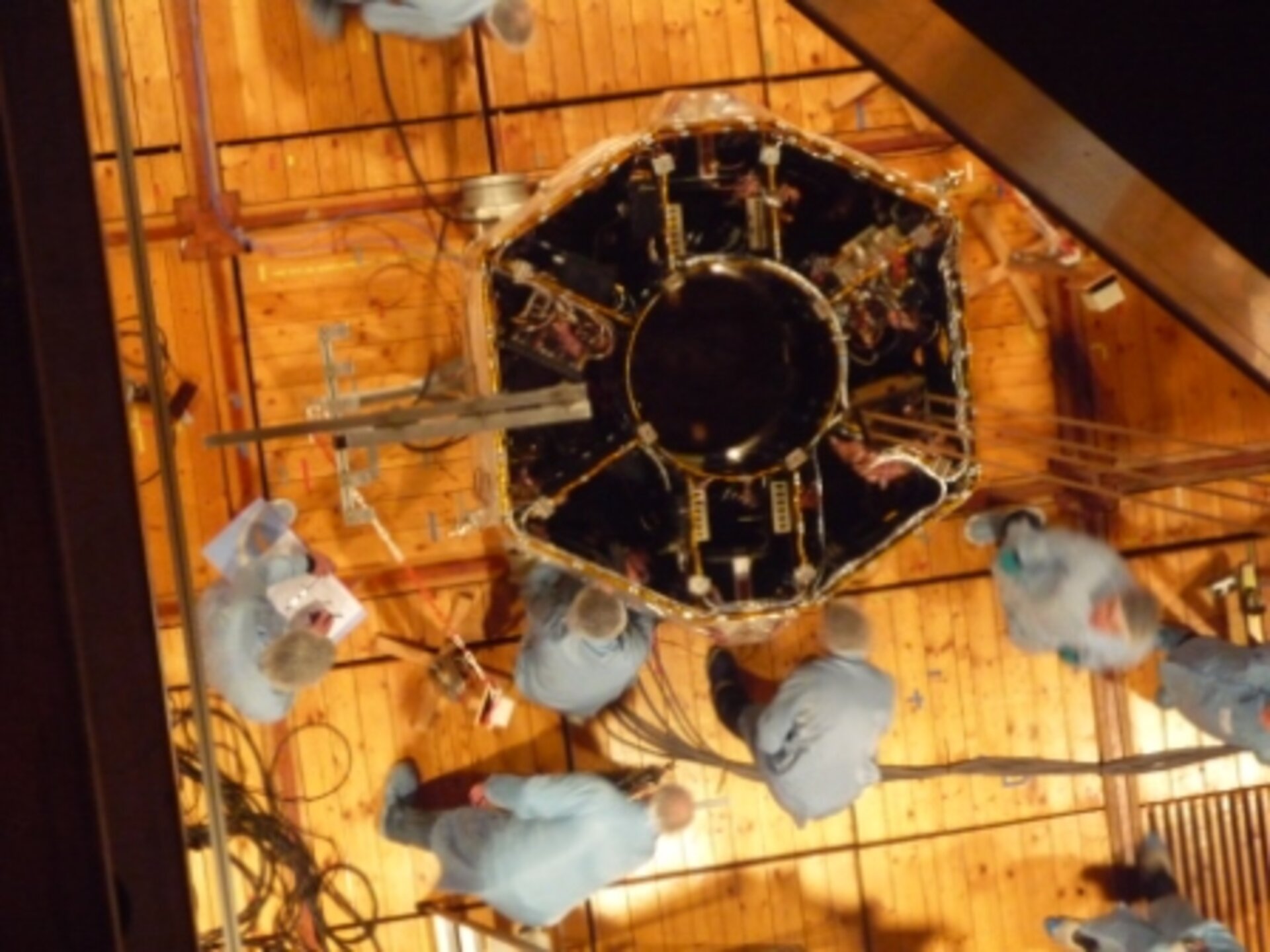 Pull off a perfect, unimpeded fall through space: it is the very simplicity of LISA Pathfinder’s central goal that makes it one of the most technologically demanding missions in ESA’s history.

A pair of metal test masses will float free inside the spacecraft 1.5 million km away from Earth, cut off as much as possible from all external forces – even the faint magnetic influence of LISA Pathfinder itself.

Accordingly LISA Pathfinder, due to launch in mid 2013, has to be among the most magnetically ‘clean’ and stable spacecraft ever flown.

To succeed, the mission has extremely stringent requirements to limit any disturbance of the test masses by magnetic materials or effects. Having first characterised these effects, designers sought to minimise them. A follow-up test phase ensured these precautions worked as planned.

For past ESA missions like Ulysses and Cluster where magnetic effects were an issue any susceptible instrument was placed on a boom away from the main spacecraft body. That is not an option in this case: to keep the test masses shielded from the external universe, they have to sit right at the spacecraft’s heart.

Instead the mission has been designed and tested from the beginning with magnetic cleanliness in mind, explained Laurent Trougnou, LISA Pathfinder’s magnetic engineer: “There were two aspects to keep in mind: firstly the magnetic properties of the test masses had to be kept as low as possible – ideally down to nothing, the same as empty space, though of course in reality this could not be so.

"Secondly the magnetic environment within the spacecraft had to be kept well under control.”

The test masses needed to be as dense as possible while also possessing minimal sensitivity to magnetic fields. The team considered various materials but their studies finally led them to a combination of gold and platinum as the best solution. The resulting masses were virtually immune to magnetism. But ‘virtually’ was not precise enough for the mission’s ultra-strict perturbation budget.

So to detect the residual magnetic properties of their test masses, the team turned to specialist European facilities for help, starting with France’s International Bureau of Weights and Measures (Bureau International des Poids et Mesures, BIPM) in Sèvres outside Paris.

Entrusted with ensuring the uniformity of the kilogram and other international standard units, the BIPM is expert in devising one-of-a-kind measurement experiments.

Over two days in October 2006 the 2kg cubes were placed above small magnets set onto microbalances. A repulsive effect between each test mass and its magnet caused a slight change in the microbalance reading, as a way of measuring their ‘magnetic susceptibility’ – essentially their induced tendency to magnetise in the presence of strong magnetic fields. Their magnetic susceptibility turned out to be extremely small: roughly the same order of magnitude as that of water.

The next step was to measure the magnitude and direction of their innate magnetism in the absence of any magnetic field . To accurately evaluate this ‘magnetic moment’ the test masses would have to be removed from all background magnetism, including Earth’s own magnetic field.

The team took them to the single most magnetically-shielded room on Earth, part of Germany’s national standards institute, Physikalisch-Technische Bundesanstalt, (PTB) in Berlin – engineering models of the test masses were tested there in February 2007, with trials repeated for the flight models in July 2009.

Known as the BMSR-2, this is a chamber built like a set of Russian dolls out of seven separate shells of magnetically-resistant MuMetal – each one thicker than the last – plus a final layer of aluminium. Built on a 6m-thick concrete layer to dampen vibration, it is also fitted with compensating magnetic coils to cancel out any temporary variations in Earth’s magnetic field.

Often used to measure the faint ‘bio-magnetism’ given out by bodily tissue or brain synapses, BMSR-2 is equipped with superconducting measuring systems cooled by liquid helium to within four degrees of absolute zero to attain the extreme sensitivity required. Such ‘Superconducting Quantum Interference Devices’ (SQUIDs) were vital to establish the magnetic moment of the test masses.

“The measurements were sensitive enough to tell even when a truck was driving in the chamber’s vicinity,” said Mr Trougnou. “Even so it still required some clever physics to accurately acquire the test masses’ magnetic moment."

It turned out that each 2kg test mass had a magnetic moment about a thousand times lower than a standard, supposedly non-magnetic stainless steel screw.”