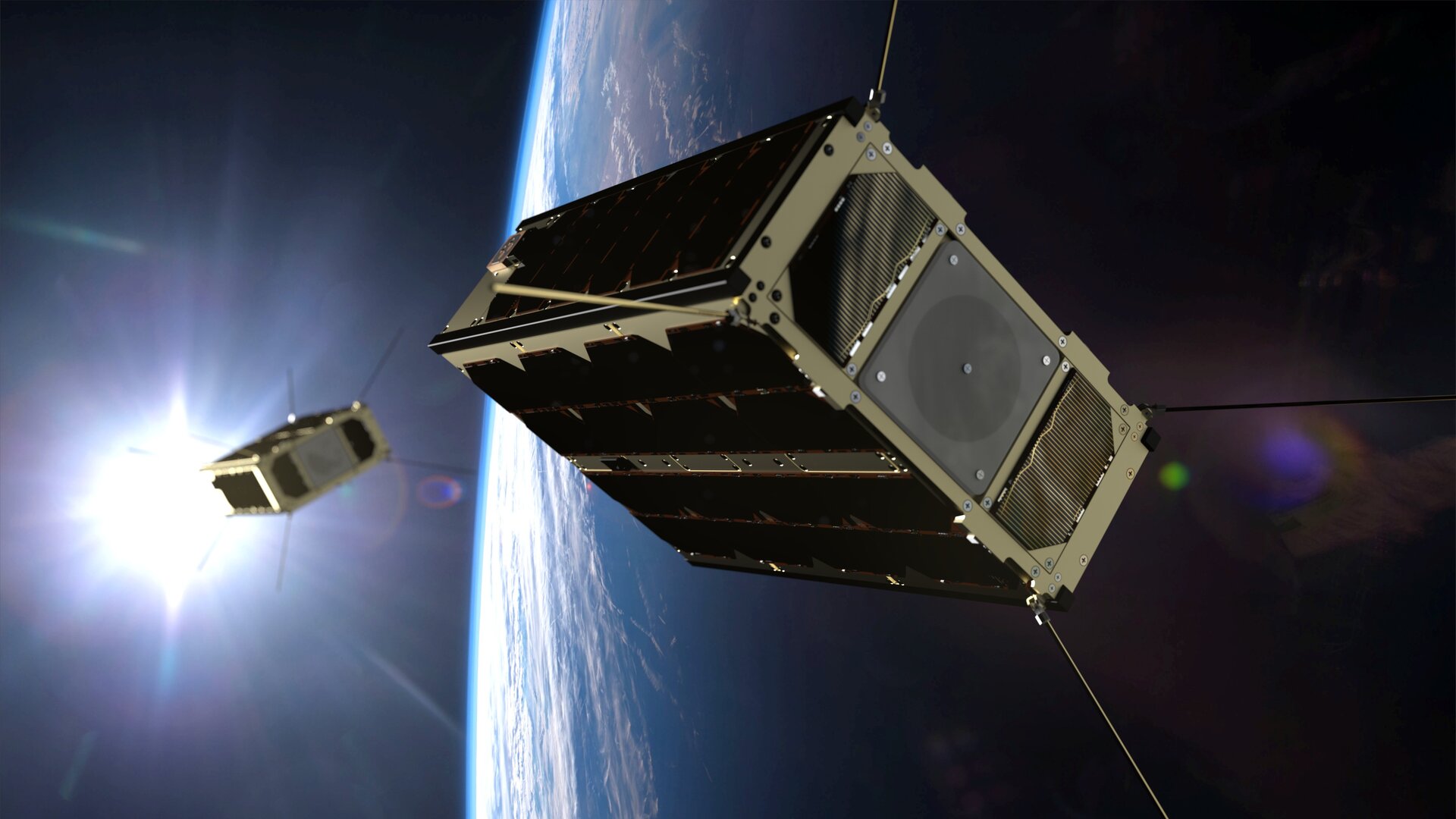 ESA’s first mission of the year was launched today: GomX-4B is the Agency’s most advanced technology-tester yet, featuring a hyperspectral camera and tiny thrusters to manoeuvre thousands of kilometres from its near-twin to try out their radio link.

These CubeSats are built around standard 10x10 cm units by GomSpace in Denmark. As ‘six-unit’ CubeSats they are as big as cereal boxes – but double the size of their predecessor GomX-3, released from the International Space Station in 2015.

“Unlike GomX-3, GomX-4B will change its orbit using cold-gas thrusters, opening up the prospect of rapidly deploying future constellations and maintaining their separations, and flying nanosatellites in formations to perform new types of measurements from space.”

The pair was launched at 07:51 GMT (08:51 CET) from Jiuquan, China, piggybacking on a Long March 2D rocket carrying a Chinese satellite to detect electromagnetic disturbances that might offer early warnings of earthquakes.

The focus of Denmark’s GomX-4A on imaging includes monitoring Arctic territory. It carries no thrusters but the agile GomX-4B will fly behind it, allowing the pair to test their radio link across various distances up to 4500 km.

“While these two CubeSats are closely related, they have different goals – but by flying them together we all gain extra opportunities for demonstrations in space,” adds Roger.

Some four hours after launch, they flew over their mission control centre – GomSpace’s premises in Aalborg, Denmark – at which point their early operations could begin.

“Just as in the case of a full-size mission, the two must be switched on and checked ahead of full operations.”

GomX-4B’s work can then begin for ESA. It will also monitor the performance of off-the-shelf computer parts in the harsh space environment, and test a new startracker for Dutch CubeSat manufacturer ISIS.