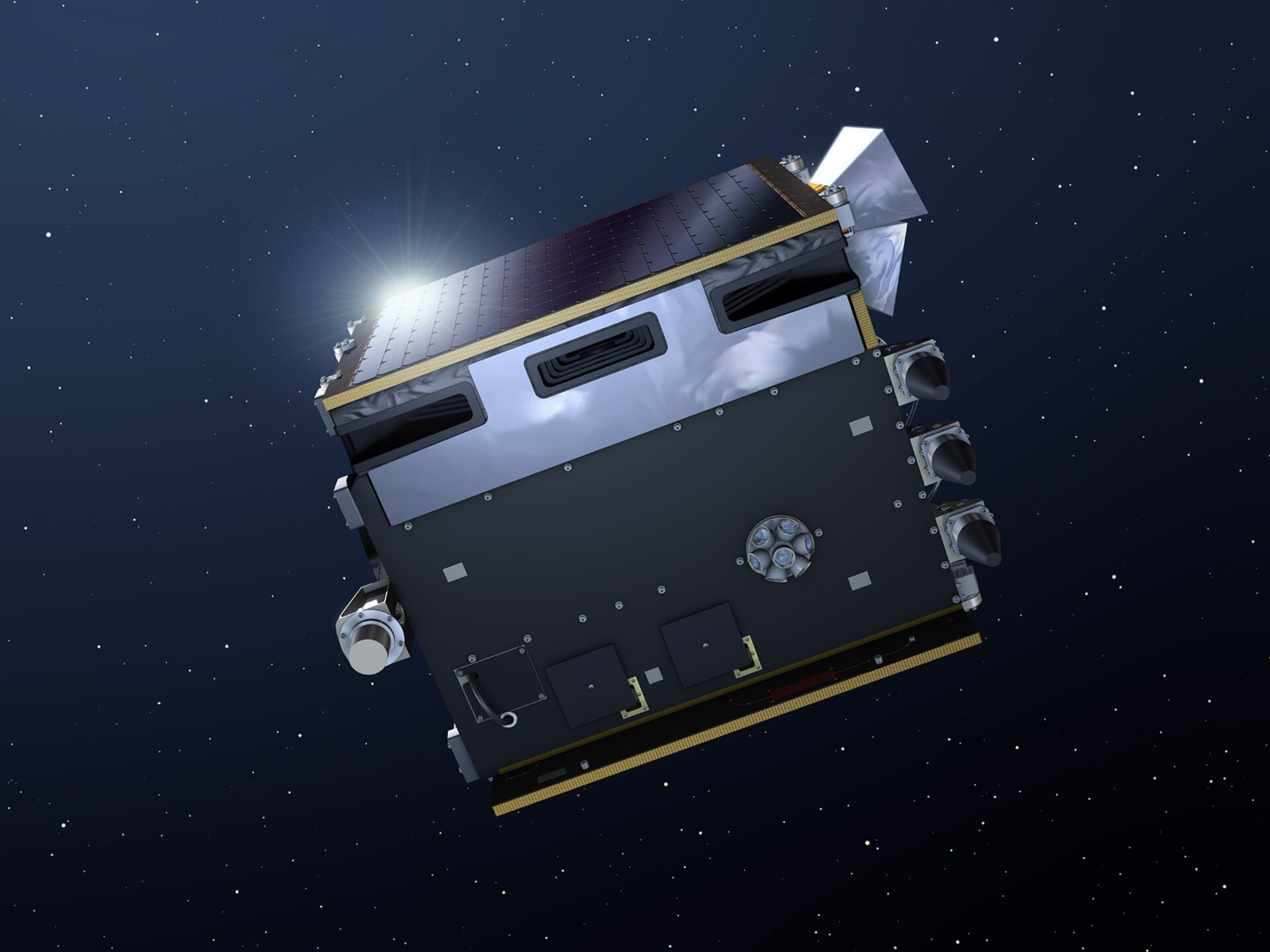 The small but powerful camera of ESA’s Proba-V mission can fit on a single laboratory table for testing. But when it reaches orbit, this compact sensor will deliver a daily overview of virtually all vegetation growth across Earth.

Daily global monitoring is an ambitious enough goal for a full-sized mission, but Proba is ESA’s smallest satellite platform – smaller than a cubic metre.

The aim is to have a microsatellite doing an equivalent job to the wide-swath ‘Vegetation’ camera on France’s full-sized Spot-5 satellite. But engineers needed to shrink it by a factor of ten, swapping glass lenses for lighter aluminium mirrors and combining three separate telescopes.

A test version of Proba-V’s wide-viewing imager has been subjected to a combination of hard vacuum and temperature extremes in ESTEC’s Mechanical Systems Laboratory, simulating conditions it will face in space.

“We are checking the instrument temperature stays within set limits,” said Jorg Versluys of Belgium’s OIP, the company building the imager. “Because its three telescopes have overlapping views, any temperature-driven deformation could put them out of alignment.”

Proba-V is a new departure for the Proba series, explained Karim Mellab, Proba-V Project Manager: “Proba-V’s Vegetation payload will need to be operational on top of its experimental nature.”

For the past 12 years, the Vegetation camera on Spot-4 and Spot-5 has been recording global vegetation growth and land cover changes, using its extremely wide 2250 km multispectral viewing swath and the ability to revisit all locations on Earth on a daily basis.

But France’s planned Pleiades follow-on satellites have no room to carry further Vegetation cameras. Instead, ESA and the Belgian Federal Science Policy Office began investigating the feasibility of flying a cut-down version of the instrument to continue delivering data to its users.

“One of our main objectives is to get the new sensor in orbit by mid-2012,” explained Mr Mellab. “This will give us overlap with Spot-5’s Vegetation sensor, allowing us to calibrate the new instrument.”

Belgian companies are leading the project, with QinetiQ Space Belgium serving as the mission’s prime contractor and OIP Sensor Systems subcontracted to develop the Proba-V imager.