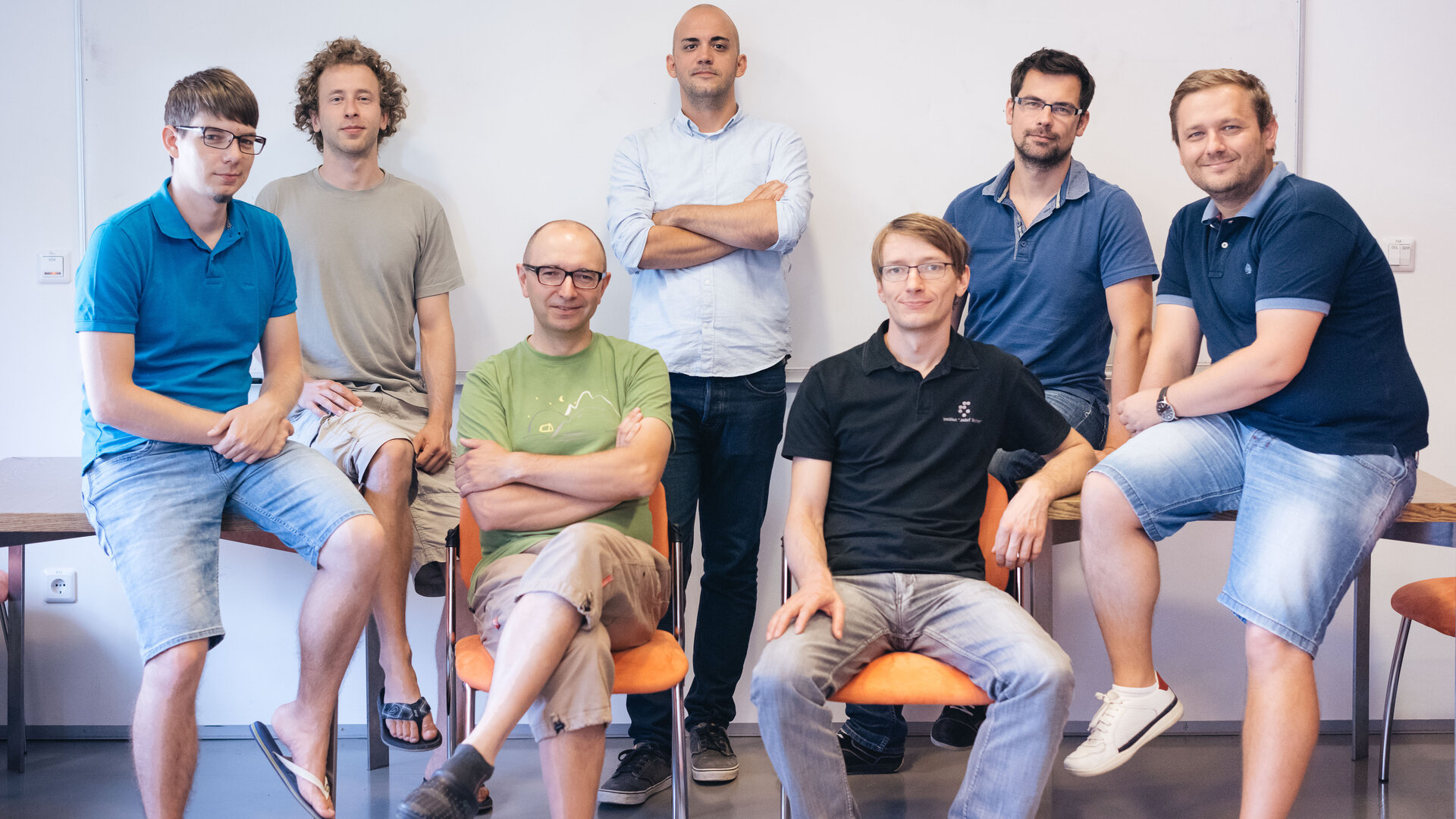 ESA’s first data-mining competition has been won by a team from Slovenia. Contestants were challenged to predict the future status of ESA’s Mars Express spacecraft from past operating data. The results may help to extend the life of the mission, which has been orbiting Mars for 12 years.

After a close-run contest, the winner is a seven-strong team from the Department of Knowledge Technologies of the Jožef Stefan Institute in Ljubljana, Slovenia.

Their prize is an expenses-paid visit to ESA’s control centre in Darmstadt, Germany, to meet Mars Express flight controllers as well as the centre’s Advanced Mission Concepts Section, who helped to prepare this ‘open data’ contest.

“In our day-to-day work we typically analyse data connected to various real-world topics such as medicine, ecology or finance,” explains the institute’s Bernard Ženko.

“This competition gave us a chance to apply our methods to a new and interesting topic: spacecraft operations. None of us had any direct experience of this field, just knowledge of the underlying physics involved.

“Working to deadlines is nothing new for us, but here we could see from the website leader board how much effort the competing teams were putting in. By the end we were staying at the office until 3 am – there was quite a lot of adrenaline involved.”

Their team name was ‘MMME8’ – standing simply for ‘Monday morning meeting’, plus their institute department number. They made use of a computer cluster with 1728 processing units to come up with their prediction.

“A total of 40 teams from all across Europe and the world took part, a mixture of universities and research institutes, companies and individual ‘citizen scientists’,” comments Dario Izzo, scientific coordinator of ESA’s Advanced Concepts Team (ACT), overseeing the competition.

“Contestants received three martian years of Mars Express telemetry, focused on the performance of its thermal subsystem. By applying data mining and machine learning techniques to these many gigabytes of data their task was to derive hidden patterns or trends as the basis of predicting its parameters during the year to follow.”

In the vacuum of space, temperatures can vary by hundreds of degrees, depending on illumination. Mars Express uses heaters and coolers to maintain safe working temperatures throughout the demanding martian year. Whenever its orbit around Mars blocks the Sun, thermal power is provided by batteries – but their performance has degraded over time, reducing the overall power available.

So an ability to forecast the mission’s future thermal power needs more accurately should help to maximise its scientific potential. This will be particularly important once joint observations with ESA’s newly arriving ExoMars orbiter become possible.

This was the inaugural competition hosted at the ACT’s Kelvins website, named after the temperature unit of measurement – with the idea that competitors should aim to reach the lowest possible error, as close as possible to absolute zero.

“Our follow-on computation competition is now live,” adds Dario. “The challenge here is to devise a robust algorithm for startrackers employed for spacecraft navigation, to defy radiation spikes or temperature anomalies to determine their position in space as swiftly as possible.”

Leopold Summerer, heading the Advanced Concepts Team says: “Competitions of this kind are here to stay at ESA. They are excellent ways of getting the wider non-space community engaged with us, to exchange knowledge and expertise.

“Together with other tools such as prizes and grand challenges they complement our traditional interactions, bringing in a wider range of partners in our continued work to inspire, inform and innovate.”