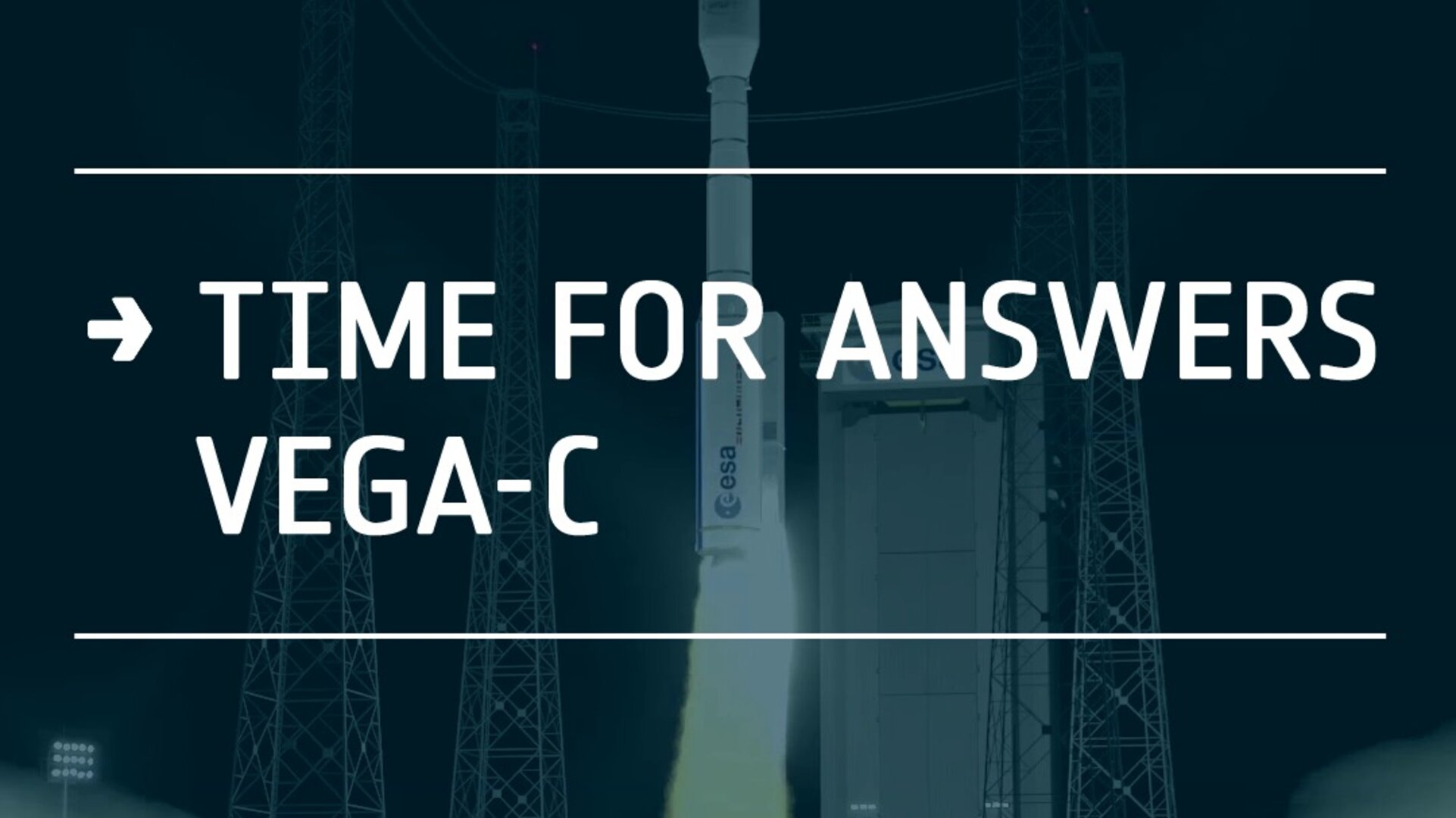 ESA is working with industry towards the maiden flight of Europe’s new Vega-C launch vehicle in 2020 for more launches, with increased performance, to more orbits.

Since the previous update on the status of Vega-C in December, the project has moved into the qualification phase following a successful critical design review in March.

Final tests in this phase will verify the design and manufacturing processes, assembly and flight hardware and software, and associated ground support systems. Computer flight simulations will show the space and ground segment work together as they should. 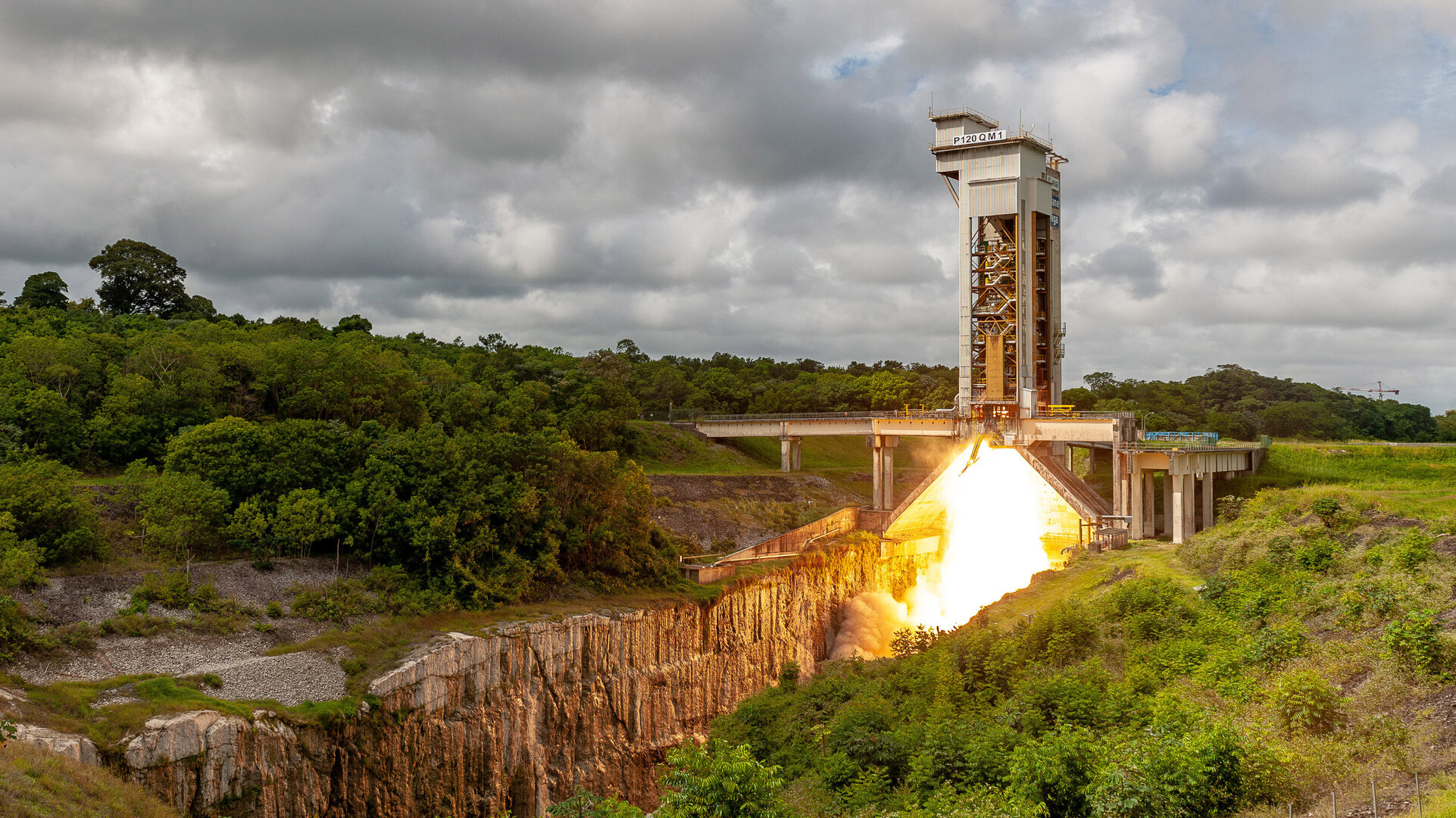 Industry is keeping pace with the tight schedule. The hot firing tests of the P120C first stage in Kourou, and the Zefiro 40 second stage in Sardinia qualify these solid rocket motors for flight. Additionally aerodynamic wind tunnel tests, vibration, structural and shock tests have been performed. These milestones mark the completion of all engine and motor testing.

Reviews of the system and subsystems integrating all launcher system and launch base aspects have also been successfully completed. This will be followed by a launch system preliminary requirements review planned mid-2019.

At Europe’s Spaceport in French Guiana, further adaptations to the existing Vega launch complex in preparation for Vega-C launches have been completed.

Europe’s current Vega has demonstrated unparalleled reliability since 2012 and impressive capabilities ranging from equatorial to Sun-synchronous orbits, from orbital to suborbital missions, from single to multiple payloads.

Vega-C builds on these capabilities and will become the pillar of the Vega Space Transportation System, offering a range of payload carriers for different shapes and sizes of payloads ranging from 1 kg to 2300 kg, for ‘access to’, ‘operations in’, and ‘return from’ space.

In a proof of concept flight this summer, Vega will deploy multiple small satellites using its new payload carrier system, the Small Spacecraft Mission Service, or SSMS, for the growing small satellites market. This rideshare launch will carry seven microsatellites and 35 CubeSats. The SSMS will also launch on Vega-C from 2020 offering 700 kg of extra payload capacity inside a larger fairing.

Additional payload adaptors include an enhancement to Vega’s Vespa payload adapter for dual passengers, and the Vampire for single large payloads.

Developments are underway for a Vega Electrical Nudge Upper Stage, Venus, which will provide the orbital transfer capability to satellites to extend its market reach with constellation deployment, lunar mission and in-orbit servicing.

ESA is overseeing procurement and the architecture of the overall Vega-C launch system, while industry is building the rocket with Avio as prime contractor. ArianeSpace will be responsible for Vega-C commercial operations from Europe's Spaceport in French Guiana.

Vega-Evo, an evolution of Vega and Vega-C, will further increase competitiveness beyond 2025 offering a family of configurations based on common building blocks. The Vega-Evo activities are running in parallel with the Vega-C development.