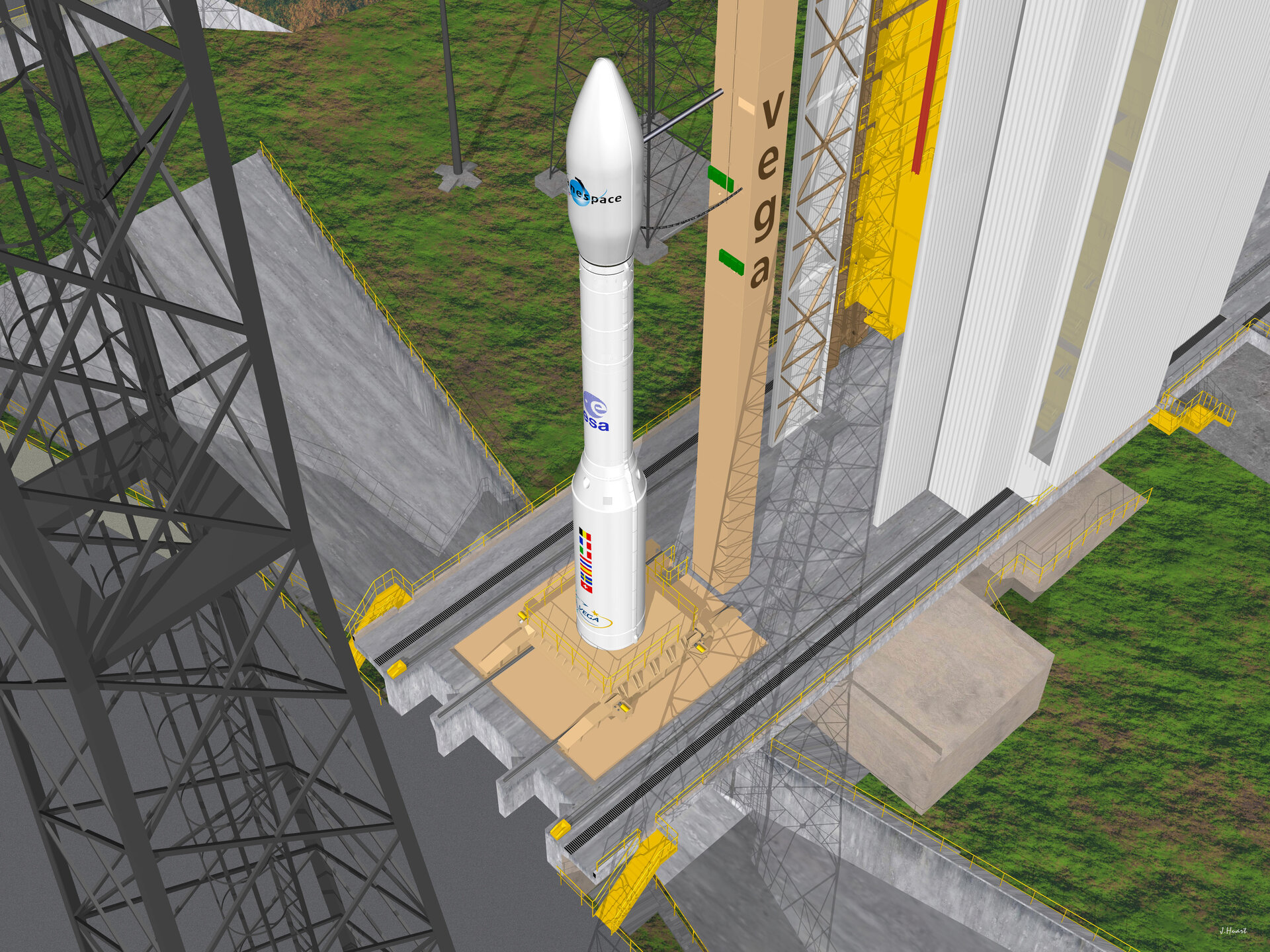 On Wednesday 28 March, at around 15:00, the second firing test of the solid rocket motor ‘Zefiro 9’ – the motor that will power the third stage of ESA’s future small launcher Vega - took place at the Salto Di Quirra Inter-force Test Range in Sardinia, Italy.

The first results of the test indicate that the behaviour of the motor and the actuation of the nozzle were in accordance with predictions up until 35 seconds after ignition, when a sudden drop in the motor’s internal pressure was detected. The pressure stabilised at a value lower than the nominal, leading to a longer combustion time than the expected 105 seconds.

More than 400 sensors fitted to the motor monitored its behaviour during and after the firing test. The first visual investigation conducted on site after the firing showed that the nozzle of the motor was damaged, but no further damage was observed on the motor case or on the test bench.

ESA and Industry teams have already started a thorough analysis and assessment of the data collected during the test. The causes of the anomaly have not been identified yet and an investigation board is being set up for this purpose. The board shall recommend preventative and other appropriate actions to preclude the recurrence of similar anomalies for the finalisation of the motor qualification.

The Zefiro 9 motor is developed by AVIO SpA and is based on advanced technologies in the field of solid rocket propulsion. It has an overall height of 3.17 m and a diameter of 1.92 m, contains approximately 10 tonnes of propellant and provides a maximum thrust of 305 kilonewton in vacuum.

Vega is a single body launcher composed of three solid propellant stages and a liquid propellant upper module. It is approximately 30 metres high and weighs a total of 137 tonnes at lift-off. Vega will be able to launch satellites of up to 1500 kg into a 700 km-altitude polar orbit, and it will also be useable in a wide range of scientific and Earth observation missions. The maiden flight for ESA’s small launcher remains scheduled to take place in 2008.

The Vega launcher is being developed with the support of seven ESA Member States (Italy, France, Belgium, Switzerland, Spain, the Netherlands and Sweden). ESA has contracted the development activities of the launcher to ELV SpA, a joint venture between Avio SpA and the Italian Space Agency (ASI).