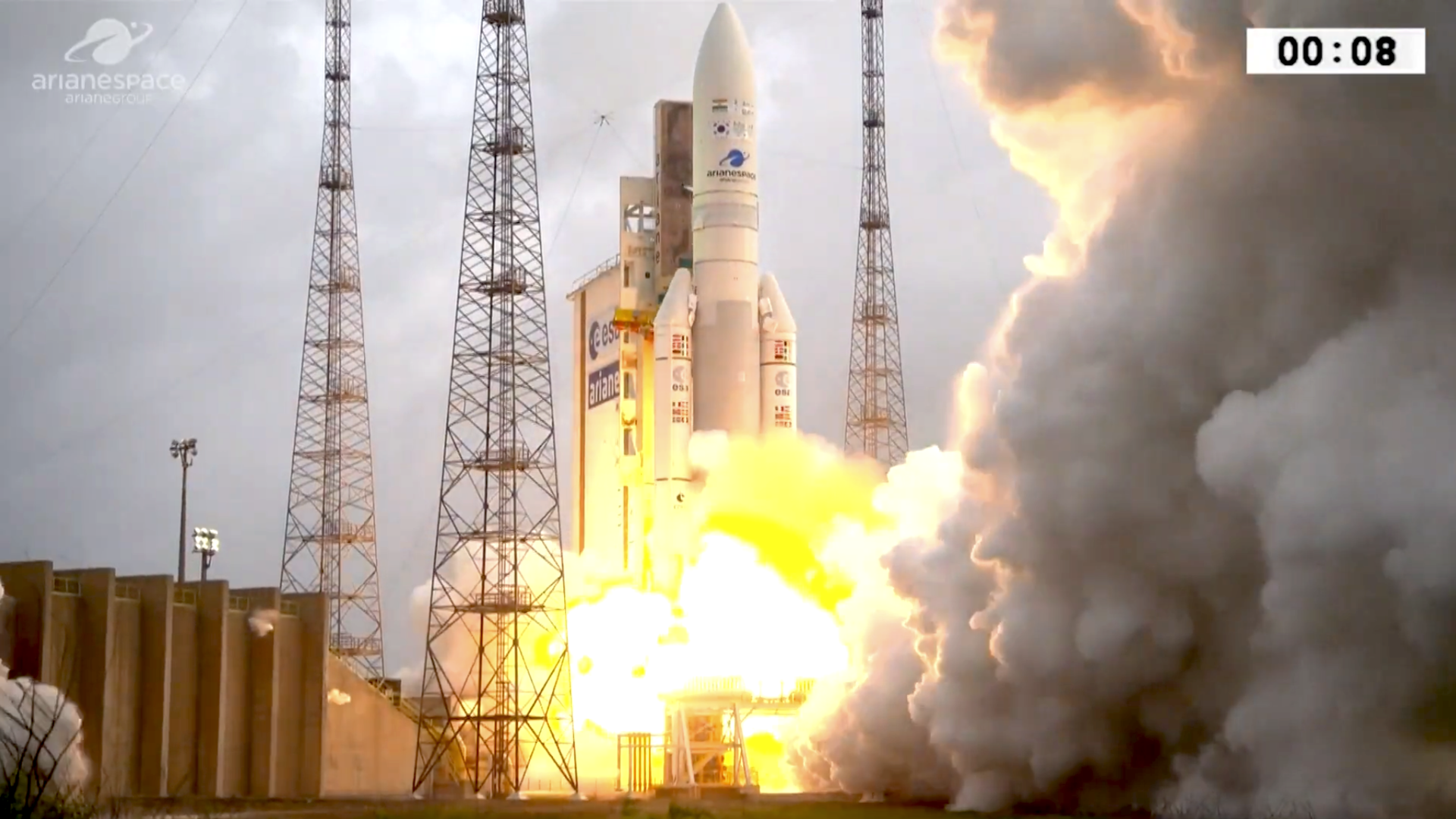 An Ariane 5, operated by Arianespace, has delivered the GSAT-11 and Geo-Kompsat-2A satellites into their planned orbits.

Liftoff was announced at 20:37 GMT (21:37 CET, 17:37 local time) this evening from Europe’s Spaceport in Kourou, French Guiana. The mission lasted about 33 minutes.

GSAT-11, with a launch mass of 5854 kg, was moved into position for release after about 29 minutes. The 3507 kg Geo-Kompsat-2A was released 33 minutes after liftoff.

GSAT-11, owned by the Indian Space Research Organisation, will provide communications services over the Indian mainland and nearby islands. The satellite has a design life of more than 15 years.

Geo-Kompsat-2A, owned and operated by the Korea Aerospace Research Institute, provides meteorological and space weather monitoring over the Asia-Pacific region. The satellite has a design life of more than 10 years.

The performance requested for this launch was about 10 298 kg. The satellites totalled about 9361 kg, with payload adapters and support structures making up the rest.