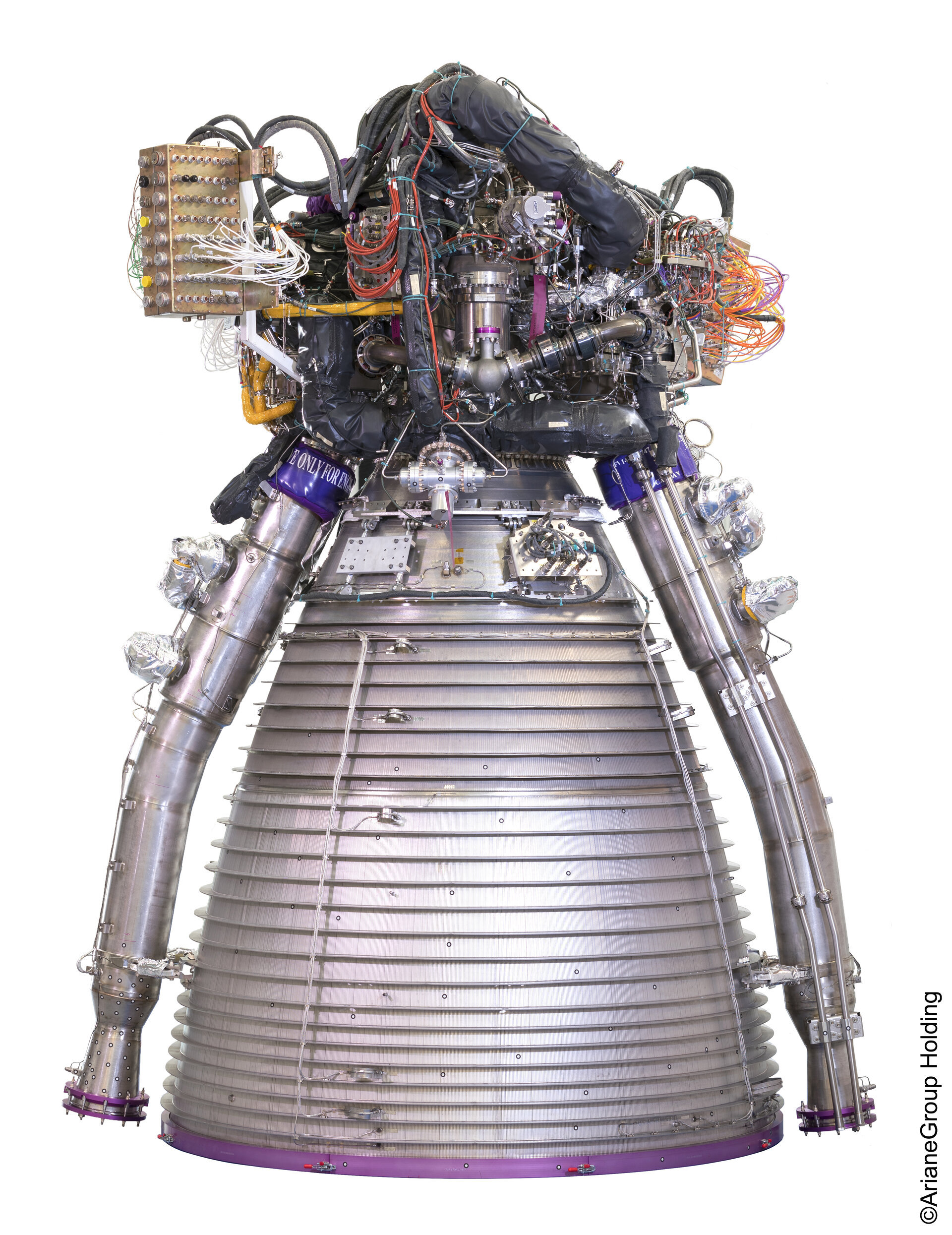 A Vulcain rocket engine recently arrived in Germany ahead of its first test firing in December to demonstrate new capabilities and technologies developed for Ariane 6.

The engine delivers 135 tonnes of thrust in vacuum, and weighs the same as an Airbus A318 jet engine but provides more than 10 times the power.

Vulcain parts from around Europe were assembled at the Vernon test centre in France and a demonstration model was sent to the DLR German Aerospace Center test facility in Lampoldshausen for functional tests.

There are several design updates but the main visible difference between the model powering today’s Ariane 5 and the Vulcain 2.1 for Ariane 6 is the nozzle.

A more robust nozzle was formed by laser-welding two sheets of metal while creating cooling channels inside.

There are two main changes in how the engine works.

Expensive liquid helium is no longer needed because heated oxygen in the exhaust lines now pressurises the oxygen tank.

The new engine is ignited from the ground via the bottom of the nozzle instead of by pyrotechnic devices inside the motor, reducing the cost and weight.