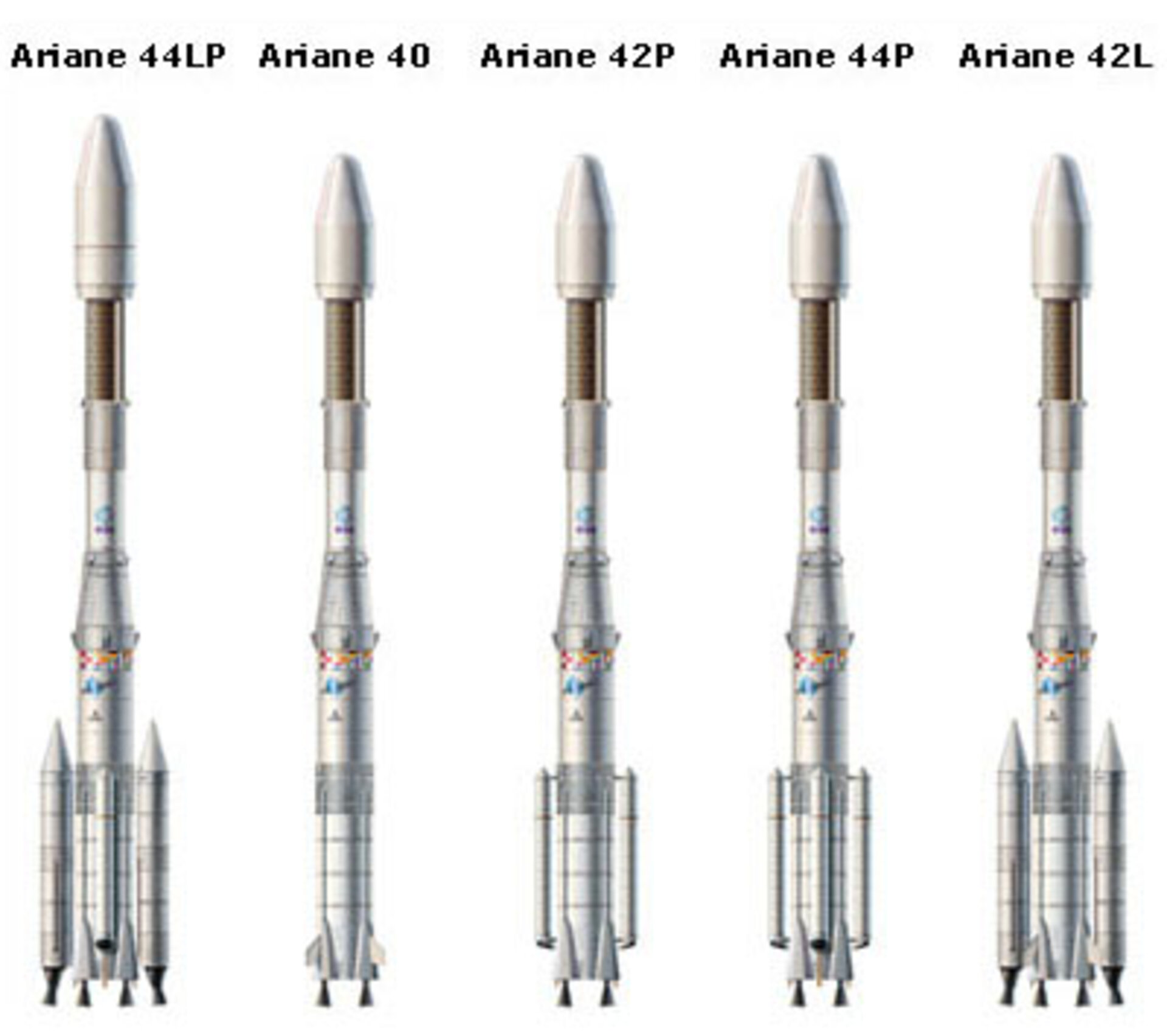 Ariane 4 was justly known as the ‘workhorse’ of the Ariane family. Since its first flight on 15 June 1988 until the last, on 15 February 2003, it made 113 successful launches. The Ariane 4 proved ideal for launching communications and Earth observation satellites as well as those for scientific research.

This launcher was extremely versatile. The first stage could hold two or four strap-on boosters, or none at all. This meant that it could lift into orbit satellites weighing from 2000 to nearly 4300 kg in GTO, nearly three times as much as the Ariane-3 launcher.

During its working life, Ariane 4 captured 50% of the market in launching commercial satellites, showing that Europe can more than hold its own in the commercial launch field.

* With fairing
** Includes mass of spacecraft, dual launch system (if used) and adaptor(s)- Launch in GTO