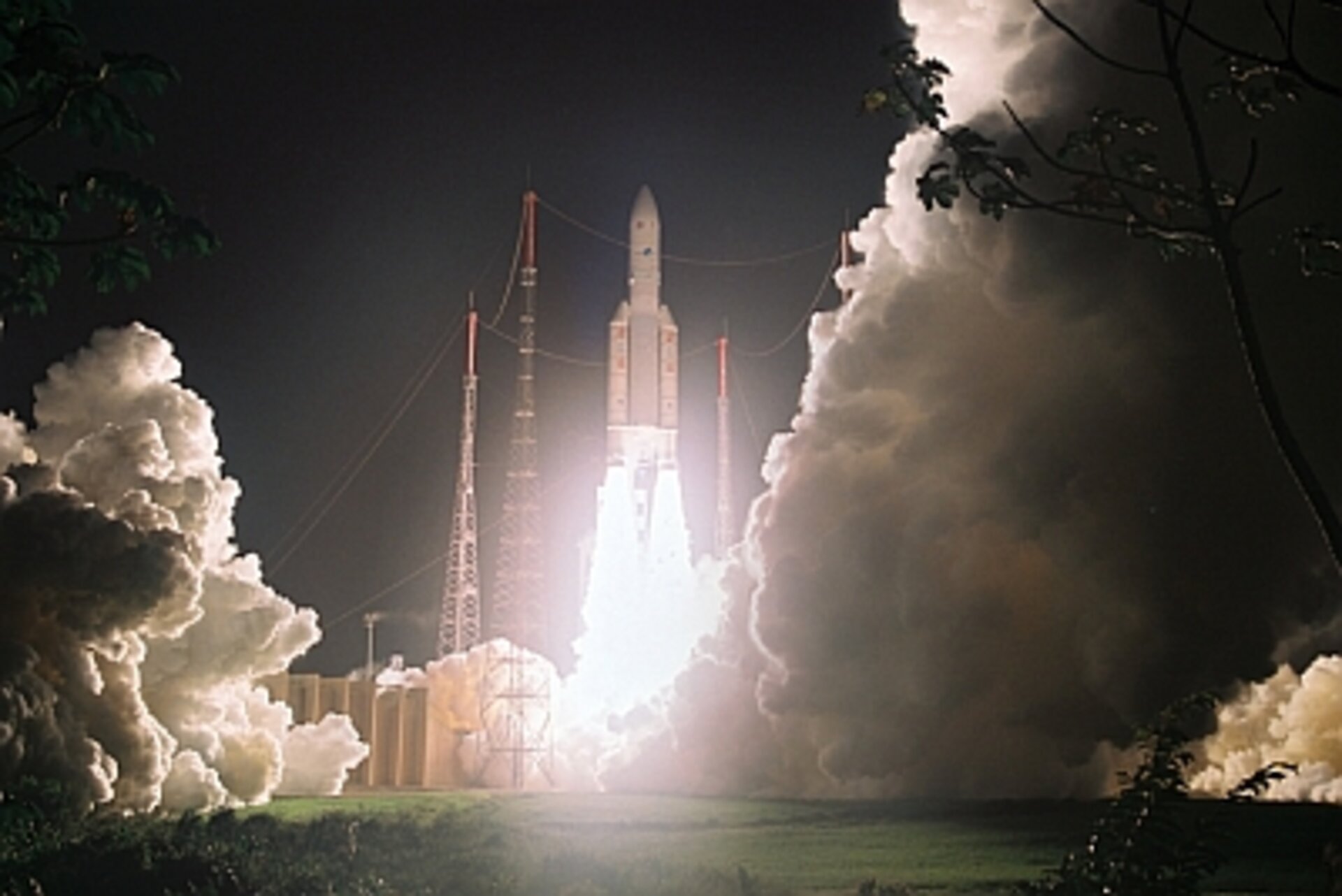 Yesterday evening, an Ariane 5 ECA launcher lifted off from Europe's Spaceport at Kourou, in French Guiana, on its mission to place two telecommunications satellites into geostationary transfer orbits.

The payload comprised Skynet 5C - which will deliver secure communication links for UK government and military users - and Turksat 3A - which will provide telecommunication services and direct TV broadcasting for Turkey, Europe, the Middle East, North Africa and Central Asia. The payload mass was 8541 kg; the satellite masses totalled 7748 kg, with payload adapters and dispensers making up the additional 797 kg.

This third launch of the year keeps Arianespace and Europe's Spaceport on target for the seven missions planned for 2008.

The Ariane 5's cryogenic, liquid fuelled main engine was ignited first. Seven seconds later, the solid fuel rocket boosters were also fired, and a fraction of a second after that, the launch vehicle lifted off.

The solid boosters were jettisoned 2 min: 22 sec after main engine ignition, and the fairing protecting the payload during the climb through the Earth's atmosphere was discarded at 3 min: 10 sec. The launcher's main engine was shut down at 8 min: 48 sec; six seconds later the main cryogenic stage separated from the upper stage and its payload.

Four seconds after main stage separation, the engine of the launcher's cryogenic upper stage was ignited to continue the journey. The upper stage engine was shut down at 24 min: 34 sec into the flight, at which point the launch vehicle was travelling at 9137 metres per second (nearly 33 000 km/h) at an altitude of 649 kilometres and the conditions for geostationary transfer orbit injection had been achieved.

At 27 min: 03 sec after main engine ignition, Skynet 5C separated from the launcher's upper stage, followed by Turksat 3A at 31 min: 31 sec.

The next Ariane launch is scheduled for late June. The Ariane 5 ECA for flight V184 is approaching completion in the Launcher Integration Building and will shortly be moved to the Final Assembly Building, recently vacated by the rollout of V183. ProtoStar 1 and have arrived at the spaceport and are being readied for launcher integration in the S5 Payload Preparation Facility.