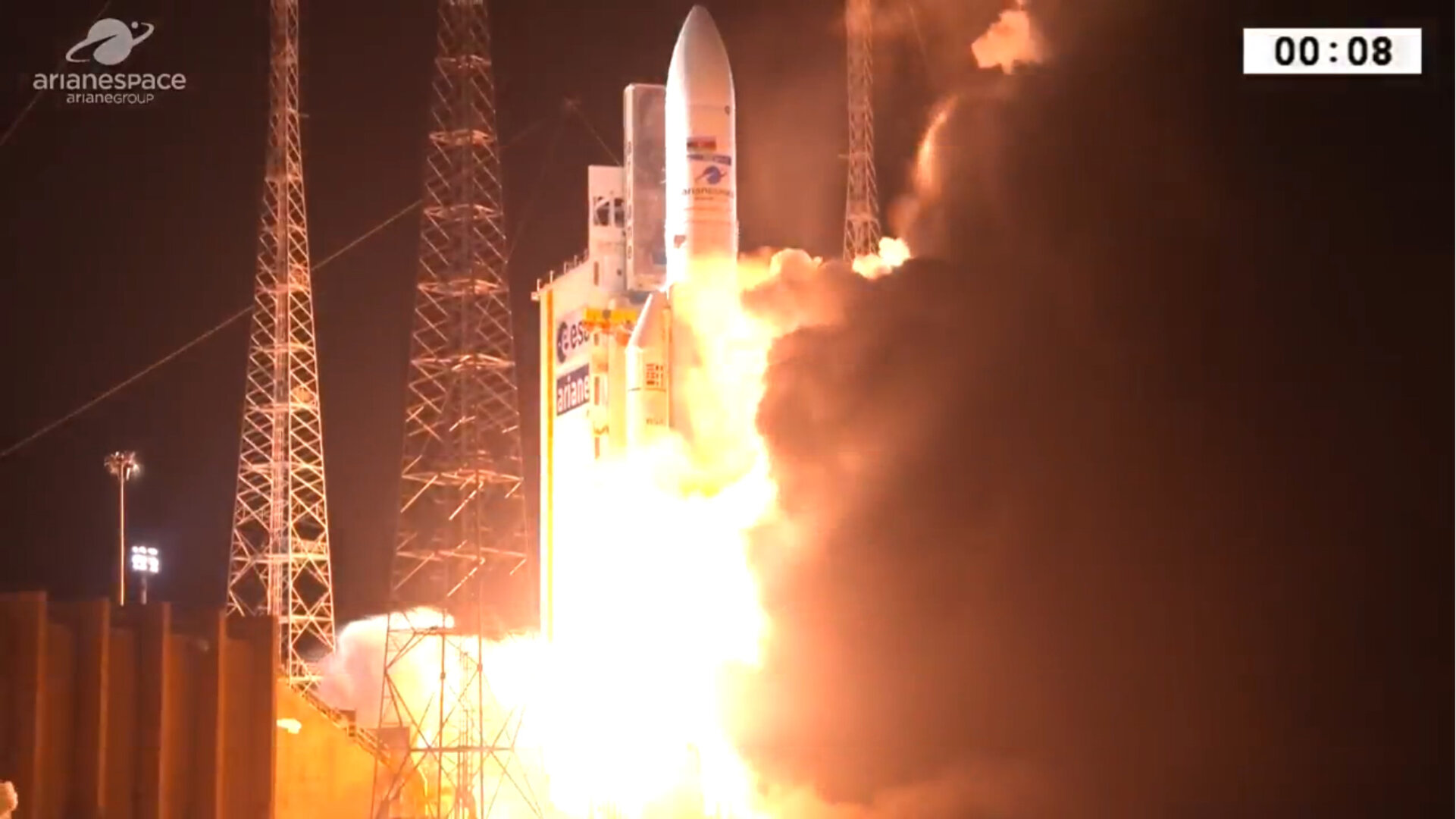 An Ariane 5, on its milestone 100th launch, has delivered the Horizons-3e and Azerspace-2/Intelsat-38 telecom satellites into their planned orbits.

Horizons-3e, owned and operated by Intelsat and Japan’s SKY Perfect JSAT, will provide next-generation fixed and mobile communications to Asia-Pacific and the Pacific Ocean regions. Azerspace-2/Intelsat-38, a multi-mission satellite owned and operated by Azercosmos and Intelsat, provides improved communications for Europe, Asia and Africa. Both satellites have a design life of 15 years.

The performance requested for this launch was about 10 827 kg. The satellites totalled about 9941 kg, with payload adapters and carrying structures making up the rest.

To mark this milestone 100th Ariane 5 flight, ESA is releasing 100 limited-edition t-shirts via the ESAshop.

From 26–30 September all ESAshop t-shirts are being sold at a 15% discount with the code “ARIANE5”.

The ‘My life #withariane’ website set up by ArianeGroup, ESA, France’s CNES space agency and Arianespace, tells the story of this remarkable launcher and how it benefits our daily lives.

Internet users got involved over the summer and downloaded an Ariane 5 Snapchat lens to ‘launch’ the vehicle from unusual places all over the world for a chance to win a trip to see a launch in Kourou.